Previous Post
7 Reasons Why Dubai Is the City of the Future
Next Post
Nancy Ajram, Cristiano Ronaldo and Angelina Jolie to Star in Turkish Production about Syria

15 Insane Facts About Ancient Egyptians That You Probably Didn't Know 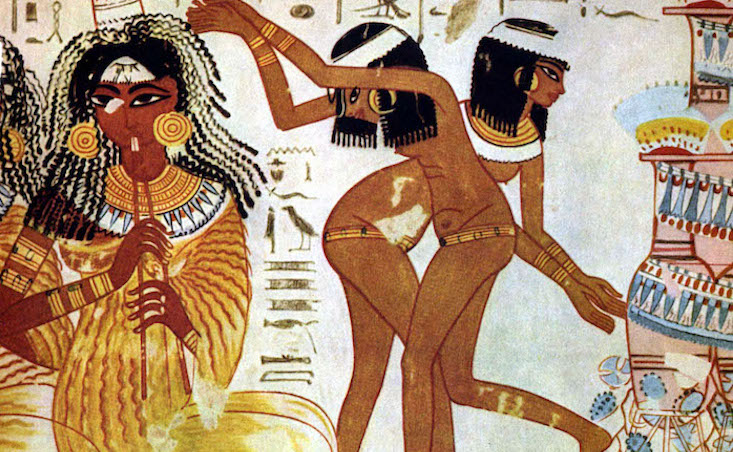 Ancient Egyptians are known to be very bright and inventive people. We invented mathematics, astronomy, the calendar, built the pyramids (without slaves), and even introduced make up in the form of kohl. But among our renowned inventions, there were many other inventions and ideas that were a bit odd and strange. Or perhaps we made them strange with the passing time because Egyptians are indecisive like that. But since Egypt is Om El Donya, we put together is a list of 10 insane facts about our predecessors who, arguably, shaped modern day civilisation.

2. Baboons were trained to capture criminals

It’s no surprise that ancient Egyptians worshiped animals and kept many of them as pets. But apparently baboons were really good at catching criminals. They were also trained to participate in picking fruit, making beer, and dancing. They were so precious that some mummies were later found with tattoos of baboons on their bodies! Maybe they came up with teezak hamra, too!

3. Tutankhamen was born of incest

Yep. Recent discoveries were able to connect the DNA traces of Tutankhamun’s mummified parents, which proved that they shared a lot more than just a marriage – they were brother and sister! Apparently ancient Egyptians also married their nieces – eek. While not all pharaohs were involved in incest marriages, it was a common practice among many ancient dynasties to keep the bloodline as pure as possible. So it’s not so weird when mama tries to convince you to marry cousin Fatima, do as the pharaohs did!

4. Ancient Egyptians brewed beer long before anyone else

What do you do when the Nile water is full of nasties and pollutants that can kill you? And even after you boil it, it’s still not safe to drink? Well, you are growing wheat aren't you? Put that grain through a fermentation process – using the sun and heat, obviously - add spices, herbs, and other fun stuff, so that when you drink it you get warm and happy.

Civilization was founded on agriculture, particularly wheat. If you have a nation of workers, what better payment than bread and beer; it comes from the same thing!

And if you got too drunk, you could just wrap some Alexandrian Laurel – a remedial plant - around your neck, which would instantly cure your hangover. Gosh, our ancestors were geniuses. You don’t have anymore excuses for being hung-over at work.

5. Ancient Egyptian women peed on barley to test for pregnancy

The first record of home pregnancy tests existed in the ancient era of Egypt (is there anything we didn’t invent?). Women would pee on barley and wheat seeds for a few days, and if the seeds sprouted, she was declared pregnant. Ancient Egyptians even determined the gender using the same method. If the barley seeds sprouted, the baby was a girl, and if the wheat seeds sprouted, it was a boy (Do not try this at home either)!

Egyptians and Greeks would also insert a onion into their vagina to determine if they are pregnant, if their breath smelt of onions the next day, there must not have been a baby in their bellies (maybe best you don't try anything in this article).

6. Crocodiles were sacrificed and mummified as an offering to the Gods

As if training vicious cats weren’t enough; our ancestors captured crocodiles, killed them and mummified them as a sacrifice to the Gods. As strong believers in life after death, offering these sacrifices was the ultimate way to worship Sobek – an Egyptian deity associated with the Nile crocodile - after his death. We’re not sure how we feel about this.

7. Abortion was considered a form of contraception

Apparently, inserting crocodile dung and fermented dough into the vagina worked to avoid pregnancy. Seed wool, acacia, dates and honey, and lactic acid produced by the Acacia also worked as a spermicide. But what's interesting here is that the herb Silphium was used to induce an abortion which was considered just another way to avoid having children.

You know the dust powder they use on CSI to identify the culprit through their fingerprints? That’s Egyptian Blue; the world’s oldest synthetic pigment produced by yours truly – ancient Egyptians, not us.

10. Ancient Egyptians shaved off their eyebrows when their cat died

You see that cute kitty that sleeps at your doorstep every night? It’s actually planning to mince you and take over your land!

It’s no secret that ancient Egyptians were obsessed with cats, and even worshiped them, dishing out the death penalty to anyone who murdered one. They also trained them to be vicious exterminators of pests that infiltrated food storage; allowing an agricultural society to dominate the Mediterranean. Cats were so precious that when the Persians showed up using cats as shields, we retreated in fear of killing a cat. So the Persians slaughtered many soldiers, the pharaoh, and took over the rule of Egypt. We always knew kitties we’re the roots of all evil.. or maybe it was the Persians. True story!

Our ancestors mostly consumed vegetables, fruit, wheat, and barley according to researchers who who assessed the biology of mummies. This is also confirmed by the many paintings in Egyptian tombs that mostly show fruits and vegetables being harvested.

15. Virginity and prostitution were no big deal

Being a virgin before marriage was of no value back in the day. Any two parties could engage in a sexual relationship provided neither of them were married. If you were unfaithful, you were put to death. Many scholars have noted this in their research. The goes for prostitution; it was common between the higher ranks. If a woman's husband has passed, she was free to practice the profession. 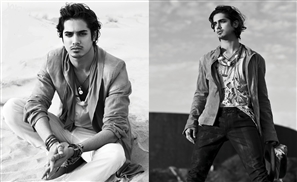