20 Years Later, Eftekasat Are Still Fresh As Ever

Founding members Amr Salah and Samer George of Eftekasat sit down with CairoScene to talk two decades of music, touring, and inspirations. 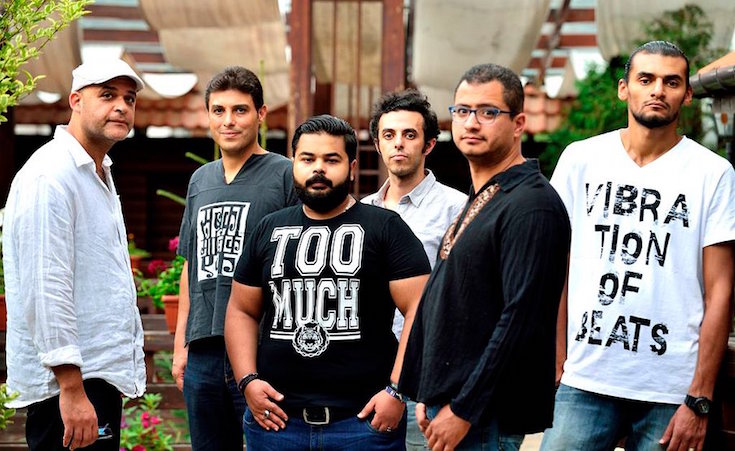 Ahead of their much-anticipated gig as part of CJC’s Mawaweel x El Sat7’s series of intimate performances on the rooftop of the gorgeous Darb 1718 Art & Culture Centre, Samer George and Amr Salah – the founding duo of Cairo’s underground oriental-jazz outfit, Eftekasat – caught up with CairoScene for an exclusive chat.

“Eftekasat was formed in 2001” says Samer George, who’d known keyboardist and composer Amr Salah for 10 years up to that point. “Samer and I were friends for about 10 years before I started writing the music of Eftekasat,” elaborates Salah, whose dream had been to mix Jazz music with authentically oriental motifs. In the mid-90s, the duo went to Bahrain and started working with drummer Amr Khairy, and performed covers songs together until returning to Cairo in 2002. The band debuted original material for the first time alongside ney player Hany El Badry at Cairo Jazz Club’s debut Jazz festival.

“We had a very enjoyable experience together, which I think is the main reason we were successful,” says Salah, who came up with the band’s name spontaneously as a homage to the Egyptian Arabic word eftekes, which was “a new word in the community” he explains. “Everybody was saying eftekes. It was something in the air, so I suggested we name the bad Eftekasat.” The idea wasn't initially appealing to the group, though George jokes that “no one came up with a better name” and they rolled with it.

Since the band’s inception, George and Salah have remained constant forces in its lineup. Amr Khairy departed the project and was soon followed up by Ahmed Hisham on drums, as have a string of drummers such as Ousso Lotfy who, after a brief hiatus and reunion with the band, left the project and was superseded by Sherif Alaa, who joined the project alongside percussionist Hany Bedair and singer/violinist Mohamed Aly.

What do you hope the audience takes away from an Eftekasat performance?

Samer George: Every performance our aim is to make the audience feel something real, authentic, and emotional throughout the performance. We want them to feel the music rather than the musicians. Sometimes trying to impress people with instrumental ability onstage gets in the way of the music itself and that's not what we try to do

Amr Salah: Like a painting, upon a first viewing you get initial impressions, but take a look closer and you’ll discover much more. We try and make music that makes you think, which is not to say that we make overly sophisticated or boring music, but music that captures your interest.

Eftekasat has been around for more than 10 years, what changes have you seen in the Egyptian music scene, and has Eftekasat sound evolved over this time?

Our music always changing, because the world is changing as well. Music is connected to behavior, emotions, love, sex, the economy and even agriculture. Music is very connected.

What has been your favourite performance to date?

Samer George: It’s not easy to pick one venue or performance that we enjoyed the most... Maybe the final show of our 2008 U.S./Europe tour.

Amr Salah: People cried during that last show, they didn’t want us to leave!

Is there a difference between performing locally and performing internationally?

Amr Salah: It's no secret that Egyptian audiences prefer more singer-oriented projects, while in Europe most of the music coming out of jazz bands are instrumentals. There’s a big audience for that sort of music, and people have a respect for it and would sit through a show till the end; it’s like a cultural appreciation for music in the way people are educated.”

Ahead of the Mawaweel show, what does the word 'mawal' mean to you?

Amr Salah: A mawal is like a free form of singing that usually elaborates on a specific topic or tells a story. It's one of the old forms of folk singing that has a rich history in the Arab world. It adds a very emotional, engaging, and sexy touch to songs, and keeps you motivated and eager to hear what’s going to happen next and charges you with some kind of energy, like when a story reaches it's climax. We’re doing something similar this Mawaweel festival; our singer Mohamed Aly is going to be singing some old Arabic poetry and Sufi chanting in the style of a mawal.”

What are you most looking forward to in the CJC x Darb show?

Samer George: Darb 1718 is a place that really complements the spirit of our Ramadan Sufi performance, and we always tackle the Sufi-jazz concept differently during the holy month.

Amr Salah: I hope that listeners would come and see the new songs and compositions we’ve been working on. I want people to come and have a good time, the rooftop at Darb has a really beautiful view. 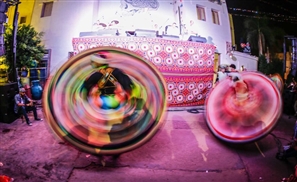 Mawaweel Festival Returns for Round Six This Ramadan

Fresh off the success of the last five years, Cairo Jazz Club Agency and darb 1718 [...] 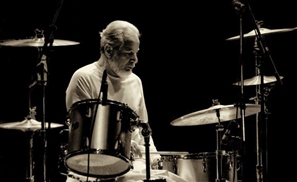 Treat yourself to some superior quality Jazz this International Jazz Day with some [...] 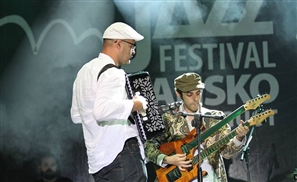 Eftekasat Returns To CJC On Sunday To Unleash Their New Album

Eftekasat, one of Egypt's beloved underground bands, is back with a new album, 'Gar [...]