With D-CAF just days away, we take a look at the venues in downtown Cairo that will be transformed with the annual arts, music and film festival. 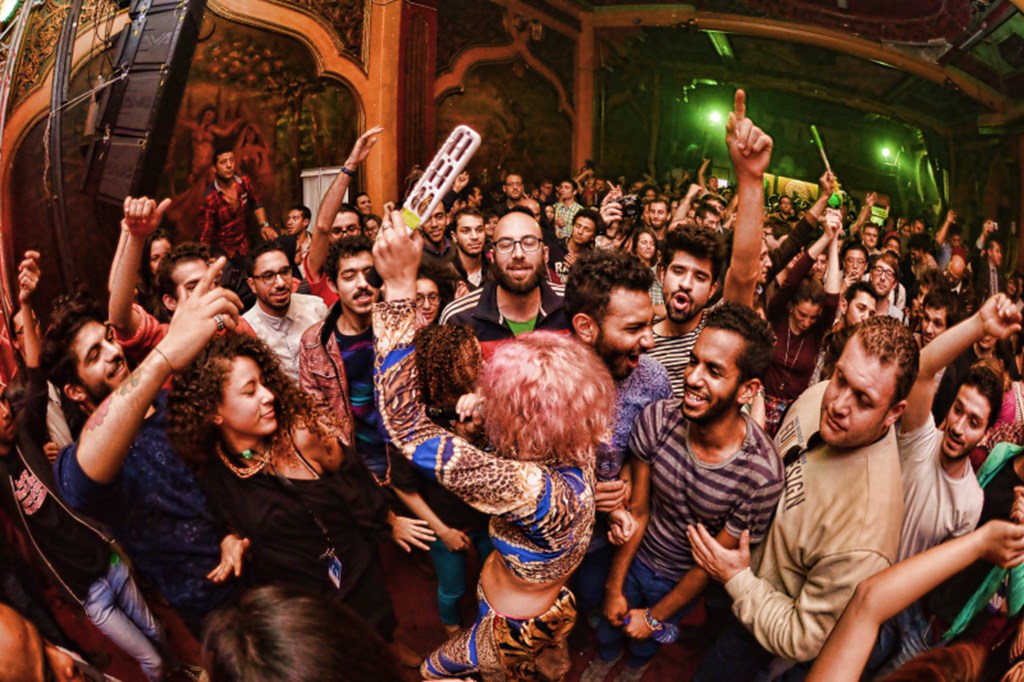 Since its first edition, D-CAF has prioritised the revival of Downtown Cairo as an important cultural hub and, over the last four years, the festival has been able to access and breathe new life into many key venues that form part of Downtown’s cultural legacy. This year D-CAF will be turning some interesting places into cultural platforms for the duration of the festival, here we run give you a run down of all the venues D-CAF events will take place at.

Formerly part of the AUC campus, Orient Productions, in collaboration with the university transofmed Falaki Theatre into a local forerunner in the culture and theatre scenes, featuring various acts from both national and international artists and companies. Once a dormitory in 1968, at the renovated ‘New Falaki’ you can expect most of D-CAF's theatre and dance performances to take place.

Purchased by the American University in Cairo in 1964, and home of the AUC library for decades, this once modern stoic building on Mohamed Mahmoud Street is now scattered with bursts of colourful graffiti since the revolution, a reminder of how much change the city has seen. The building is now being leased to Sawari Ventures, who opened Egypt’s first technology park on its grounds. The inside courtyard will set the stage for some of D-CAF's biggest music concerts.

Undoubtedly one of the most underrated venues in the city. Think high ceilings, baroque murals and nothing but a stage and floor space... that is of course on concert night. The venue is essentially a cabaret on a day-to-day basis, and a reminder of a bygone era. Sherazade’s opulent yet perfectly grimy interior provides the ideal setting for D-CAF’s urban and experimental music programme.

A new venue to D-CAF this year, it will act as the sole venue for the Visual Arts programme. Hosting solo exhibitions as well as a night of performing arts by visual artists.

Zawya, the latest initiative by Misr International Films (Youssef Chahine) is an art house cinema in Downtown Cairo's Cinema Odeon. By making use of already existing cinemas, Zawya screens a selection of award-winning and critically acclaimed alternative and independent films from Egypt, the Middle East, Europe and the rest of the world, giving Egyptians the opportunity to view a lot more than just commercial films. It also provides film discussions, retrospectives and even master classes, making it more than just an art house cinema screen.

Founded in 2006 and recently renovated, Rawabet has become the go-to platform for the independent performing art scene in the country. Formerly a warehouse space, it has hosted theatre acts, musical shows, contemporary dance performances, film screenings, workshops, cultural festivals and symposia, without the usual censorship issues of most venue spaces around Cairo. It will host some of D-CAF's special events this year.

Probably the most interesting addition to the venues this year, the three story emporium in Attaba dates back to 1913; the days when the latest fashion items appeared in Egypt as soon as they were released in France. In 1961, Sednaoui was nationalised and the director was replaced by an army general. This year it will welcome dance performances sas part of the Urban Visions programme that brings performing arts to public spaces.

Home to the stock market building and an abundance of multi-colored plastic chairs that populate its famous cafes, El Borsa has set the scene for many of D-CAF's Urban Visions events, that bring performance and visual out on to the street for the general public to enjoy.

Situated in a spacious Downtown building (yes, there is such a thing), Germany's International cultural institution has had its hand in many of the forward thinking cultural and creative projects happening in Cairo over recent years. Their main aim is to promote the study of German abroad and encourage international cultural exchange, hosting talks, screenings, exhibitions, workshops, and other educational events.