Artist Nora Zeid is Illustrating Cairo in a New Light

Nora Zeid has been turning heads on Instagram with her black-and-white illustrations that celebrates Cairo's contemporary beauty, and the heritage at its foundation.

Gone, it seems, are the days where artists pour themselves into a masterpiece. ‘Art’ is now a competition. Who can be the loudest? Most attention-grabbing? The most trendy and consistent regardless of quality?

There is a deeper urgency behind creating bite-sized viral content than timeless art. But that’s not to say that the two are mutually exclusive. Even on a platform featuring everything from memes to music to pet videos, some rare talents have mastered the skill of carving an authentic space of their own without compromising quality.

Egyptian illustrator Nora Zeid is one of them. Gaining popularity through her black and white illustrations of Cairo, ‘@nazdraws’ on Instagram has demonstrated the impact of developing a craft with purpose. Her work cherishes heritage, be it the poetic decay of old Heliopolis and the characters who live in it, or the heritage of facial features proudly denouncing European beauty standards. 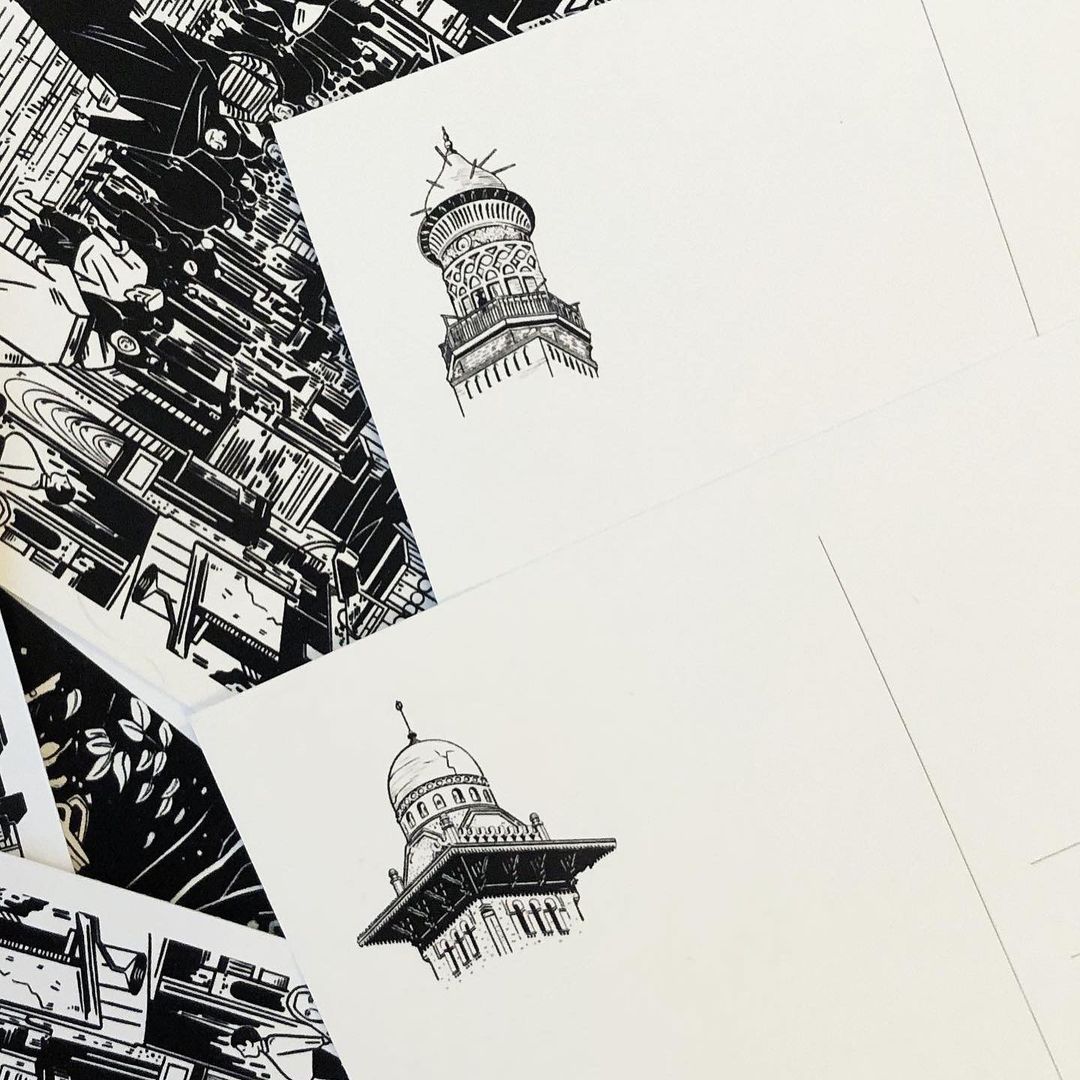 Zeid first started drawing consistently at the age of 12. Not finding it easy to find her “people” in the real world, she found solace and friendship in the characters and surroundings she drew. “Saturday was my favourite time of the week ‘cause I’d have a two-hour drawing class in the morning,” Zeid tells CairoScene. “All of my electives in university were illustration.” 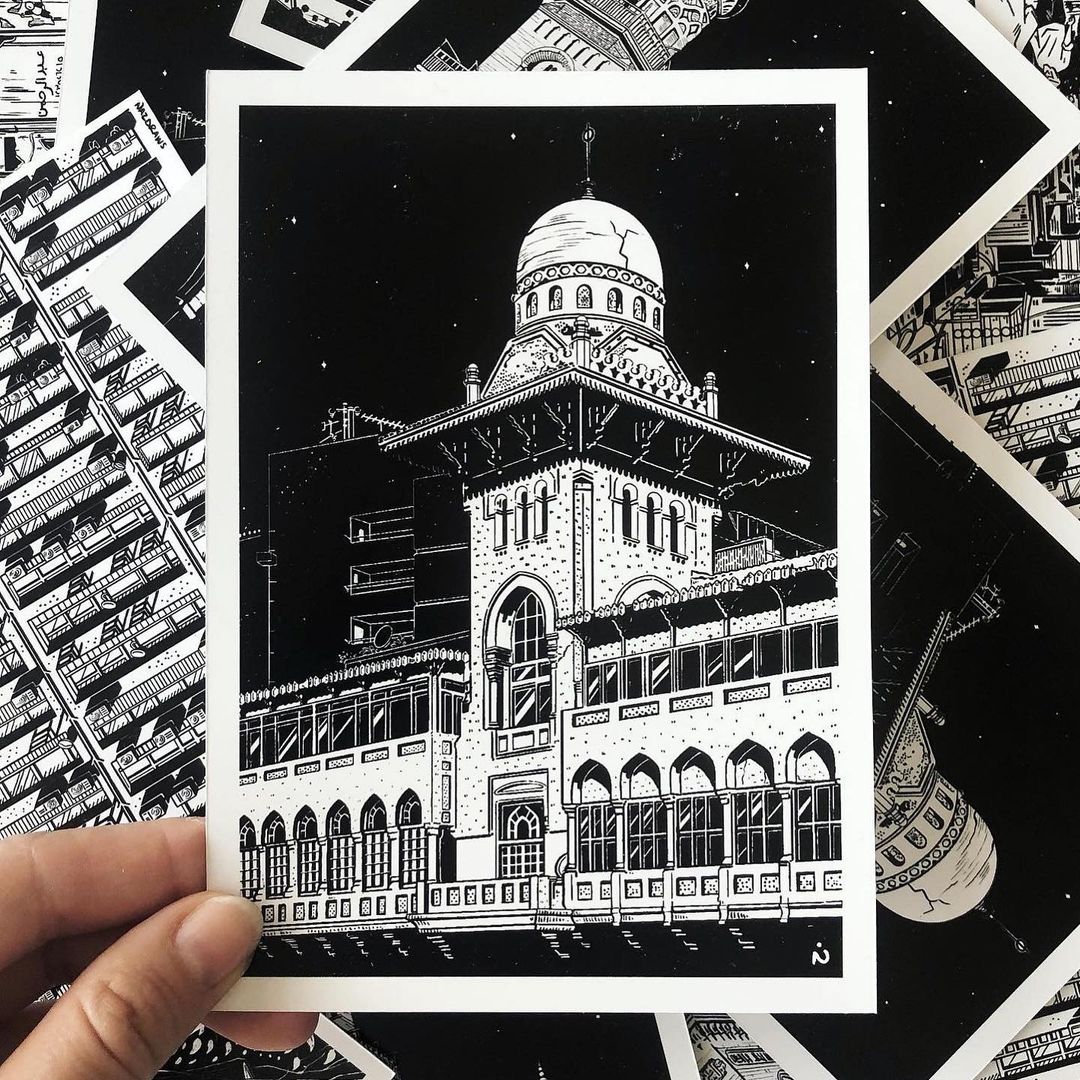 Zeid has since turned her practice into a career, beginning the very series that turned heads: #CairoIllustrated. These depictions of Cairo are monochromatic – an intentional decision to highlight the stark intricacies of Cairo’s buildings, streets, and faces sans colourful distractions.

The result? Images as filled with life and noise as the city itself.  When asked why Cairo is the central motif of her work, aside from the obvious reason that she’s from there, Zeid pointed to an overarching cause. “I really wanted to challenge people’s views of our heritage in Egypt,” Zeid says. “Whenever someone says ‘heritage’ we think ‘ancient heritage’, pharaonic, Islamic, Christian, Coptic… Anything that’s modern or contemporary isn’t considered ‘heritage’ as such.There are a lot of changes happening in Cairo on an urban level so it was important to me to talk about safeguarding our modern heritage.” 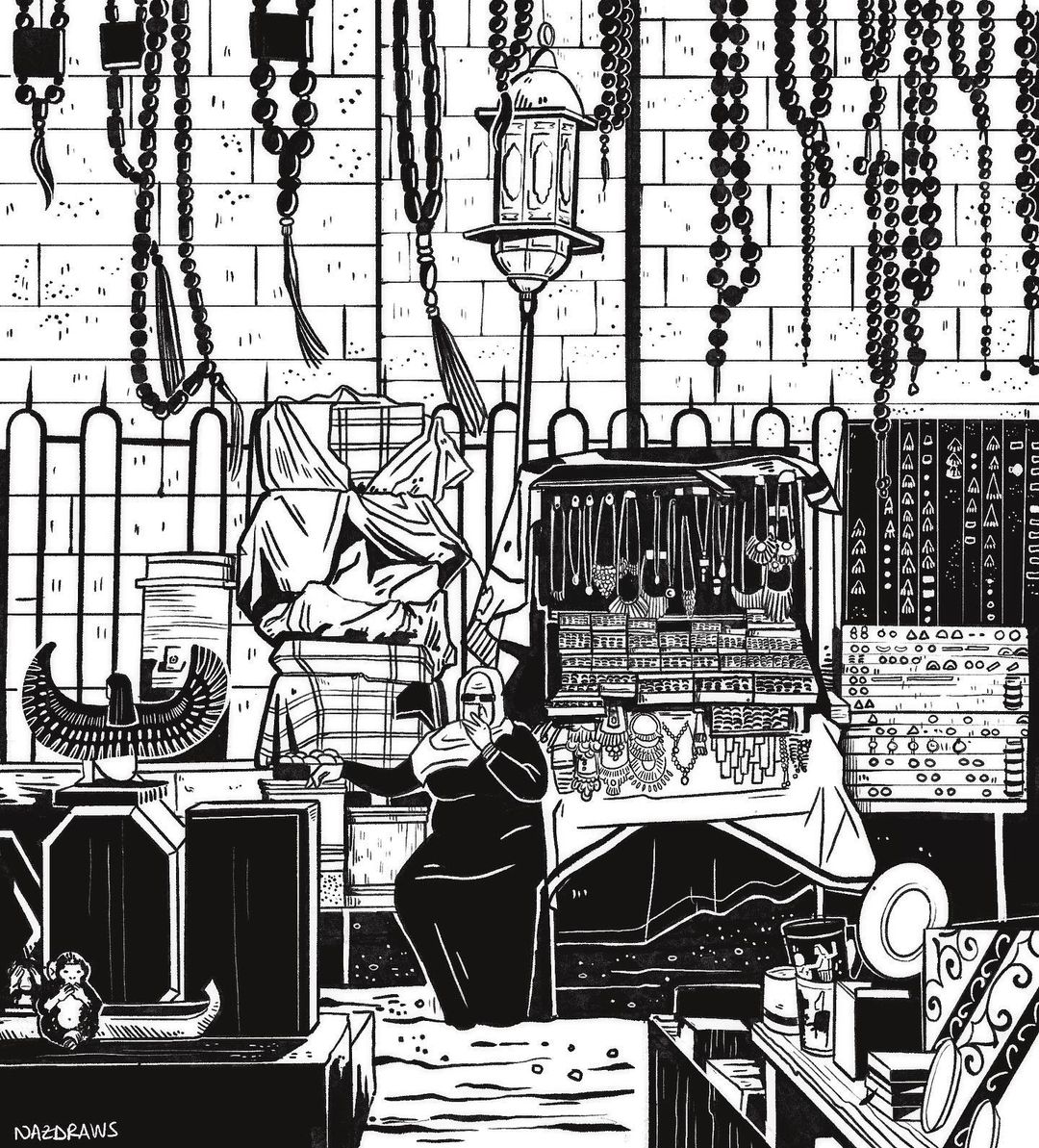 To Zeid, appreciating the richness of Egypt’s culture doesn’t merely lie in monuments and temples. Entire neighbourhoods carry the legacies and stories of families who have lived there for generations. The depth of her process reflects that of her message, with most sketches taking sometimes thirty to forty hours of work. “I just keep adding details based on the reference images, including as much as I can,” Zeid adds. Alongside this more personal passion project, Zeid extends her talent commercially, working with the likes of Google, VICE Media – even creating cover art for some of the biggest tracks to come out of the MENA region. Zeid’s distinctive style left its mark on the cover art of Big Hass’ infamous ‘Sudan Cypher’, which has racked up over one million streams online since its release in 2019. 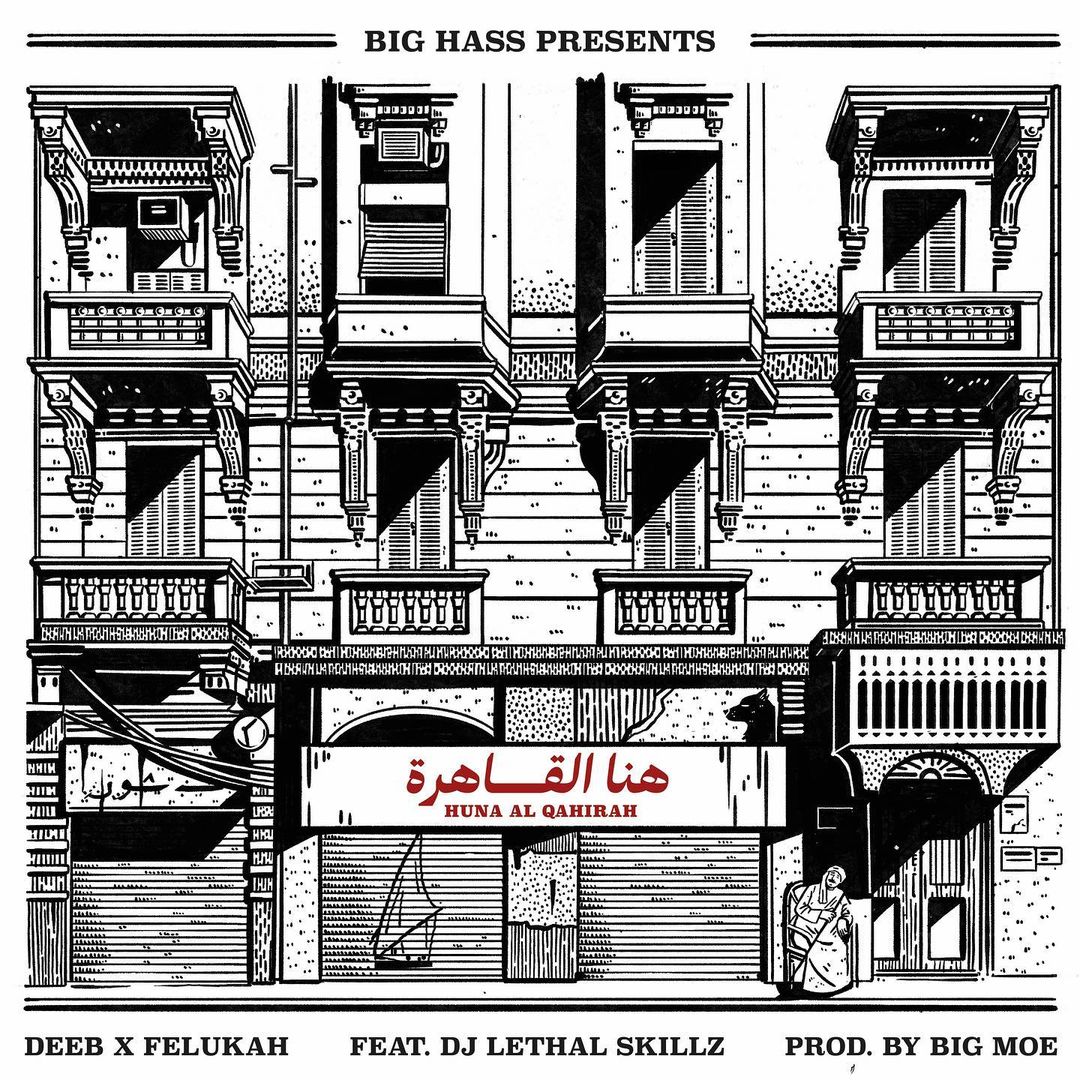 When asked what her next dream project is, Zeid laughs, blanking. “I don’t know! Google was a pretty big one. Glad I ticked that off.” Later, she shares that the New York Times cover would be a dream, or creating cover art for an iconic artist like Egyptian group Massar Egbari. 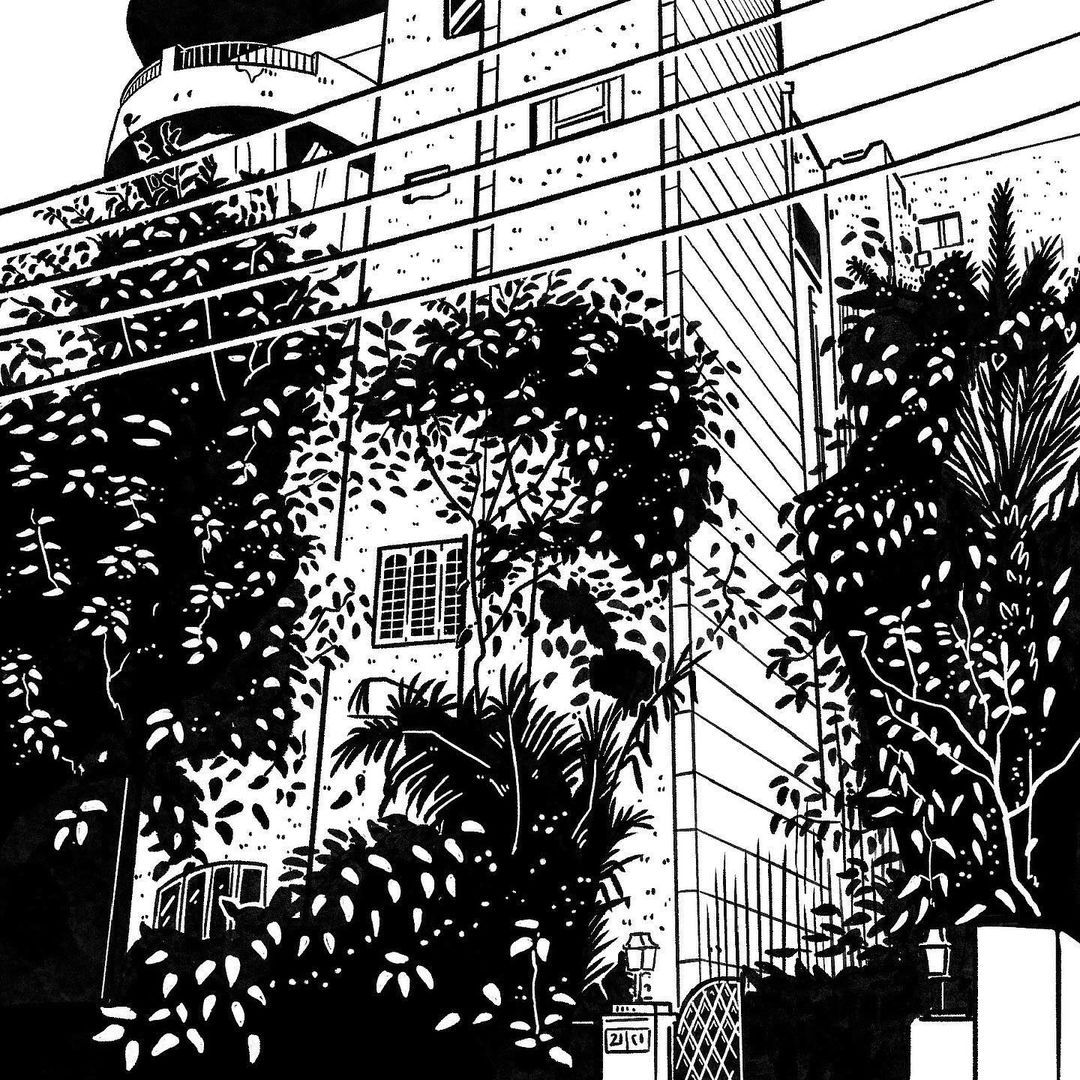 Zeid has had her work exhibited extensively where she resides in Dubai with Tashkeel and the SIKKA Art Fair. She also recently had an exhibition at the Cairopolitan Group Exhibition in Cairo. Still, Zeid’s illustrious work doesn’t just exist online or public spaces. Her prints are for sale, allowing fans of her drawings to take for themselves a piece of the city that has her heart.