Sherif Adel's Barbatoze Comics have been adding a touch of much needed humour to our big, fat Egyptian lives. We speak to the talented illustrator about his motivation and even get him draw something especially for us... 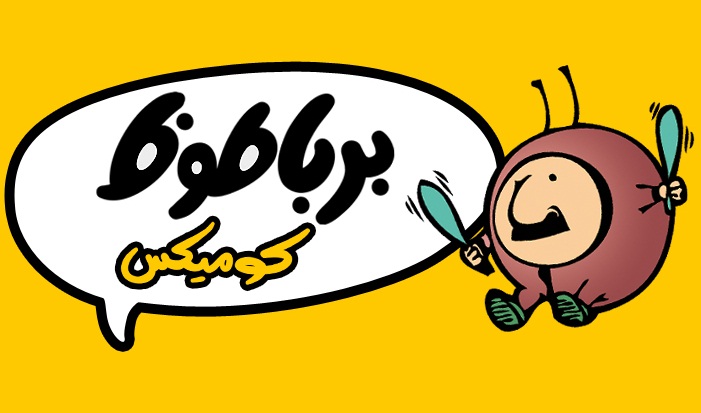 A small community of very talented illustrators has cropped up in Egypt and, with the slapstick comedy that is goings on of our government, there's never been more material for satirists to work with. One seriously cool illustrator is Sherif Adel - the man behind Barbatoze Comics - whose vibrant comics strips caught our attention in the Daily News Egypt, where his signature style pokes fun at every day Egyptian lives. We talk to Adel about his inspiration, creative process, East-meets-West mash-ups and even ask him to draw a little something, especially for us...

What got you into illustrating?

I grew up reading a lot of comic books and magazines, and always had a big obsession with it as a form of story-telling. I used to draw my favourite characters from cartoons and video games, as young as I can remember. Later, at school, I remember making comics about my circle of friends in empty copy books. So I spent a lot of time learning to draw for fun. Two years ago, I made the decision to try to get into the field professionally.

Is there a specific cartoon, animator or artist who inspires your illustrations most?

I pick up stuff subconsciously from everything I read or watch so it's hard to say which affects my style the most, but there are a few artists who inspire me: Ma’louf (cartoonist), Hatem Fathy Aly (cartoonist), Hicham Rahma (cartoonist), Bryan Lee O’malley (graphic novelist), Anthony Clark (cartoonist) and Ibraheem Youssef (illustrator and designer).

Which is your favourite comic strip you’ve made and why?

I love the ones where I get to mash up Western media with an Egyptian setting. As an example, I made this comic strip called Lan A3esh fe Kimono Aby (I Won't Live in my Father's Kimono) where I put the Ninja Turtles and Splinter inside an Egyptian mosalsal setting. I always enjoy it when I get to do stuff like that, cracks me up.

How happy are you that Morsi is in charge? It must be constant material…

Definitely! I am baffled by the amount of comedy gold that can be extracted from his speeches. I mean, how does he come up with this stuff? And, more importantly, why does he insist on improvising his speeches? Why not hire someone to write it for him? We may never know...To tell you the truth, the moment it was announced that the final elections would be between Shafik and Morsi, I knew it was a win-win situation for cartoonists and comedians (but also a lose-lose situation for the country).

What’s your creative process? Do you plan what you’re going to draw beforehand?

I try to see the lighter side of things daily. So it usually starts with an idea that came from recent events, a personal experience or something I saw on the news or on the internet. I let it ferment in my mind throughout the day, slowly shaping it into it’s final form. After that, I draw a thumbnail sketch for the characters, setting, panels, and script. Finally I redraw, ink and colour it.

Where have you been published so far?

I contributed a comic for Kalimat Magazine that was published in their winter 2012 issue. A story I made during the 24 Hour Comic contest held by the 9th Art Institute was published in a collective book called Enta 7or (You're Free) and I’m also currently doing a weekly comic strip for the Daily News Egypt.

Can you illustrate for us a transvestite dictator gorilla preaching to an army of confused pterodactyls about gay marriage, the scene is set in the Antarctica. The UN are flying overhead in jet packs trying to drop off packages of Ikhwany beards. Kofi-Annan's jet pack does not work.

I played around the idea a bit and came up with something a bit different but more representative of my work. Hope you like it!

Keep up-to-date with Barbatoze Comics on the Facebook page here, or check out http://barbatoze.com/ 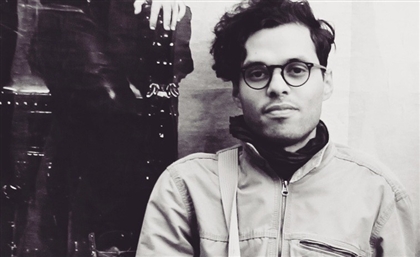 Out of thousands of entries, the man known as Oracle Ostraca has found himself on [...] 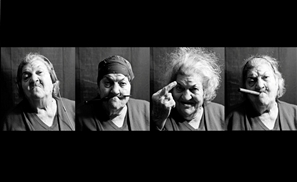 The Battle for Power in Zamalek

Following the decision for an independent Zamalek, Mouwafak Chourbagui is back to [...]