It's the 8-Mile lifestyle. 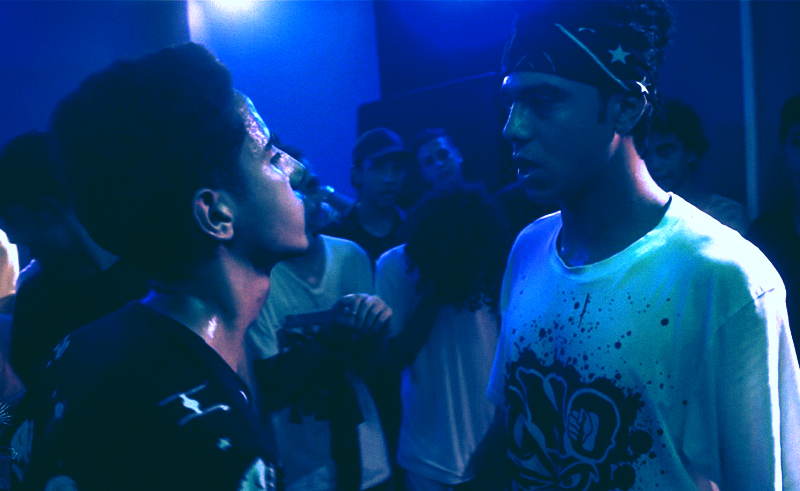 If we are to explain ‘Battle-Rap’ to the layman, we would describe it as a war of words. In a rap battle, two rappers oppose each other, and each takes their allotted time (3-5 minutes) to attack their opponent, exposing the worst about them and aiming to turn them into a laughing-stock. This, however, doesn’t necessarily warrant a physical fight between them because, after all, this battle-rap is a sport, has its rules and traditions. It is a historically significant component of hip-hop culture and occupies a livid space in the hip-hop scene in Egypt.

An initial question to answer about the practice would be about its situation as a musical form. How is battle rap music? Rap is originated and rooted in poetic practices: it is heavily reliant on rhetorical skill and technical and linguistic aptitude. The talent and art lie in the skill of delivering words with potency and intelligence. The point is not exactly to hurt your opponent. That’s why physical contact is completely prohibited. The point is to show off how more skilled of a rapper you are, and how worse your opponent is as a rapper and a person.

Battle rap has a long presence in Egypt but originated in its primal form: ‘Rap Circles.’ A circle in its basic form is a gathering of rappers and fans who love a good challenge. They would come together to freestyle, rap their latest, or challenge each other for battles. Circles used to come together all around Egypt, from San Stefano, Alexandria to Zamalek, and in Sharqeya and other cities and areas too. Where there is rappers and rap-fans, there is potential for a circle.

Here is a circle from Alexandria, back in 2014:

Inevitably, the circles had to grow into a more organized and developed form: rap tournaments. There are 3 tournaments around Egypt right now, and all of them were originally circles.

Rap OR Die, for example, was founded in Cairo by Lord and Farghaly, two experienced rappers in 2017, with a larger team of youth like their Director of Photography, Mostafa El Nemr.

It’s not an easy task to put together a tournament. Organizers must find places that would agree to host them, knowing for sure that there’s a 90% chance the raps would get obscene. According to Farghaly, “it’s hard to find a place that would commit to hosting a tournament. Actually, sometimes they could cancel on the day of the tournament.” Most often, people refuse to host because they don’t understand. To them, it is just a bunch of kids cussing out each other. But it is a sport!

Rap OR Die is not solely restricted to rappers. It includes another competitive event under the name “BeatMakers Battle,” which is essentially a battle between producers. It’s like a rap battle but the weapon is the beat, rather than the words.

In order to produce a complete piece of content for people to watch on YouTube, the people at Rap OR Die invest in getting equipment, cameras and lighting set-ups. Mostafa El-Nemr is in charge of that, because he is the most experienced in the field, with the added benefit that he owns his own equipment and microphones. But, of course, they end up renting additional cameras to film from different angles. The group is quite big on YouTube. Their total views are 2 million, and their most-watched video reached 200K views.

This form of art may seem Westernized and foreign to our typically conservative culture. There’s always the notion that our society could collapse, and our kids would be morally corrupted if they listened to the typically profane lyrics that characterize rap. We hear much worse just by walking in the street. But people must understand that battle rap is not built on hyperbolic vitriol; rather, an insult is an optional tool in a deeply technical battle of words. Again, the intention is for a battler to flaunt their skill and undermine their opponent, all while maintaining a rapport of sportsmanship. The point of boxing someone is not particularly about hurting them. And the battles take place within rules, boundaries, and traditions.

There are rules that govern battle culture. For example, no battler is allowed to insult another’s family or religion. Mothers, sisters, and God are off limits. Otherwise, they have the absolute freedom to destroy each other, using naughty words and sexual innuendo. Sexual innuendo is arguably one of the tenets of our pop-culture. It’s an artist’s way of navigating conservative regimes and communicating with their audience on a personal level.

People might question what’s actually cool or enjoyable about watching a rap battle: basically, two grown adults standing in front of each other and not being nice to one another. It takes talent, discipline, and hard-work to battle someone. If the rap isn’t freestyled, it’s often prepared in advance by the battlers who study their opponents and find out their weaknesses and dark secrets in order to use them against them. And it takes structure, rhyme, rhythm, and meter to deliver a truly disrespectful verse. It could all be improvised, but that takes experience and practice. Otherwise, it could turn out disastrous like what happened when Hamboli failed to keep up with Zara.

Battle rap in Egypt is quickly evolving and always renewing itself. It’s no longer, for example, restricted to colloquial Arabic, and there’s no rule against the use of classical Arabic. You are free to create and innovate, as long as you spit powerful rhymes. A prime example is this battle between Ahmed Imam and Kayal, for which Rap Or Die traveled especially to Mansoura.

The fanbase of battle rap has largely expanded beyond Cairo and Alexandria. In Tanta, as well, it grew under the name of Street Fighting, and it’s still flourishing there. Cairo and Alexandria remain the cities densest with music, rap or otherwise. Finally, we must understand that battle rap is integral to hip-hop culture and its scene in Egypt, and its success in imposing itself predicts a stronger future for this art form. 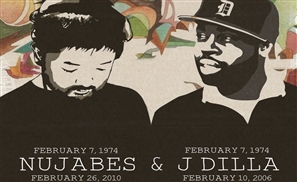 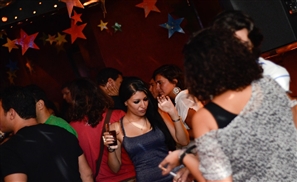 The Return of Hip Hop at CJC

DJ A.K. is back on the decks at Cairo Jazz Club this week and ready to drop some [...] 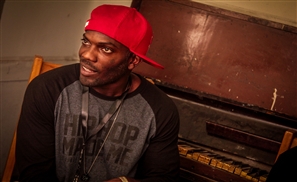 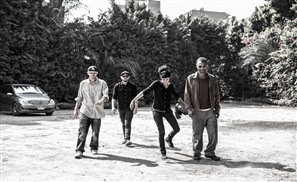