Previous Post
The Prophet to Be Screened at Doha Film Fest
Next Post
Is Prince Harry Dating This Egyptian Heiress?

Bellydancer Show Gears Up for Comeback?

Following a premature hiatus after just one episode, 'El Raqisa' is set for a comeback after a debate airs tonight to gauge public opinion on the matter. We speak exclusively to top producer Ahmed Khedir to find out what all the fuss is about. 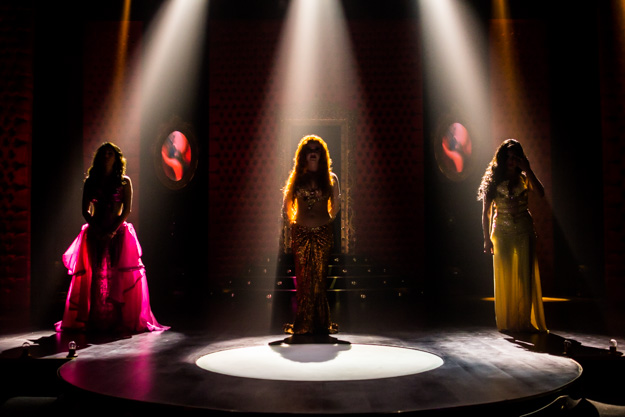 TV bosses are gearing up for the return of El Raqisa just days after it was put on hiatus following outrage from Islamic hardliners. The reality TV contest - aired on Al-Kahera Wal Nas - was put on ice after just one episode following complaints from right-wing scholars, who branded the show "pornographic." However, we can exclusively reveal that tonight at 10PM, a panel discussion designed to address the views of experts and opinion leaders from across several different fields will be aired on the channel.

The move comes after the show's premiere screening was slammed by a small number of religious hardliners within Dar-Il-Ifta. Samir Sabry, a lawyer speaking on behalf of Sheikh Khaled Al-Gendy and Sheikh Mazhar Shahien, branded the show “the same as any pornographic programme,” and demanded that it be cancelled.

The lawyer added “that there is a huge different between freedom of creativity and rudeness,” and demanded the referral of the channel owner to the penal court. Legal experts are now launching a case.

However maverick TV boss Ahmed Khedir, a top ranking Al-Kahera Wal Nas Content Executive, today spoke out to slam the comments, branding the people behind the law suit "extremists." He says "I think anyone who tries to stop others from doing something is an extremist. It's OK if you don't want to watch something but to attempt to forbid it for others based on your own personal beliefs is wrong."

Meanwhile, Khedir also lashed out at critics for wasting government resources on the show. "You look at all of the problems in Egypt at the moment and think 'is this really something that we should get the government involved with?'" he tells us. "It is a waste of their time - they have bigger fish to fry."

Thus, Khedir announced that the channel plans to host a discussion programme about the future of dance in Egypt at 10PM tonight. The panel will include the show's host Tarek El Shenawy, novelist Abdel Meguid and director Haa Khalil. The discussion is designed to gauge public opinion regarding the show's future, as well as reveal the feedback they got from a private screening of the first episode to a varied audience at a top Cairo hotel last week. Meanwhile an op-ed piece in a national newspaper has argued that the show would not receive any backlash if it were produced abroad for an Egyptian audience, while many side with the opinion shared by Al-Kahera Wal Nas execs - that banning one show will set a negative precedent for all arts in Egypt.

Khedir tells CairoScene: "In our opinion it is one of the best shows on TV. It's a fantastic format which celebrates the Egyptian art form and could be used abroad. The reason we are holding a discussion tonight is to gauge public opinion on whether dancing should be allowed in Egypt."

"If we ban the show then where do we stop? Do you ban dancing at weddings or during Eid? So You Think You Can Dance about to be aired on another channel. Are we going to ban that too? If we start by banning El Raqisa then who knows where we will stop," he added.

However, Khedir admits that the channel would be forced to scrap the show if national opinion was against it. "If public opinion says that we shouldn't have a show like this on air then we will take it off air permanently. We are willing to listen everybody's voice and take a decision based on that. We will be extremely disappointed if it doesn't happen but we have to accept what people want."

"The girls themselves will be distraught. What happens next truly is in the hands of the people," he adds.

The discussion show is due to be screened at 10PM tonight on Al-Kahera Wal Nas. 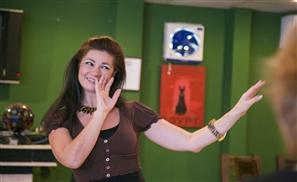 Lorna of Cairo: Bringing Back the Art of Belly Dancing

Kurt Galalah meets with Cairo's resident Scottish belly dancer as she puts on [...] 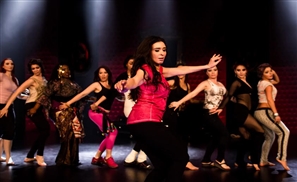 The first belly dancing reality show in Egypt was pulled off the air after just one [...] 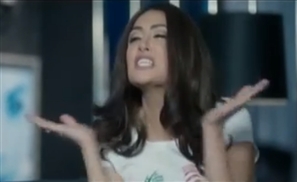