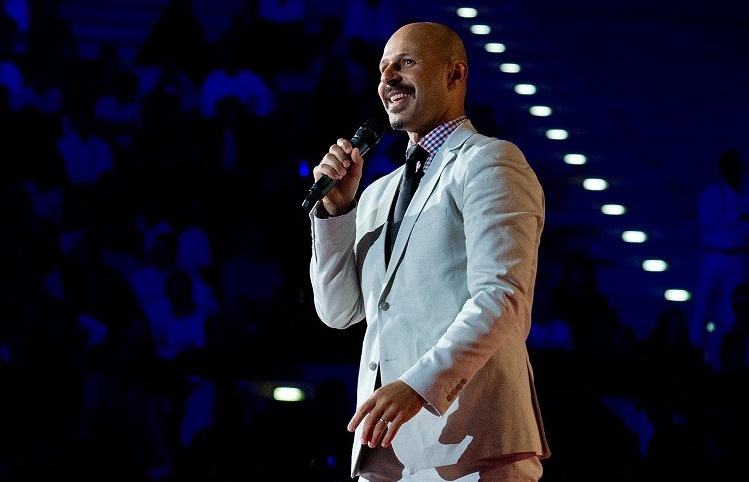 An imam, a rabbi, a Buddhist monk, and a Catholic priest walk into a bar. The bartender looks up and says, “nice try.” HAHAHAHAHAHAHAHAHAHAH! Get it? It's funny because they secretly hate each other! No? Guys? Guys...? Tough crowd!

If our attempt at humour didn’t get you rolling on the floor laughing, it's probably because we're just not funny; well, we try – and fail. Anyway, don’t give up on us just yet because we have some funny news for you! Hysterical, actually! Cairo is in for a rib-tickling treat; Persian Pink Panther Maz Jobrani, Greek-Canadian funnyman Angelo Tsarouchas, pioneering Egyptian comedian Mohamed Salem, infinitely funny Palestinian-American comic Amer Zahr, and our very own Ahmed Amin are coming together for the Comedy Republic! Two nights of side-splitting mirth – as in, your love handles will literally burst from laughter, no joke – awaits us on March 18th and 19th at The Marquee in Cairo Festival City. 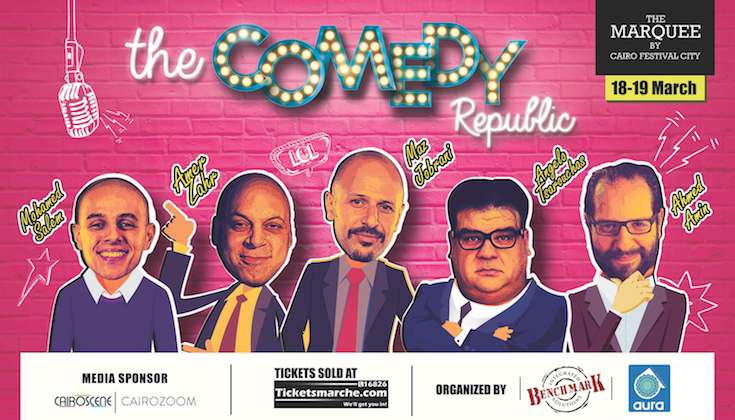 Now, we Egyptians are famous for our wicked sense of humour, which sometimes makes us impervious to other nations’ jokes. Those 'yo mama jokes', for instance; that shit doesn’t fly here. But here's why we're looking forward to getting our ribs tickled by Jobrani, Tsarouchas, and Zahr: they all come from multicultural backgrounds - they were the odd ones out, which is basically a comedic goldmine.

Don’t worry about losing sight of the Egyptian humour you grew up with, though, because your comedic ride will have not one but two Egyptian stops, with homegrown talents Mohamed Salem and Ahmed Amin. Salem is an Egyptian stand-up veteran who scooped the Best Comedian in the Middle East Award at the Amman Stand-up Comedy Festival in 2009, and has shared stages with the likes of Russel Peters and Dean Edwards, performing everywhere from Dubai to New York. As for up-and-coming comedian Ahmed Amin, his quips and one liners have probably made their way to your ears, as you might recognise him from a web show he hosted, El Break, breaking viewing records! “We are very excited about having Amin on the show, he is the new Bassem Youssef,” Co-Founder of event organiser Aura, Ahmed Hany, told CairoScene.

Comedy Republic is organised by two equally pioneering event organising companies, Aura and Benchmark, whose founders were the first to introduce Egypt to stand-up comedy. “Eihab AbdulAzeez of Benchmark and I brought The Axis of Evil Comedy Tour to Egypt, and we have been doing it ever since; this is our twelfth show,” Hany said.

Maz Jobrani will be headlining the show; our first introduction to the Iranian-American comedian came in 2007, when The Axis of Evil Comedy Tour stopped by Egypt. He and his band of merry brown funnymen - Ahmed Ahmed, Aron Kader, and Dean Obeidallah - managed to put a human face (a funny one) on Middle Eastern problems in post-9/11 America. His film career has seen him perform in movies like The Interpreter, Dragonfly, Friday After Next, and 13 Going On 30.

Greece should sue Angelo Tsarouchas over unpaid royalties for all the jokes he cracked at the expense of his Greek origins! Tsarouchas has had crowds laughing in stitches for years, parodying his roots, and we love him for it, because only the chauvinists and the supremacists fail to see the humour in their own culture. He appeared in The Score, John Q, The Recruit, Cinderella Man, and, most recently, the critically acclaimed comedy Fred & Vinnie, alongside Fred Stoller.

You know Amer Zahr is going to be a hit because, when it comes to things you don’t joke about it, he absolutely kills it! Watching him, you think, “wow, I feel like such a douchebag laughing at the Palestinian diaspora,” but therein lies his comedic genius - it is only when we laugh at things that we really understand them. However, the talented Mr. Zahr will have more than jokes up his sleeves, “Zahr will be performing Umm Kulthum and AbdulHaleem covers, too; he's famous for them!” Hany announced.

However, Egypt is probably not the perfect place for breaking barriers through comedy - in case taking a political satire show off the air and bullying its host into exile didn’t tip you off. So, how exactly do they plan on not getting arrested? “We are not too much into politics; we were very clear from the very beginning, ‘no sex, no religion, no politics’. We just want to put together a family show that everybody can enjoy, no matter their age,” Hany explained, before he rushed to reassure us that there will be a late show, and you know what that means! Less restrictions; more fun!

So mark your calendars for March 18th and 19th, and bring a change of pants! We would explain that joke, but that would just ruin it, so use your imagination and intelligence – two more things you will need for Comedy Republic as well; so, if you didn’t get it, don’t bother going. 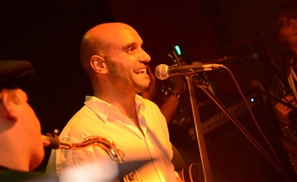 Stand Up Comedy Returns To CJC!

Stretch out those funny bones because Cairo Jazz Club is hosting its first comedy [...] 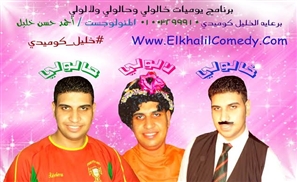 Is This Egypt's Worst Comedian?

One Egyptian man has made it his mission to break the stereotype that all Egyptians [...] 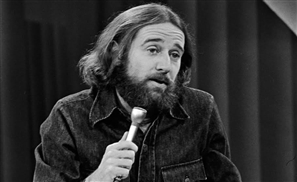 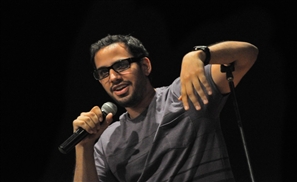 Our very own funny man Rami Boraie tells us why you should vote for him in the Kit [...]
Week Month Year