The history of drugs in Egypt goes a lot further back than that phase you had during university. 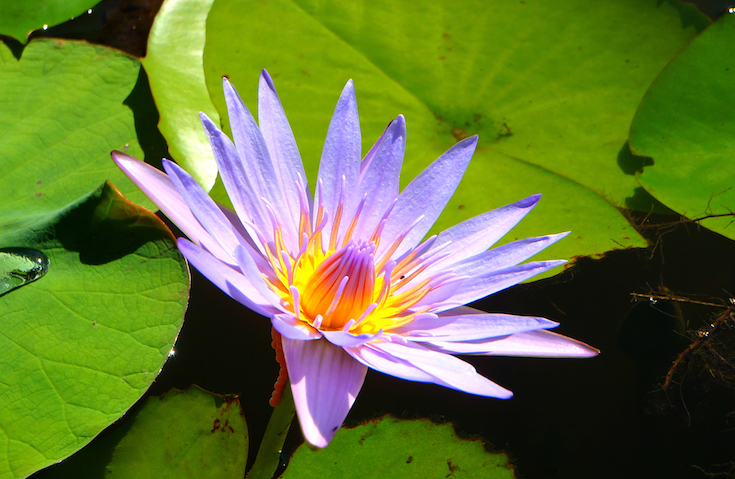 Interpreting and altering consciousness has been a fundamental part of what makes humans people and not just bald apes with iPhones. Every civilisation and social group that has ever existed on the planet has, in one way or another, dedicated a significant amount of its resources to tweaking and refining the way minds work. Be it through religion and prayer, drugs and ritual, or shamanistic combinations of the two, messing with our heads is a big part of what makes us humans. When it comes to expanding your psychic third eye or astral projecting yourself for a psychic-Skype (Skypic?) conversation with your spirit animal, eating a bunch of funny-looking mushrooms or smoking some dried out plant material will get you there a lot quicker and easier than just meditation or prayer on their own.
So what do we know about what those crazy kids back in the days of the pharaohs used to do with their last 200 Ancient Egyptian Pounds to unwind on a Friday evening? Not much, unfortunately. The pharaohs and co. left plenty for us to investigate that gives us an idea of what they spent their time doing – building big triangles made out of rocks in the desert and such – but it’s not like there's any hieroglyphic graffiti spelling out the equivalent of 420 or YOLO. It’s not like there's a guy sitting on a couch eating Molto and playing PS4 drawn on tomb walls or some other easily identifiable symbol that could give us insight into how the ancients got high. And though we know they got pretty wasted from time to time, there’s not much information left about what else they imbibed that could explain some of the crazy stuff they came up with. Or is there...?
In Homer’s epic poem The Odyssey, Odysseus and his pals are on their way back to their homes in Greece after fighting in the mythical Trojan War. The trip takes them 10 years as they get caught up in all sorts of weird adventures during their trek through the Mediterranean. In one such adventure, a pissed off Poseidon blows them off course and they land in North Africa. There they encounter the lethargic Lotus Eaters who spend all their time laying around chewing on narcotic lotus flowers. A few of Odysseus’ friends end up being peer pressured into eating some of the flowers and join in the dope-fuelled stupor, forgetting all about their epic quest and all the important stuff they’ve got to get done back home. Odysseus is a total buzzkill and drags them back to work. It is believed that these Lotus Eaters’ drug of choice was nymphaea caerulea, or the Egyptian blue lotus, sacred narcotic water lily of the Nile.
The blue lotus is found in parts of India and in Thailand, but is originally from right here in Egypt. Its effects are similar to small doses of MDMA, or ecstasy; it gives those who partake a light sense of euphoria and relaxes their inhibitions. It also just happens that the lotus flower’s cycle of sinking below the water at night and blooming during the day satisfied the Ancient’s obsession with the sun and the concept of rebirth. The god of beauty, healing, and other flowery things, Nefertem, is portrayed as a pretty boy with a blue lotus on his head. The lotus was used in religious sacraments and regarded as sacred among priests, who used its psychoactive effects to commune with the gods. The blue water lily’s comforting, dream-like inductions made it pretty popular with the 'cool kids’ of ancient Egyptian high society, too.
In art from back in the day, the lotus is usually portrayed alongside either funerals or kickass parties, which apparently are the times at which most people want to do drugs. The blue lotus is also an integral part of reaching the ancient Egyptian afterlife. A spell in the Book of the Dead is literally called “Turn Yourself Into A Lotus.” It’s not like the pharaohs were doing yoga, it was all about the lotus mimicking the sun with its daily cycle of seeming death and rebirth. Depictions of the dead in their tomb murals show them smelling flowers to infuse their souls with the power of the Ra. Even at Karnak Temple, there are huge pillars topped with elaborate carvings of lotus flowers. The ancients were not shy about their love for the pretty blue version of Valium that grew along the Nile.
To this day, there are hippy-types using the extract of the Egyptian blue lotus to open up their chakras, allowing them to, like, communicate with the universe or whatever. Since the flower isn’t a controlled substance in most of the world, its shamanic qualities have lived on to this day. However, instead of ancient kings and priests who crafted a civilisation that survived thousands of years, it's a bunch of white people with dreadlocks who don’t understand most of the multi-syllabic words they regurgitate from a half-watched YouTube video on Terrance McKenna, which sucks.
So, in the end, check out The Odyssey and tell me the bit about The Lotus Eaters doesn’t remind you of some of your friends. 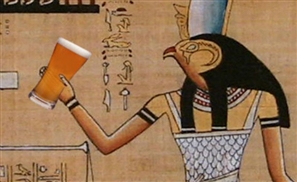 The History of Beer In Ancient Egypt

Did you know that the gods of Egypt used to get hammered? Or that there was an [...] 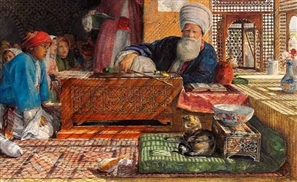 The History of Cats In Cairo Part 1: Ancient Egypt

Just like your weird single aunt, ancient Egyptians were way too into cats. Skot [...] 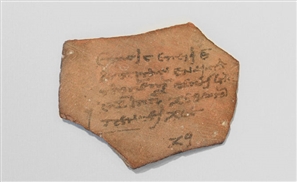 A newly-analysed receipt suggests that, over 2000 years ago, tax rates were pretty [...]
Week Month Year