Fabrica, who first appeared on the Bassem Youssef's 'Al Bernameg' are touring the US, with an Arabic version of Les Miserables.

A group of Egyptian singers are about to take their version of Broadway hit Les Miserables to the stage in the US. Fabrica, who first appeared on Bassem Youssef's Al Bernameg, will be touring the northeastern states and performing an Arabic version of the world-famous musical. The move comes as part of Izdahar, a new initiative designed to promote artistic exchange between the United States and Egypt.

The woman behind the organisation claims the project plans to revolutionalise the Egyptian arts scene. “These young adults are helping to enhance the arts scene in Egypt by organising types of productions that are relatively new to Egyptian audiences.  In the same vein, while the art of musical theater is very familiar to Americans, having a group perform in Arabic is a rare treat," says Yasmin El Tayeby. “The story of Les Miserables is well known, and the similarities between the French and Egyptian revolutions resonate even louder when the singers recite the lyrics in their native tongue.”

And she is especially excited about the chance to show off some of Egypt's best talent to a US audience: "I saw their performance on Bassem Youssef's Al Bernameg, and decided that day to create Izdahar. It was actually Fabrica that gave me the final push that I needed," she says. However, Tayeby feels that the arts industry has been damaged because of the recent turmoil adding that “the arts are becoming less and less supported. Annual arts festivals have had to shut down, venues are having trouble staying open, and artists are finding it difficult to support themselves doing what they love."

The performances will be free, and the venues include: 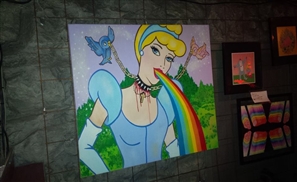 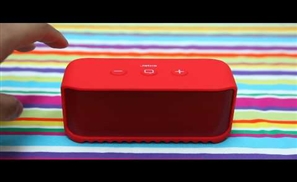