Unable to find employment after serving time, these female ex-prisoners are now generating steady income for the first time, thanks to a local NGO. 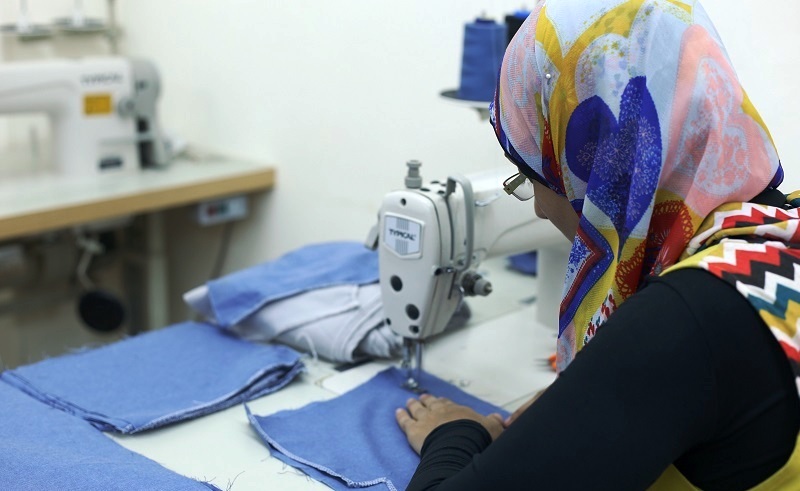 Bad people go to prison; that's what we've been taught time and again. While this statement stands true in many cases, there's a certain segment of Egyptian ex-prisoners that deserve nothing but our utmost sympathy and compassion; indebted female prisoners.

The story is simple and common; an underprivileged woman is left with no skills or resources to fend for her family, so she starts accumulating debt in order to provide the minimum requirements of a humane life to her dependents. As as these women fail to follow up on their payments, which is only a natural consequence to their inability to generate income, they're slammed with lawsuits and before they know it, they're serving time. The other path the story can take, is that these women - most of whom are illiterate - are tricked by loaners into signing off on amounts they don't even know they owe.

This story doesn't, however, stop there. After those women eventually pay months or years of their freedom for the money they owe, they leave prison in an even worse state than they were before; even more incapable of generating income because of the social stigma that haunts ex-cons for as long as they live. So they end up accumulating debt again.

How to break this vicious cycle? Three years ago, the Egyptian NGO, Prisoners' Children Care Association, launched a 4-year program funded by the Drosos Foundation to teach some of those female prisoners varied technical skills, mostly sewing and knitting, that could help them land jobs and sustain themselves after they've served their time. The first obstacle for the program, however, is that the job market doesn't want to hire ex-prisoners, even if they have all the technical skills they would need for the job.

"The project started 3 years ago in Qanater Women's Prison. We're funding the program as we feel it's crucial to teach those women crafts and skills they need to build a better life," explains Drosos Foundation's Director Wessam El Beh. "However, the stigma of being ex-prisoners follows them around wherever they go, so we attempted to change that by funding the workshop established by Prisoners' Children Care Association's program, where these women can find employ after they leave prison."

The program simply entails hiring those ex-prisoners, mostly unable to find work, and give them full-time employment in the workshop established by the association, which then markets and sells their products, giving them a chance at steady income, which is a first to many of those women.

You can support the workshop or get in touch with them to buy some of these pieces by contacting the Prisoners' Children Care Association on 02 33384189.