Previous Post
Mandarine Koueider: Not Just A Sweet House
Next Post
Creating a Moment of Utopia with Pascal Rambert

We get to know the illustrious, ubiquitous and elusive graffiti artist to explore his influences and his ever-lasting imprint on Cairo's streets... 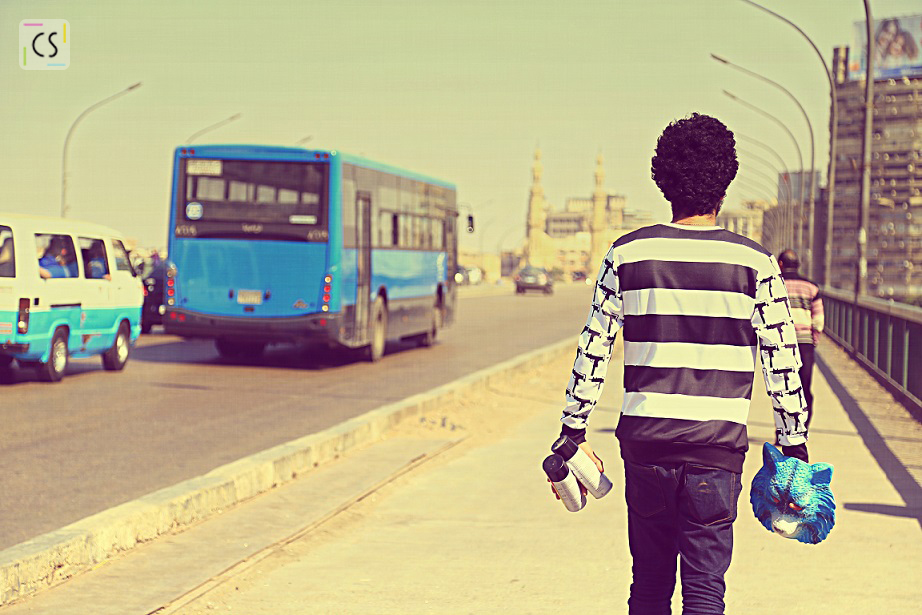 For four years, since the beginning of the Egyptian revolution, graffiti became the voice for the uprising. Every nook and cranny of Cairo becoming a canvas to vent and preach against dictatorship to autocracy, from pseudo-democracy to police brutality. Countless column inches and documentaries turned these aerosol vigilantes into household figureheads; from artists into politicians who, in turn, turned polticians into art.

Before the revolution, El Zeft was concerned with neither politics nor art. "I saw Wael Abbas' blog showing videos of the Egyptian police torturing people. I was shocked and I couldn't believe it was happening in our country," El Zeft tells us, his minds eye seemingly rewinding back through the last four years of Downtown clashes and 5 AM tagging.

"I thought we could something about this, so I lied to my mother told her I was going to go work on a project and headed to Moustafa Mahmoud street on the 25th of January. It was empty until all of a sudden more and more people began to gather through the side-streets," El Zeft pauses reflecting on the moment. "I still get shivers thinking about it."

The rest, as they say is history, during the 18 days spent protesting he met Nazir, a graffiti artist. "He was doing some stencils and I thought that's a great idea, to just force your ideas on everyone 'this is me, this is what I believe in, and you have to deal with it.'"

Learning from Nazir, El Zeft quickly became one of the most renowned graffiti artists that resulted from the revolution along with the likes of Ammar Abo Bakar who he cites as one of his biggest inspirations; "I hate when people try to do graffiti in a western way because if you have an idea or message that you want to deliver then you will have to know your people. The beautiful thing about Ammar is that he does it in the most beautiful Egyptian way."

El Zeft's pieces, including the iconic Nefertiti with gas mask, became symbols for the Egyptian revolution across the world as well a instantly recognisable around Cairene landmarks, yet he has kept his identity shrouded in mystery. "I still don't see myself as an artist. I didn't want to get recognised as I felt that would involve unnecessary pride and ego and that might ruin my beliefs. The art should only represent the idea."

Like many other revolutionary artists, El Zeft hasn't tagged a wall in over a year. Just as the content of the graffiti was a mirror for society at the time, the decline in street art is just as significant. "During the Muslim Brotherhood's reign it was the easiest to perform such art as there wasn't any police in the street. Security wanted chaos on the streets. Nowadays you can't take a picture on the street without getting harassed."

Sisi's rise to power has seen a security crack down, a tightening of patriotic rhetoric, brainwashing the masses, and whitewashing the walls, literally, of almost all revolutionary art that doesn't include 'CC' in a heart. Even the quintessential documentation of art during the revolution, the book Walls of Freedom, of which El Zeft wrote the last chapter, was banned from distribution in Egypt. El Zeft's mercurial stamp on the revolution had returned to nothing. "I don't see myself living now, I feel more like a zombie. I only felt I had a soul during the clashes, when I was fighting for something, and that's difficult now. But the revolution has not ended, when any leader kills people he’s not legitimate anymore, it doesn't matter if he gets 98% of the votes, I put my my work in the streets to remind people that the revolution is still going and it didn’t die."

Here we re-visit the revolution through the eyes of El Zeft and some of his most important pieces:

"The first stencil I did was for Mohammed El Dorra; he’s the kid that was shot at the second demonstration. French TV filmed it, he's a famous figure for the Palestinian case and I think that most of us was raised seeing the Palestinian case as the ultimate case. It was 11 years since he passed away, and then I started doing for things for the revolution, against the system, against the police."

"At first I was doing pieces and posting them on my Facebook profile. I thought no one would care about it, it was for fun at the beginning. This is the first piece that got recognised. It was in Zamalek in front of Hardees. A 9-piece collage of different stencils depicting famous chants and incidents, including occupy Maspero, which I believe is the biggest arm for the regime."

"It was in Mohammed Mahmoud street, one of the most brutal clashes during the revolution. Most of the martyrs that died were then tagged on the walls of the street. It all looked very masculine, it was a battle and most of them were men. So I wanted to include some femininity because there were women with us in the revolution. I saw women in the front clashes fighting against the police. I wanted to give them their right, so I thought about who is the most powerful Egyptian woman figure... Nefertiti and combines her with one of the symbols of revolution, a gas mask."

"Return of the Bastard. It was right after Sisi's coup. This is a CSF soldier. These are the people we were fighting in the streets. I thought after the coup, that's it, the military is coming back. So I drew a hanging officer creeping up and waiting"

"This one was fun. The smiley face was in Qasr el Einy street. These famous concrete blocks became a solution for the state to stop clashes. Whenever there was a big clash happening between the police and protestors, they would come and build a massive wall between us. At one time there were 14 of these walls all around downtown. It was killing the streets. I just went there during a clash, people were throwing rocks over and police were throwing Molotov cocktails and I just went and drew a smiley face on the wall. Like 'fuck you guys', we're having fun, and we're going to win whether it's now, tomorrow or 20 years from now because we have something we believe in, whilst you are just fighting because you're scared of your superiors."

"This was in Mansour street. Right after this wall is the Ministry of Interior. It was one of the most brutal streets as well, a lot of people were killed for them to build this wall. They were shooting straight at the chests of protestors. I drew the rainbow and the girl and dog underneath it in a moment where I really lost hope, and I named it 'Tomorrow'."

"The calligraphy says after Bloodshed There Is No Legitimacy. This was the only piece I did during Morsi's year in power. He had this famous speech where he said legitimacy about 50 times in half an hour..."

"Peace Machine. This is one of my favourite pieces. An AK47 shooting out doves."

"This is the figure of an actual police officer who killed a 16-year old boy called Bilal. He shot him and walked over his body, just like that, as if he was bragging. I went crazy after I saw this image, you can't just kill a 16-year old boy like that. I drew him next to a protestor with an AK47, if you want to go crazy so will we..." 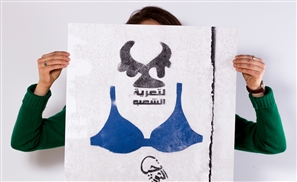 Egypt’s Blue Bra Graffiti to be Exhibited in Montreal

The legendary blue bra stencil that was ubiquitous on Cairo's walls after the [...] 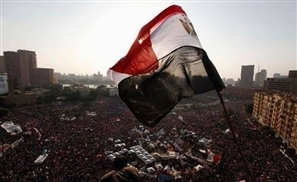 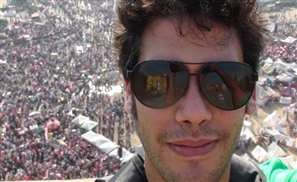 Earlier this evening - just as the world learned that Morsi had been put under [...]