An Exclusive Sneak Peek Into 3alganoob 2015

With an impressively diverse musical line-up and a variety of aquatic and beach activities, 3alganoob 2015 is set to be the spring break event of the year. We speak to the founders for all the exclusive details... 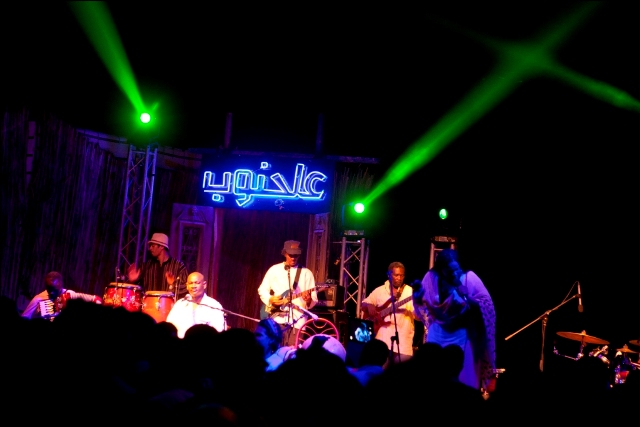 There is nothing more soul-replenishing than escaping from one’s worries and relaxing one’s body on a breathtaking beach, while pleasuring one’s mind with plethora of eclectic sound waves. Returning April 10th-12th to serve your mind, body, and soul under the sun, moon, stars with a tsunami of the best local and international sounds is none other than 3alganoob. More than just a music festival, 3alganoob has all the ingredients for becoming the most memorable time you will have this year, and to learn why, I sat down with managing director, Amr Ramadan and music director, Omar El Ayat to discuss how 3alganoob came to be and what they have in store for those in search for the perfect spring break this year.

In only two short years and through trial and error, 3alganoob has become known as the best outdoor camping musical, incubating cultural events for both art and nature lovers. The festival's roots date to 2013 as an eco-friendly desert art festival with movie screenings, three independent bands, and various environmental workshops as well as jamming sessions and artistic activities.

Inspired to be more than just a music festival, 3alganoob would make attempting to be as eco-friendly as possible a pillar of the festival. According to Ramadan, “The first 3alganoob was not about music. It was about the environment, society, the culture of the Bedouins there, so it was more of a collective art atmosphere. We wanted to create a concept event to promote new touristic locations in Egypt’s South in an environmentally friendly manner, hence the name 3alganoob. We invited around 200 people and around 350 people ended up showing up.”

The first year was a tremendous success and went smoothly. There was no question at the time that they would return, but one thing they can openly admit was they weren’t prepared for how quick 3alganoob would grow, making the second year a learning experience. “Last year, I was mainly dealing with people’s complaints, and after a while it gets really tiresome… and the problem is, last year the people were right. Too many people who hadn’t paid showed up made the facilities dirty and unmanageable,” admits Ramadan, adding that “at the end of the festival some of the same people came and thank me after the three days, saying ‘We know there were problems but next year we’re coming, just make sure you do this and this, but we loved it, it was amazing.’ That was enough for me. We lost money the second year but we built a brand. Everyone knows 3alganoob now and they know what to expect in terms of music and entertainment, the vibe, and the culture.”

In order to make sure that this is the best year yet, 3alganoob immediately went to work to address all the concerns raised at the last festival. The first issue addressed was finding a beautiful isolated beach in a secured location that can hold thousands of people safely, while appealing to each individual’s comfort level. One of the main changes this year will be giving guests the option to camp directly on the beach or to stay in one of the many nearby Soma Bay hotels. “Soma Bay is perfect in terms of the biggest shore, as we have been given 1.5 KM run of a pristine, amazing, secluded beach, which is perfect for us because it isn’t attached to a hotel. Soma Bay’s hotels are all minutes away and we will be providing a free shuttle bus from hotel to 3alganoob all weekend long,” explains Ramadan. Last year many were left in shock by the state of the bathrooms on site, and many were not used to the limitations of outdoor camping facilities. In order to increase the level of sanitation, 3alganoob will be doubling the number of toilets to 40. “These are not camping bathrooms, they’re more like event bathrooms, so they’re tiled, they have a sink with two stalls and there’s going to be, of course, women’s and men’s bathrooms,” describes Ramadan.

With a location picked and sanitation concerns addressed, the next important step is to establish a line-up of diverse cutting edge sounds emerging locally and internationally. “Bands are coming from Tunisia, Jordan, Lebanon, and Egypt. We have 120 musicians minimum staying together for three days from around the Middle East. This year, there are no headliners. All the bands are the same, whether they’re famous or underground all of them will have equal importance on the line-up making for a great vibe for all the musicians,” says El Ayat. Part of what makes 3alganoob a special gathering is that there is no barrier between the audience and the musicians. When performances end, the real fun begins as drum circles quickly turn to jams with both musicians and festival-goers collaborating for what Ramadan describes as a “vibe between the bands and the audience that we’re all there for the music and we’re in this together.”

As is stands, the line-up looks amazing and appeals to wide range of musical tastes. From the beloved and well-known Salalem bringing their unique brand of addictive and hilarious funky indie pop, to the funky world music fusing sounds of Jordan’s Autostrad, 3alganoob 2015 massive line-up provides a diverse mix of genres guaranteed to please whatever your ears crave. Musical acts featured in this year's line-up also include; Cairo’s beloved world fusion tacticians Sharmoofers, Egyptian Nubian upbeat funkers Hawidro, up and comers instrumental post rock outfit Trimix, Tunisia’s reggae fusers Gultrah Sound System, prolific Lebanese music maestro Zeid and the Wings, as well as his Egyptian collaboration project Maii & Zeid, Egypt’s best Beatles cover band Glass Onion and acclaimed Jordanian troubadours Jadal. Also new to 3alganoob this year is the introduction of more electronic options including resident DJ at Vent, DJ Ahmed Samy, as well as DJ Mars mixing TechHouse and African Groves . These are just some of the acts you can expect this year, with more acts to be announced on 3alganoob’s Facebook page in the coming days. In order to properly document this year’s festival, 3alganoob are assembling a team of producers and directors working with the same video equipment used to shoot AlBernameg to capture all the action to help grow both the bands’ and the festival’s global notoriety.

With the acts mentioned, 3alganoob is truly a musician’s festival, providing a launching pad for new acts as well as properly paying artist fees which is why, for the first time ever, 3alganoob will be reaching out to sponsors. “If you look at how much it’s going to cost to accommodate 19 bands and fly them here, while ensuring that the quality of production from sound and lighting are of the highest standards. There’s no way that this could be done based on ticket sales alone without making the festival incredibly expensive for our guests. To subsidize ticket prices we have a very specific sponsorship package that is non-negotiable. We are not going to negotiate on our image,” reasons El Ayat about approaching sponsors.

Aside from music there are plenty activities which guarantee fun for any vacationer looking for the ultimate spring break. “Some people came just for the yoga, volleyball, diving, or kite surfing because we always choose the most amazing beaches. In Soma Bay there’s an island across from it that is an amazing snorkeling spot and maybe we will have some jamming on that island. There are going to be diving and snorkeling trips organised around our music line-up. For percussionist enthusiasts we hope to have the biggest drum circle in all of the Middle East,” an excited Ramadan proclaims.

In order to cater to a variety of comfort levels there are multiple ticket options. Soma Bay hotels will be offering special rates for concerts goers, while 3alganoob will be offering their own package providing camping options directly on the beach. Various packages are in the works and will be announced on both their Facebook page and here on CairoScene. What we do know for sure is that the festival passes for the music and all activities will cost 700LE for the three days, with one day passes being offered at 300LE and both packages include access to the beach and all activities. Transportation is not included; however shuttle deals will be highlighted on 3alganoob Facebook in the coming days.

With an impressively diverse musical line-up and a variety of aquatic and beach activities, 3alganoob 2015 is set to be the spring break event of the year. Only 3,000 tickets will be available this year and if history has a tendency of repeating itself, you may want to act quickly as 3alganoob has sold out of tickets every year thus far. Whether you are looking lose your mind, exercise the body or get in tuned with your musical soul, 3alganoob 2015 at Soma Bay promises to have you howling at the moon as they establish themselves as the best camping music festival in Egypt and soon the region.

We will be announcing when tickets officially go on sale. In the meantime keep up-to-date with the latest band announcements, ticket information and schedule details stay informed by following 3alganoob Facebook page. 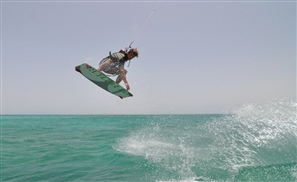 10 Awesome Activities to Do Between Sets at 3alganoob 2015

With the countdown to Spring Break on everyone's mind, we gear up for 3alganoob's [...] 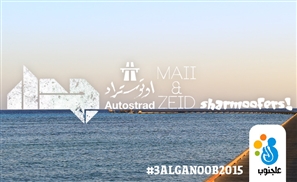 Announcing the date, location and some of the most-loved musical acts on the roster [...] 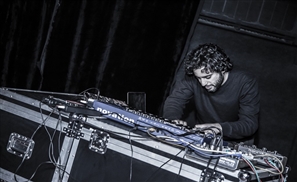 We speak to the man making waves on the underground scene about fusing Oriental [...] 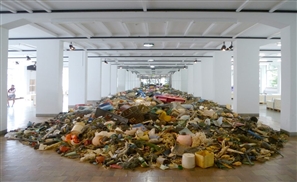