A multimedia content studio and creative incubator, Garaad's projects are some of the most unique coming out of Cairo today. Eihab Boraie meets founder Moustafa Zakaria ahead of the launch of the fourth issue of their awesome comic to find out more. 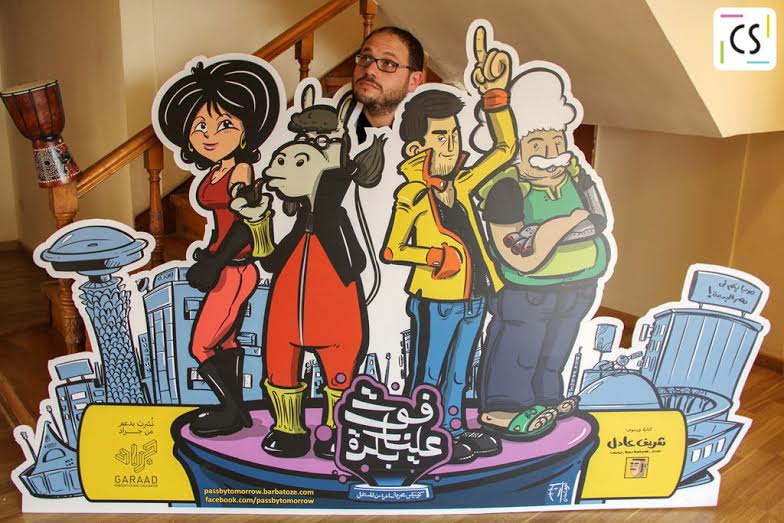 Hidden amongst Egypt’s massively diverse population are the talented artists and creative minds that will one day be the voice of the currently unheard generation. The reasons for its current silence is not due to a lack of things that need to be said, but rather the lack of resources to amplify and support a unified community. Looking to build up this community of artists by providing them with resources and financial support needed to find their own voice is Garaad, a multi-platform content studio and creative incubator based in Cairo. Ahead of their event on Friday 20th February, celebrating the release of the fourth edition of just one of their projects, comic book Pass by Tomorrow I headed to the creative hub to find out more,.

Officially launched in May 2014, Garaad was founded by the executive director Moustafa Zakaria. A native of Alexandria, Zakaria received his masters in directing and producing at the Red Sea Institute of Cinematic Arts. From there he headed to the Emirates, where he spent most of his upbringing, to start his professional career. “My last job I worked as a development producer at Image Nation, but I also worked in various production roles on feature films, commercials and TV shows, in addition to directing several award-winning short films and music videos” explains Zakaria about his experience working in Dubai.

Taking a sabbatical from his job to re-evaluate where his career was heading, Zakaria decided to head to the Cambodian jungle in order to write his own feature film. “It was somewhere there in the jungle where I sort of started to think about what my dream job would be. Standing in front of Angkor Wat provided a moment of clarity where I decided my dream job would be to work with the coolest, nicest, most creative, talented nobodies in film, music, TV.... Wherever there’s creativity, I just want to be there. I want to help get that out. I want to help get it made,” a passionate Zakaria describes.

Looking to turn that dream job into reality, Zakaria would have to look no further than his native land for a well of untapped talent waiting to be heard. During the January 25th uprising, a generation of young rebellious minds found their voice and used it to express themselves across a wide range of artistic mediums. Zakaria points out that “Half of the population is under 30, if we’re ignoring them, if we’re alienating them, if we’re not telling stories that they can remotely relate to, then there’s no conversation as a society…”

A firm believer of the Gestalt philosophy, Garaad set out to recruit and amplify creative young minds and help them add their stories to the conversation. “What Garaad’s trying to do is create a whole that is more than the sum of parts. It’s more than just a database of 100 contributors, it’s more than just a comic book, and it’s more than just a radio series. It’s about creating a community and bringing in high calibre talent together to appeal to malnourished audiences," explains Zakaria.

The first challenge Garaad would face in establishing their network would be to find any kind of data on how many trained professionals were in the production field. According to Zakaria, “there are no numbers of how many people graduate from universities with diplomas in directing or in editing. We don’t know if there are enough technical or creative resources to move our industry forward. If we want to be successful we have to be constantly producing, but there’s generally a lack of training in all areas. There are tonnes of talents out there, but even if they graduated from a university, you still find that pattern of having to take “private classes” to actually learn what you need to know.” In order to find the talent that would be required Garaad would set up their website to give people the chance to submit their ideas.

Heeding Garaad’s call for submission were two talented young ladies who had never worked in media before, but nevertheless sent a two-minute demo for an audio series geared towards children entitled Land of Fondant. “Egyptian children are extremely deprived of cultural and educational entertaining content. They had a great idea, they were passionate about it but had no writing experience. So we searched our database for writers and after a few interviews we found a good fit. We sat them down together, and they had great chemistry,” remembers Zakaria. However, writing is just one part of the production team required to make this project a reality. “Then we got them a mentor/director who manages the project. The fourth element to recruit is crucial. Bringing in someone with industry experience in recording a radio series and that can guide them through the process making sure that they deliver. Together they have created 30 episodes and we’re wrapping production this week,” proudly proclaims Zakaria.

The range of projects that Garaad develops is very diverse. From their first project a short film called Cold Voice, which was screened at international short film festivals to a web-series like Film Gamed presented by a man that Zakaria describes as “not a film critic, but rather the type of guy I want to eavesdrop on when I’m leaving the cinema to hear what he thinks about the movie." Arguably Garaad's most successful and imaginative project is the hilariously Egyptian Sci Fi comic series Pass by Tomorrow. “This is another project that was submitted to us through our website. The creator of the concept, illustrator, and writer is Sherif Adel, who’s professionally dentist but is an artist at heart with a hilarious vision of the future. We’re going into our fourth issue now. Our circulation right now is around 4,000 copies per issue,” explains Zakaria.

I had the great fortune of talking with Sherif Adel at the comic's launch last year. Since that time, I have seen issues of Pass by Tomorrow at several bookstores and it can even be found as one of Virgin Megastore best sellers. Initially picked up for six issues, Pass by Tomorrow's success has led to Garaad to extend its run to 12 issues. To celebrate this news and the release of the fourth issue, Garaad is putting together a multimedia event on Friday the 20th of February at the Rawabet theatre at 7pm. The night will be filled with a sneak peek at the new issue, limited edition and equally delicious Pass by Tomorrow cookies. Rounding out the night will be a special performance by Cartoon Therapy.

If you are interested in seeing for yourself the amazing work Garaad is producing and want to help them build the momentum they need we suggest attending Friday’s event. Not only will it be fun but it may inspire your mind to come up with your own creative project, and when you do we highly suggest submitting it to Garaad, who will help you amplify your voice to a generation of young thinkers craving stories they can relate to. 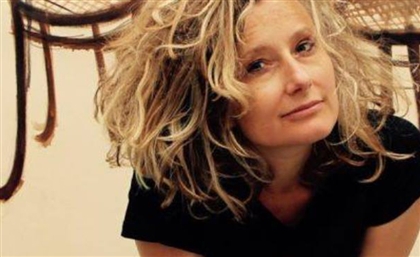 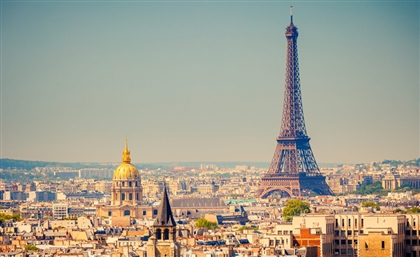 Cairo is about to host its very first French film festival with the debut of the [...] 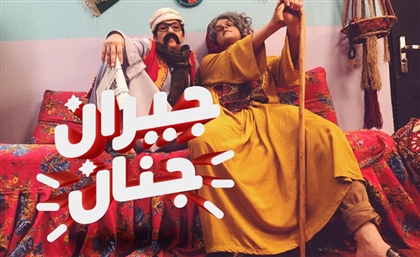 The latest production by Doors Kidz follows the lives of fairytale characters who [...]