Kemet is Bent On Reviving Egypt's Glory in Art and Design

Egypt was once the Middle East's hub for arts, culture, design, and all things creative; KEMET Art and Design is doing everything it can to set us back in that direction. 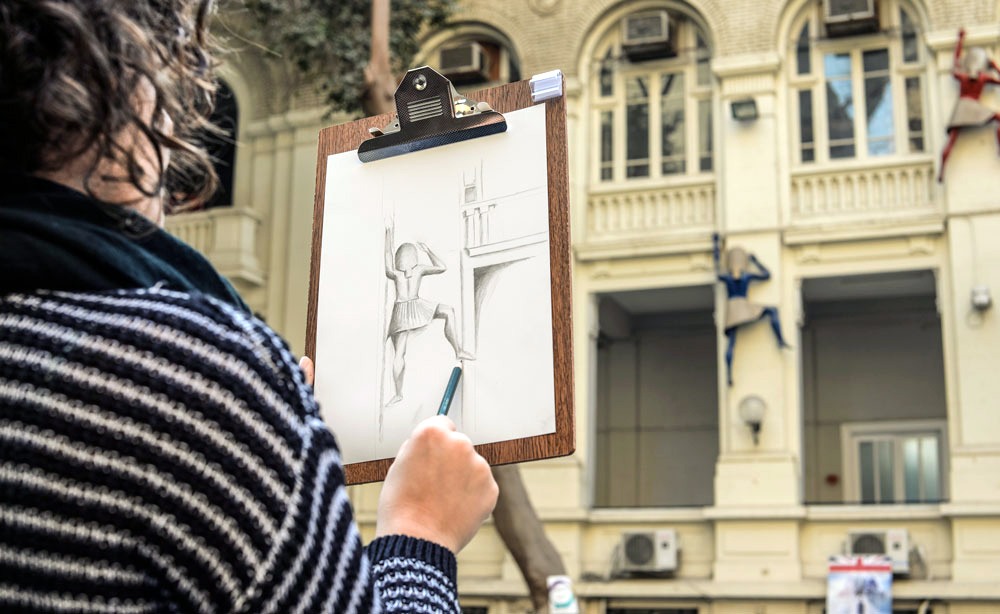 Riddle us this: what’s Egypt known for? Good food? Bad traffic? English fails and crazy politics? Sure, maybe; but does anyone remember when Egypt was known for being the Middle East’s best arts and culture scene? Well, it was. Not too long ago, Egypt was the region’s go-to place for all things related to the arts. From cinema to music, advertising to publishing, and novelists to poets, Egypt was king – nay, queen – of this region’s arts and culture; Egypt was Om El Donya. Now all we’re known for is the good food and the bad traffic, and maybe a revolution or two. What happened? Why did our thriving arts and culture sector dwindle to near nothingness when Egypt remains full of creatives and innovators with their hearts and minds set on changing the world? Why is there a gap between thinking and doing? While most people may sit around pondering the answers to these rather valid questions, others – like KEMET Art and Design – are choosing to actively do something about the dilemma, instead.

Stemming out of Tech Valley In The Heart Of Cairo – The GrEEK Campus, that is – KEMET Art and Design is all about reviving Mother Egypt to her former artistic glory. “Back in the day, we were the Hollywood of the East; we’re just reclaiming what was one day ours,” asserts Sally Halawa, Executive Manager of KEMET’s primary project: The International Art and Design Institute of Cairo. Sitting down at The GrEEK Campus to chat with her about KEMET’s vision to recreate Egyptian art and design, we couldn’t help but take in every bit of this bustling hub of creative genius and innovation – a place where creativity oozes from every office window, courtyard conversation, and seemingly spontaneous photo shoot crowding the steps of the stage.

KEMET’s inception came as the founders recognised the gap between theory and practice in the world of design – what design students and local professionals are capable of doing pales in comparison to the requirements of the international market. “By the time the students graduate from university, they posses only basic knowledge - they lack in quality and specialisation,” Halawa laments. “What’s happening abroad is stunning - the levels of quality and craftsmanship are incredible. Kids graduating from Parsons or Pratt, or any of the various other arts and culture institutes, are on a whole different level.” Looking back across The Campus, her thoughts returning to those here at home whose dreams are to push the boundaries of art and design, we find Halawa musing out loud: “The talent is [here], though, and we’re looking to motivate this talent.”

While travelling abroad and gaining that sought-after education at a designated institute is a luxury allotted to few, it goes a long way in providing perspectives and experiences otherwise not had back here at home – perspectives and experiences that shape the practice of any artist or creative, that fuel their designs and influence their art. Having travelled abroad herself and studied in several countries around the world, Halawa has seen how far behind we have fallen and the gap that exists between the arts at home and the arts beyond Egypt’s borders. “We aim to provide the same level of education that the world's best institutions are providing, right here at home,” Halawa says of KEMET’s endeavours.

Starting in 2015, KEMET rolled out a foundation program and cultural activities as part of phase one of their project; this year sees the institute developing its five-year plan and long-term programmes; by 2018, they intend on having developed a complete academic curriculum. What separates KEMET from any other attempt at an arts and design institution is that they play in the big leagues – their classes and workshops come in conjunction with international award-winning designers and world-class organisations like the youth program at Prince's Schools of Traditional Art;their partnership with D&AD for professional development, however, catapults them to a completely different playing field.

Dubbed the Oscars of the design world, D&AD’s The Pencil Awards are the most highly coveted by right-brained creatives the world over, particularly in the area of advertising and design. Until now, our homegrown creative talent has been the DiCaprio of design – passionate and talented, yet unrecognised and unawarded. Through their partnership with D&AD, KEMET hopes to take Egyptian artists and designers to the same level playing field as their international counterparts, making them contenders for such highly esteemed recognition. How? Well…

KEMET is combining forces with D&AD and hosting three workshops at creative central – again, The GrEEK Campus – in multiple fields and for people of various levels of knowledge and experience. Generally, KEMET targets eight different disciplines in the creative world: interior design and interior decoration, product design, graphic and advertising, fashion design, art and business, architecture, urban and landscape design, and performing art and media production – almost everything, really. Their first workshop with D&AD, Writing For Advertising, will be held on April 6th and run by Will Audry, a Pencil Award winner who believes that “if you have a voice, you can write.” On the very next day, Christopher Lee Ball – also a Pencil Award winner – will host A Day In The Life Of Your Digital Strategy, a session he believes “should be mandatory for everyone working with advertising agencies.” While both of these sessions are for university grads and field professionals, KEMET and D&AD are also hosting a New Blood workshop; while that may sound a little eerie, it’s really just a workshop for younger students set to take place in September.

While it will take far more than three workshops to restore Egypt’s artistic soul, KEMET’s contributions will go far in paving the way for Egypt’s creative’s to be on the same level as international graduates. Egyptians are not lacking in creativity – they’re not lacking in ideas, innovation, solutions, and ideas far beyond the box; what Egyptians are lacking is the opportunity to be on the same playing field as everyone else. To that, KEMET says, “challenge accepted.” 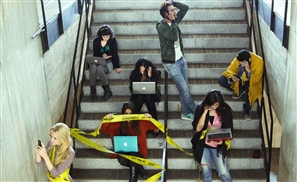 Sure it's fun to sit around Facebooking all day, but some aspects of digital media [...] 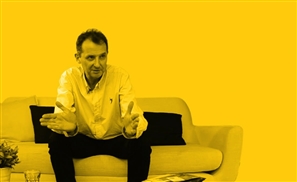 Ahead of Kemet and D&AD's intensive three-day workshops at The Greek Campus, [...] 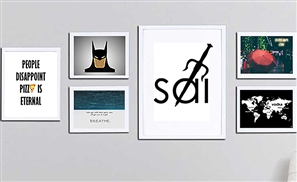 A brilliant new home decor firm with a penchant for prints has certainly caught our [...] 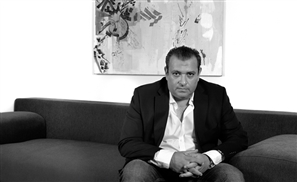