KoshkComics: An Outstanding Opportunity for Comic Digitisation in Egypt

KoshkComics, an emerging startup, is on its way to Silicon Valley for the 2016 Global Entrepreneurship Summit; but as they launch Barra El Talaga's second exhibition, Sara Ahmed speaks to the owners about how their startup came about and what it means for comic artists in Egypt. 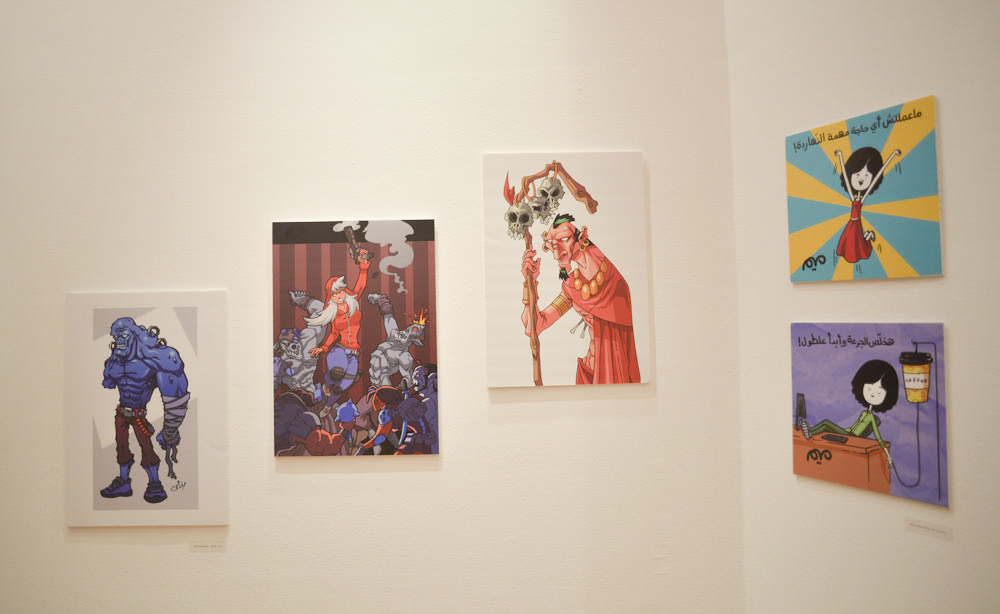 Sitting in the crowded metro in the afternoon, I do not notice the mesh of humans bumping into me; I do not notice the metro stench of sweat nor mind the endless sellers bellowing offers for the whole carriage to hear, for I am too engrossed in my screen. My index is paused at my cellphone screen on the KoshkComics application; I move from one panel to the next, my eyes taking in all the action and fast-paced fighting scenes of DANI, a graphic novel set in the near future where a nuclear war has plagued and transformed the planet leading to an evolution in its technology.

I am reminded altogether of the plethora of Manga comics that I couldn’t get enough of in my teenage years: Blank State, Code Geass, X (1999) and a little bit of Mobile Suit Gundam Wing, amongst others. This constitutes the first time I read an Arabic novel, having opted to stick to TinTin and MAD comics in my youth. What could Arabic comics possible narrate to me, anyway? The linguistic reality seemed like a hurdle, the art form too plain, but then, now as I took on that there was more to the comic scene than meets the eye, there was no denying that there’s an element of surprise that transforms my curiosity into research. As such, I am led to look for the most active comic endeavours in this humble country and find myself being led to KoshkComics.

KoshkComics is an Egyptian startup, co-founded by Amr Hussein and Mostafa El-Saadani, which operates through a website where works by various groups of comic artists are posted, but they also provide an online platform for self-publishing digital comics through their mobile application. The latter only has a few comics up so far, among which are DANI by Kareem Ahmed and a historical comic about the infamous Hatshepsut by Mila Alvarez and Irene Morfini; one can read the first issue for free but reading further can cost 20 to 35 koshkcoins.

‘‘Koshk comics is a website for artists to go on in order to communicate and collaborate, to get to know each other and each other’s works – like a small social network for comics artists,’’ explains Hussein.

Having previously launched the first of their Barra El Talaga (Out of the Fridge) Exhibitions in March, they’ve just kicked off the second edition last night at the AUC Downtown Campus at the Future and Legacy Galleries where they will be featuring works by various local and international artists, such as Joe Sacco, Mark Paretneau, Mac Toot, Muna Abdurrahman, and many more.

‘‘Some artists keep a lot of their work to themselves, storing it somewhere seeing as he believes that comics or illustrations won’t get him financial revenues, so he just focuses on his day job. We’re trying to encourage artists by letting them know that there’s an incentive where they can showcase at an exhibition. Don’t keep work hidden in your drawers, don’t keep it in the fridge; take it out,’’ explains Hussein. He adds that the idea is to encourage Egyptian and Arab artists to publish their work by not letting it ‘go cold’ and exhibiting it instead of having it abandoned in drawers, a reality he has often literally encountered, hence the name behind it.

The two week exhibition is part of their quarterly event, Koshk Stand, where they hold a panel and announce news as well as upcoming programs. Each exhibition has a special mission unlike the one before, while the first edition of Barra El Talaga focused on gathering the biggest amount of Egyptian and Arab artists, the upcoming one is focusing more on how new and foreign artists can be relevant to the Arab audience and the Egyptian comic scene. As such, work by Maltese-American Joe Sacco and French illustrator Caroline Sury will be strongly highlighted.

"Joe Sacco featured Palestine and Gaza in a graphic novel; he visualised problems already in the region. Sury shows how to depict psychology. She suffered a lot from depression and couldn’t work from stress and anxiety; all of this affected her life, and she got it all out in the graphic novel Cou Tordu. She showed the physical and mental aspects in her illustrations, '' Hussein explains. These two artists' works are definitely expected to hit a chord of familiarity here.

One of the projects they’re about to launch is Comics Road, a program aiming at promoting intercultural comic creativity between Egypt, Germany, and Switzerland through the Swiss Arts Council, Pro Helvetia.

‘‘We approached Pro Helvetia in Cairo and offered that there would be cooperation between comic artists in Switzerland and comic artists in Egypt. In our first phase with Pro Helvetia, we will start an application process for artists in Switzerland and Germany to come here to Cairo for two reasons. The first is so that we can translate their comics in Arabic for the Middle East audience, and the second is to hold joint workshops with Egyptian artists for one or two weeks so they can think of new stories to produce joint work,’’ Hussein announces with excitement.

He explains that one of KoshkComics’ goals is to get people to understand cultures through visual stories. The mission for them is to exhibit work by foreign artists so that, when imported, this leaves a great potential for cross-cultural understanding seeing as comic artists have a tendency to depict their own reality. The second goal is to create hybrid products by getting the artists to work on projects that would integrate the two cultures together.

At a time where the comic scene in Egypt seems to be thriving, the digitisation of the illustration and works by various artists couldn’t have come at a better time. Independent magazine publications such as Metro by Magdee el Shafee, TokTok by Shennawy, and Garage by the famous Twins Cartoon – Haitham and Mohamed El Seht – have built a reputation for themselves in print; one that is slowly evolving with the times. Other comic artists and illustrations opt to work independently, posting their works on public personal pages or, if the comics take on a short nature, the work is turned into a short comic strip usually slipped in online or print newspapers, but in a limited fashion.

‘‘We’re incorporating the commercial model into the comic industry; we don’t want artists to just put their work on Facebook for free, we want them to consider that this is something that can generate revenue,’’ he explains, elaborating that the process of demanding a full graphic novel can be time-consuming and extremely slow in terms of cashing out a profit. However, in stages and online, the artist is in control in terms of providing chunks of his work but with the added opportunity of generating a profit with each publication.

Hussein narrates that the emerging startup had originated out of an experiment. In the quest for an application that would provide general entertainment and interactivity, they launched the Facebook application Super Sayem in Ramadan 2014. Providing four tracks of entertainment including trivia, pastime games, an interactive game, and digital comics, they realised that out of 10,000 users of the application, 4,000 were reading the comics every day. Post Super Sayem analysis gave them the inspiration to seek out comic artists who had difficulty getting published and exposing their work because publishing houses usually asked for 80 per cent of the revenue. The idea was to give the comics market an opportunity that was much needed and that’s to self-publish.

‘‘We can divide it 40 per cent for us, 60 per cent for the artist, which is profitable and more acceptable for the artist. When the artist finds something like that, it looks appealing; they're going to take a percentage higher than our commission," states Hussein, who furthers explains that their project tries to help publishers, too, by getting the artist to self-publish online first, allowing them to market prior to approaching a publishing house. "We're trying to support the whole ecosystem, whether publishers or artists," he adds.

The startup, which is enrolled with the American University in Cairo’s Venture Lab, is competing as one of the 51 startups in the semifinals at the 2016 Tech-I Global Pitch Competition, vying for one of the 15 spots in the finals for the 2016 Global Entrepreneurship Summit taking place in Silicon Valley, California, which it will be going to at the end of June. It's an exciting opportunity for the startup considering the Global Entrepreneurship Summit attracts top European and Western investors.

If they win, this could mean a lot for Egypt's comic scene that still needs much to be done; it means more comics artists to take on, more opportunities to attract foreign influences, and more opportunities for funding in general. From another perspective, I can't help but think about how much this could aid my metro rides as I go back home. Who knows, maybe in a few months there'll be much more to mull and scroll over. 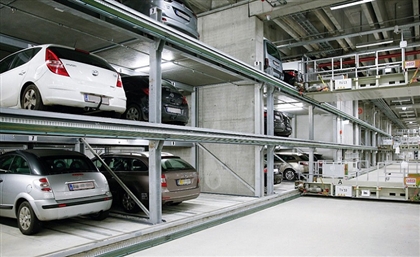 The first phase of the project can accommodate up to 900 vehicles. [...] 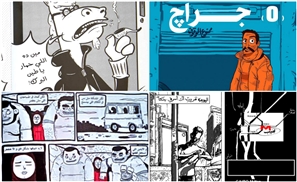 Comic book culture is making a comeback, and thanks to Egypt's flourishing arts [...]