Lose Yourself In Kristoff K.Roll's 'In The Shadows of The Waves'

As 'In the Shadow of the Waves' – Kristoff K.Roll's musical baby – comes to Cairo as part of D-CAF, Sanabel al-Najjar chats with the duo about collecting sounds from the street, music improvisation, and dream narration. 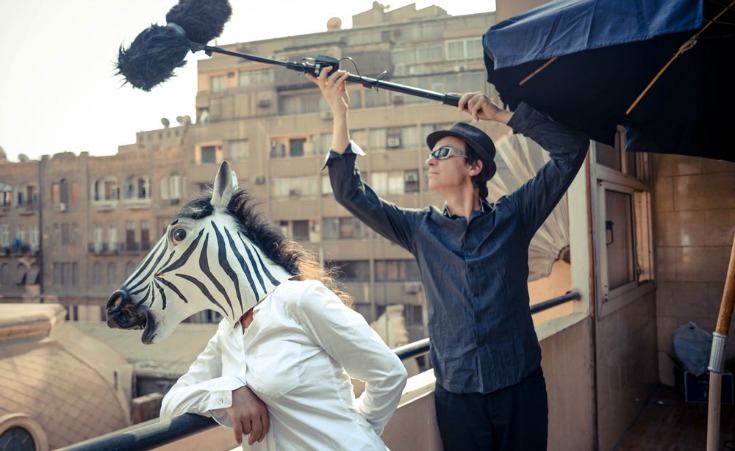 The great Edgar Allan Poe says, in one of his poems, “All that we see or seem is but a dream within a dream.” Though not completely understood and recognised, we often describe music, art, or even someone’s face as 'dreamy', as if emerging from an eternally ethereal world to which we have no complete access. In fact, dreams have always fascinated and baffled different kinds of cultures, scientists, sociologists, as well as everyone interested in dreams specifically, or the human psyche and the human experience in general.

We usually notice this dreamy state in movies, such as the stunning movie Sublime; in surreal paintings like Salvador Dali’s Sleep, or in music such as in post-Rock Mogwai band. We rarely, however, have a dream narration infused with raw music, right? Well, not quite. A couple of musicians have taken it upon themselves to do the magnificent act of collecting music and sounds wherever they go. With a gigantic fluffy microphone, masks, and mismatched shoes, the French duo Kristoff K.Roll, which is an electroacoustic sound duo composed of Carole Rieussec and J-Kristoff Camps, brings to the listener an entire world of sound interplay.

Kristoff K.Roll’s project, In the Shadow of The Waves, is an invitation into the “collective subconscious” through the duo’s “audio-speaking siestas. Reclining on deckchair, you will listen to a series of real dream stories, collected by the duo, which have been reworked, edited, and marked with a musical imprint to accompany the listeners on their dreamlike journey”, according to the event description. D-CAF, which is hosting the event, not only provides this truly rare opportunity to go on a strange journey through the subconscious, but also gives me the chance to talk to the creative minds behind this dreamy experience. Collecting sounds from the streets of Cairo and merging them with poetic narrations of people’s dreams in their own voices, mixed with various staged sounds and audial comments, the duo brings the city a fascinating combination of deep and mind-boggling audial stories.

Climbing the stairs to the highest storey of one of Cairo’s old downtown buildings and walking towards the rooftop where the couple is preparing their sound mixes, my mind attempts to absorb all the details around and translate them into possible sounds. Seeing that I have utterly failed in my little experiment, I'm glad that at least I was face-to-face with the real experts, now smiling in front of me, to talk to them about this strangely unique audial blasphemy.

J-Kristoff tells me that, through In the Shadow of the Waves, “we explore with sound. We are musicians who work in electroacoustic sounds and so we use all kinds of sounds. So, it could be instruments, sounds from the streets, or from objects as well as electronic sounds.”

In regards to what seems to be a genius utilisation or even recycling of sounds, Roll explains that “there is no ‘good’ sound and ‘bad’ sound. All sounds are ‘good’. Of course, the kind of audial selection depends on the speaker [in the siesta] and their position. You see, this project uses special diffusion headphones to ensure intimacy for the listener."

Roll explains that what the duo tries to create is a dream story, and this is why the sounds need to feel really close to the listener. However, he also brings to my attention the paradox of In the Shadows of the Waves. This is because, on the one hand, the experience is made to be very personal and intimate to each person, and addressed to him or her; however, at the same time, the person is sharing this very same experience collectively with 25 or 80 others in the same place. A special relationship is formed between the musician and the audience through this experience, according to Roll.

In the middle of his description of the experience, I tell him that it was like being in a movie. Roll actually liked the description; “Yes”, he replies, “We see something but can’t hear the real sound. We are fake! We are inside a movie, exactly.” Rieussec takes the wheel and adds that “We also like to play around with the place, which is like a body. So, we play with the architecture and collect sounds from the town or the place, and it’s very important that those sounds come up in the production. We believe that each place has its own music.”

For D-CAF, the duo plays in different places and is constantly changing around locations. “There is something about the place that we like. Whenever it’s possible, we arrive to the place earlier so we can record sounds from the dream stories of the town, of the place, and of the people who narrate their dream. And so the dream will be travelling in the town,” Rieussec says. The duo emphasises improvisation in their works. “We are musicians with plenty of sounds to work with, so it is a live experience really,” Rieussec says. The couple use their compilation of sounds from all over their world trips to come up with one that perfectly describes the locality of the place, so that the production will consist of local as well as international sounds merged with improvised music.

Rieussec tells me that the dream stories have a great likeness to their music. “There is a great freedom in dreams,” she tells me. “You could be in the kitchen and the next moment you’re on a mountain and are with your mother who turned into an animal. There are a lot of possibilities, and there is constant change in them. We try to do the same with our music.” So, the couple improvises not only with their music but also with the landscape and surroundings; that's why the dream story was the perfect project for them. “But it’s not easy to find a perfect dream story because it’s so fragile. It’s also so wonderful because it goes deep, as people talk and dream all the time,” Rieussec shares.

I thank the musicians for the great talk about dreams and the feeble human state, and head to one of the deckchairs, pulling my headphones on my ears. The strange and intriguing mixture of sounds seeping into my ears sets me in a truly dreamy state. The sea is floating over my head and there are sounds of something heavy being dragged on asphalt, hissing sounds, people chatting from a distance, and the distinct sounds of a Cairene street. The soft bombardment of the almost-flavoured sounds does not halt when the dreams are being narrated by those who had them. A surreal phase of attentive and melting absent-mindedness envelops you as you let go of all your worries and concerns, and even thoughts. The outside world hides behind a soothing feeling of assuring absence as you get lost in the shadows of all your waves. 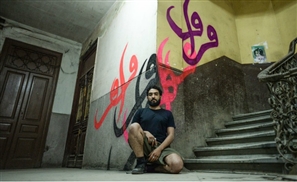 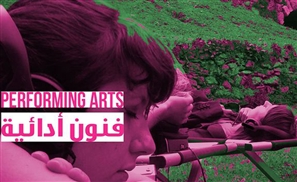 Watch local and international artists perform their way into your heart with [...] 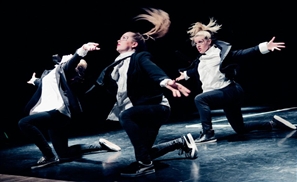 Encouraging budding performance artists to express themselves through movement, [...]