Of Art and Terrorism

First it was journalists, now it's artists that are being labelled as terrorists as Sampsa's #SisiWarCrimes street art turns heads and Ganzeer speaks in New York about why the authorities are scared of them. 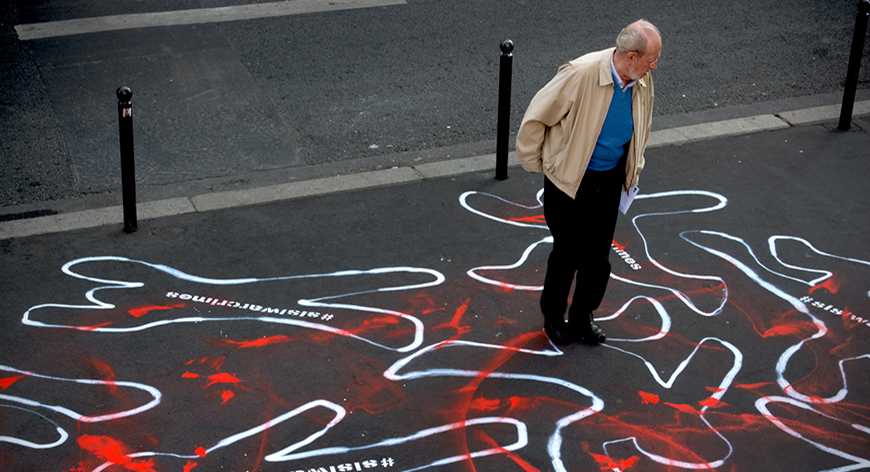 Egypt's revolution may have not achieved all of its goals, but proving to be a positive silver lining was the explosion of graffiti that spoke volumes for a population that were trained to remain silent under Mubarak's 30 year reign. Seemingly overnight, Egypt's walls were covered with 30 years of pent up anger that explained, visually, Egypt's identity. The graffiti ranged from embarrassing to breathtakingly poignant and artists like Ganzeer made names for themselves while making Egyptians proud. However, as Egypt enters a new chapter under Sisi, many of the same artists we heralded are now being labelled terrorists.

On Friday, May 9th, a television show called El Raees Wel Nas (The President and the People), hosted by TV personality Osama Kamal, accused Ganzeer of being recruited by the Muslim Brotherhood, and as such deemed him a terrorist. Although there is no evidence to support such claims, the television personality didn't hesitate to make the case for the state, despite the fact that many Brotherhood members are being sentenced to death.

In 2012, Ganzeer and artist Ammar Abo Bakr found a crowd gathering as they were crafting a mural of two military police officers dragging away a man. The public reaction turned ugly when angry bystanders demanded Ganzeer to “Erase it now!” Ganzeer ended up writing about it in his blog, asking the angry onlookers, “Why do you want to blind people from the truth, I ask? Let them see it, go home and think about it,” to which a man screamed: “We want to stay blinded. We’re a nation of sons of bitches, okay?” The incident ended with Ganzeer walking away from the incomplete mural as the angry began defacing his work.

This is but one example of the backlash towards artists. However, this backlash seems to know no borders as even international artists are beginning to be branded as terrorists, as well. Joining him under the terrorist label is Finnish graffiti artist Sampsa. Sampsa has been highly critical of Sisi, and has gone so far as starting a popular #SisiWarCrimes hashtag featuring street art that paints our new president as a war criminal that has been sprouting up all around the world.

Fearing his identity being discovered, the elusive Sampsa has recently been interviewed by the Huffington Post in a feature that highlights the increasingly dangerous situation for artists. Egypt seems dead set on putting a halt to any opinion that isn't state sponsored. It began with journalists and has moved on to artists - who knows what profession will be next? We will go out on a limb and predict that soon interpretive dancers will be known as terrorist.

It is important to face the fear and spread awareness which is why Ganzeer will be holding an event in New York, on July 23rd, to discuss social and political relevance of some of the artwork produced in Egypt over the course of the last three years and why it frightens Egypt’s new president. 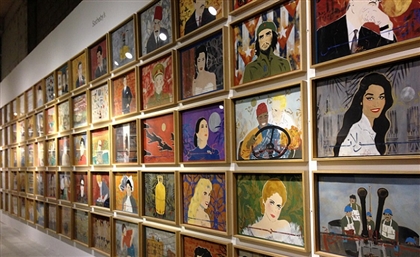 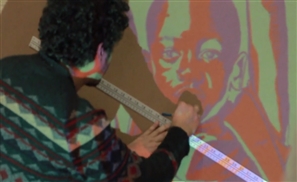 All-American By Ganzeer Set To Take NYC By Storm

Culture warrior and famed Egyptian artist Ganzeer continues to shine as his latest [...] 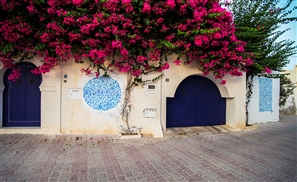 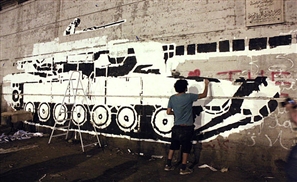