Pink Floyd has just released the album art for their much-anticipated 'The Endless River', and it was revealed that the artwork was designed by none other than 18-year-old Egyptian digital artist Ahmed Emad Eldin. 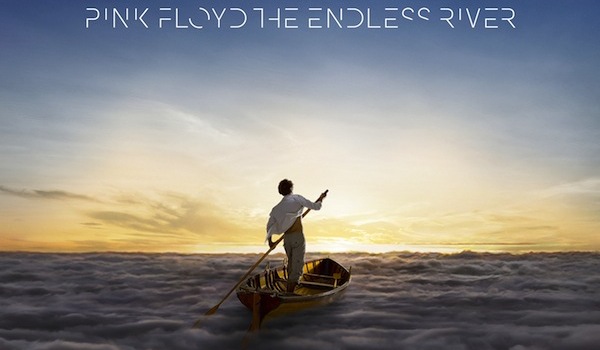 When it comes to iconic psychedelic classic rock, there is essentially no other band than Pink Floyd. And with their first new album in 20 years soon to be released, the question on everyone's mind was who would replace the imitiable Storm Thorgerson in making the album artwork. To our shock and amazement, the honour of creating the album art has been awarded to none other than Egyptian artist Ahmed Emad Eldin.

Needless to say, no one saw this coming, as it is rare that one of the best selling bands in history would reach out to an unknown 18 year old Egyptian digital artist. With the announcement that The Endless River would be their first new album in 20 years, legions of global fans wondered who would replace the shoes of legendary artist Storm Thorgerson, after he passed away last year.

And while for some the name Thorgerson will mean nothing, it is guaranteed that at some point everyone has stumbled upon his work. From the iconic prisms of Dark Side of the Moon to the burning man handshake of Wish You Were Here, Storm Thorgerson was internationally recognized as one of best artist for mind-blowing album art.

So the question becomes who is Eldin and how was he discovered? Born in Jeddah, Eldin has been experimenting with digital art since the age of 13. Now living in Cairo, Eldin was caught off guard when Aubrey Powell, Thorgerson’s partner in the Hipgnosis design studio, discovered Eldin. Powell tells The Independent, “When we saw Ahmed’s image it had an instant Floydian resonance. It’s enigmatic and open to interpretation, and is the cover that works so well for The Endless River.”

Not only is the Eldin piece beautiful, but it totally conjures the mysticism that surrounds the band's image. With a simple man paddling a gondola along clouds, Eldin has created breathtaking philosophical piece of digital art that will be seen soon on billboards all over the world promoting this much anticipated album. 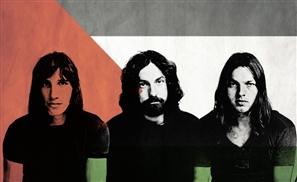 Something got David Gilmore and Roger Waters to actually settle their differences... [...] 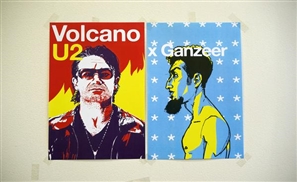 Ganzeer's U2 Video is A Must Watch for Egyptian Artists

Just when you thought Egyptians had done it all comes an impressive stop-motion [...] 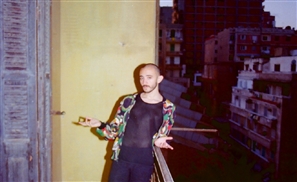 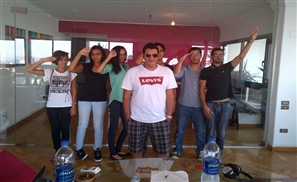