We catch up with Diaa Hamed, one of the curators of D-CAF's impressive visual arts programme... 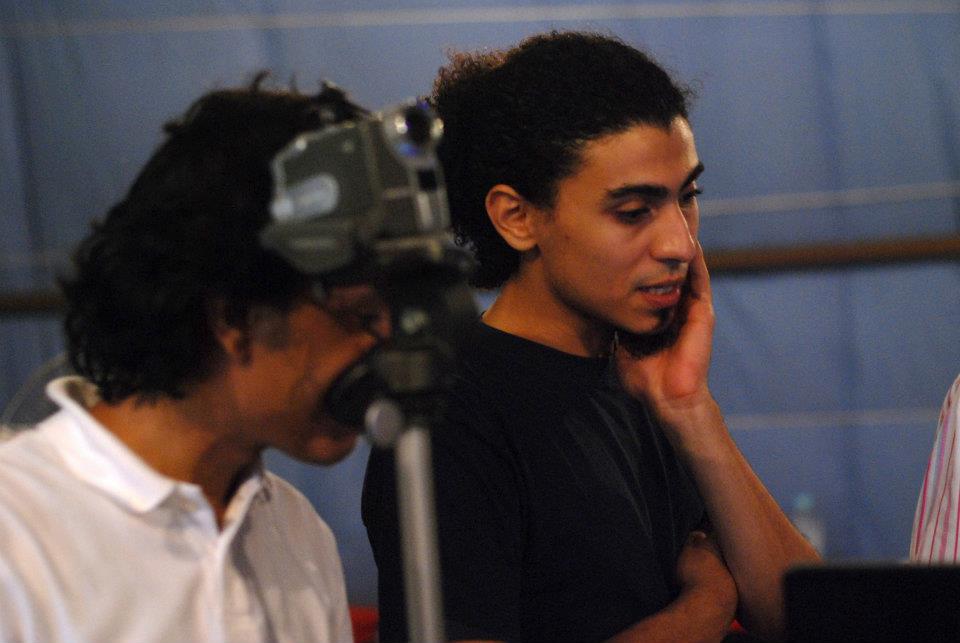 We’ve been loving  every minute of the D-CAF festival, now in its final stretch before it sadly comes to a close on April 28th. Not only has it opened up our eyes to the history of Cairo, introduced us to artists and performers from Egypt and beyond and educated us on alternative artistic mediums, it’s also helped us indulge in Downtown shopping , and trust us, there are some gems hidden between all the garish lingerie and counterfeit tracksuits. So we were particularly excited to head to the SMSlingshot installation, slap-bang in the middle of the city, just off Kasr El Einy.

Part of the visual arts programme, curated by artists and founder of Medrar Gallery, Diaa Hamed, SMSlingshot is exactly what it sounds out.  Created by a German group of ‘Public Interventionists’ that go by the name of VR/Urban, you type an SMS into keypad, fixed into a slingshot, and shoot it at the wall. It’s like graffiti for the technologically inclined; vandalism for those who wouldn’t dream of such a thing; a chance to mess around and play in the name of arts and culture. Though, in the era of Blackberries and iPhones, we found the old-school texting style (Remember when you had to press the same button several times to get to the letter you need? Weird, right?) a little difficult, aiming and firing at the historical buildings around the Bourse area was both hilarious and liberating. Shooting the words ‘I hate CairoScene’ was probably less funny than we thought it was though. Beneath our ‘witty’ self-deprecation is probably a cluster-fuck of insecurity and anxiety issues, but that tale is probably better left for a different article…

After we’d slung until we couldn’t sling no more, we fired a few questions at Hamed about his artistic aims:

Where did your artistic journey begin?

I studied art before I started working as a performance artist, focusing on public spaces. My main aim is intervention, interacting with people out in the open. I then focused on modern, physical theatre with several independent companies, including Studio Moroni which I co-founded. All along, I’ve been working hard to establish Medrar Gallery as an institution designed to dismantle the typical artistic hierarchy through lateral methods.

How did the transition from infiltrating public spaces to putting on exhibitions in a traditional space such as Medrar come about?

Well, I’ve always been heavily involved in both performance arts and visual arts. I studied sculpting and painting, so it’s not like the traditional exhibition is a new thing for me. Lots of my projects actually combine the two. I don’t prefer one over the other. In fact, I’d love to be a multidisciplinary artist who is able to work with different materials and methods.

So what are your aims with Medrar and how successful have you been so far?

We’re mainly concerned with emerging artists and collaborations between them. Not only do we encourage them to learn and discover new mediums and techniques, we also try and educate them on new ways to work together, specifically within the context of contemporary art in Cairo. We get in touch with new artists, beginners from the academies, and introduce them to the scene and what’s going on across the city, as well as new galleries and initiatives that can elevate their work and start their own careers.

Artists are typically protective over their work. How have they taken to your ideals of collaboration and working together?

It’s still a struggle. Egypt’s education system pushes competitiveness, so we’re not used to cooperating. My generation especially. But what I’m trying to work on is to create a crisis; a situation which forces two or more artists to work together on a project. That’s where installations like SMSlingshot and our InterLAB Tele-exhibition come in. With new media and digital art, an artist, no matter how talented, can’t work alone on it. You need techies, programmers, coders and more to be able to bring your idea to life.

As the curator of D-CAF’s Art Programme, what was your aim for the festival as a whole?

My aim with the visual arts line up was to introduce the artworks not just as objects but to have the consumers become part of it. Here, with SMSlingshot, the art is what people do with the device. At InterLAB, it’s not the camera or the image that is the art. It’s the visitors’ interaction with it that completes the final product. D-CAF have been really successful in taking this and creating art with the ordinary people in the streets and, hopefully, has enlightened unsuspecting people who have happened to pass by. This alternative audience was also one of the things I was aiming to capture with Art Programme and this has been a great step for media arts in Egypt.

SMSlingshot lasts until 20th April and is located opposite the EMDP building on Elwy Street, behind the Boursa Building, Downtown Cairo.

InterLAB continues at both Hotel Viennoise and Medrar Gallery until 28th April. Find out more about Medrar on their Facebook page here. 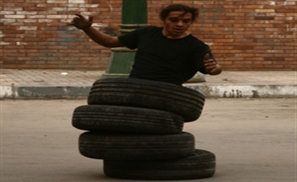 Kicking off the performance arts portion of D-CAF, last weekend saw the legendary [...] 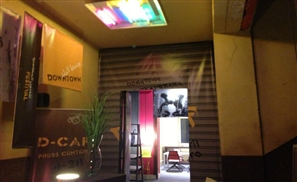 The Beating Heart of D-CAF

D-CAF's super cool press centre, right in the eye of the artistic storm, will be [...]