What happens when sci-fi, comedy and real life science come together with an all-American outlook? Emad El-Din Aysha goes on an intergalactic adventure with Ridley's Scott's triumphant return to the space genre. 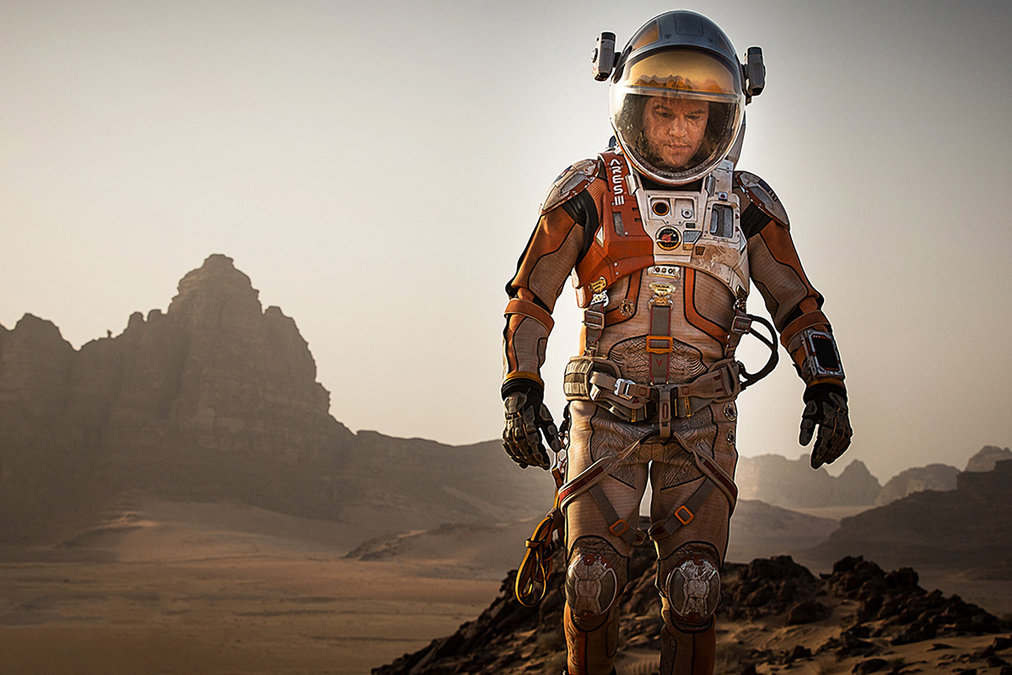 When I watched the trailer for Ridley Scott's The Martian (2015) I knew I simply had to see the film, as soppily American as it looked. (Instead of Tom Hanks stranded on an island you have the equally all-American Matt Damon on Mars). There's two reasons why.

One, of course, is that the Egyptians – beginning with Essam Heggy – beat the Yanks to finding water on the surface of Mars and so the possibility of growing crops there, which is the fulcrum of the movie and original novel by Andy Weir. The second reason is this whole thing about turning the deserts of Mars green, played up implicitly in the trailer as a tongue-in-cheek reference to the Arabs. 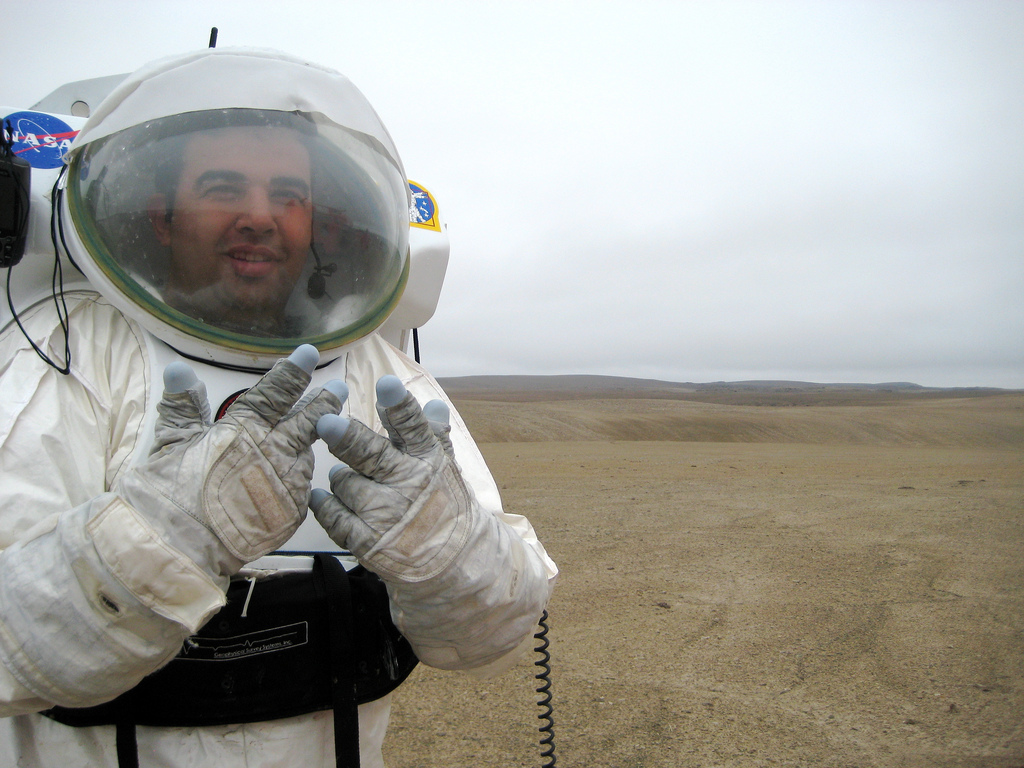 Egyptian At Large: When asked how he ended up on Mars, NASA's Essam Heggy said there's no wasta (nepotism) there!

The fact that there's no mention anywhere of Arabs, Islam or even the war on terror is indicative enough in itself. ('Lawrence of Arabia' pops up in Scott's Prometheus, and this movie was filmed in Jordan). But if looked at it from a sci-fi lens, you can literally 'see' what's going on here. Mars is the quintessential perilous planet. It's not like Venus where you can’t go there at all, thanks to the chemicals and pressure. On Mars you can live and set down roots, but the harshness of the environment will take its toll on you, morally. That was the whole point of the ruthless struggle to survive in the reasonably good Red Planet (2000) and the atrocious The Last Days on Mars (2013), better labeled Brain Dead Zombies Even on Mars.

The Martian, while full of Americans, has a very British sensibility since the crew of the Ares finally decide to go back and risk it all – their lives and careers – to save their stranded comrade Mark Watney (Matt Damon), on the ‘all for one, one for all’ formula. Note that most humanitarian actors are British – Mitch Henderson (Sean Bean), Vincent Kapoor (Chiwetel Ejiofor) with the exception of Melissa Lewis (Jessica Chastain). Even when the captain, Lewis, makes the fateful decision to leave Watney there in the middle of a blinding Martian storm, thinking him dead, this was to insure the safety of the rest of the crew. Watney, remember, preferred to wait it out. 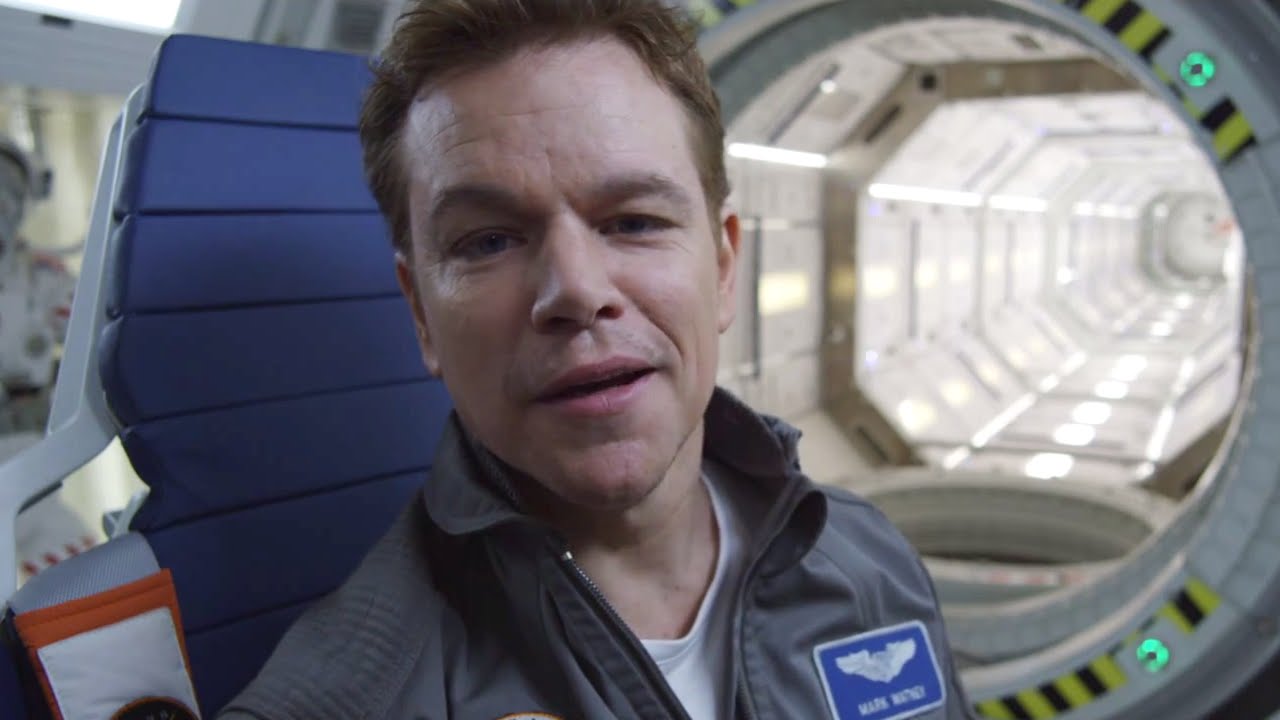 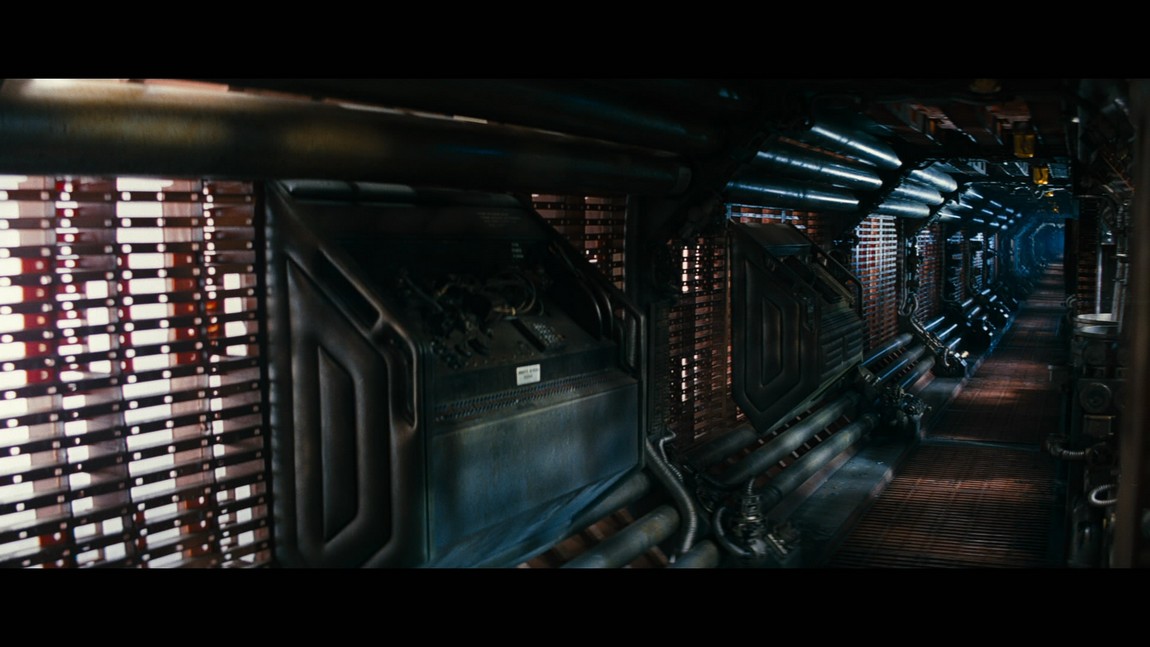 Depth Perception: The Martian and Alien, Ridley Scott's fingerprints are (thankfully) all over the place.

The world on display here is a world that has gone beyond any clash of civilisations. While Ares is a NASA mission, the crew is multinational and multiracial, as are the NASA technicians, and the Chinese space agency has to help out the Americans when NASA botches a rescue mission. It is also notable how the lackluster NASA Director Teddy Sanders (Jeff Daniels) and his PR woman Annie Montrose (Kristen Wiig) are exceedingly blonde (bleached in her case). The scientist who wants to at least recover Watney's body – Kapoor – is half-Indian and believes in God thanks to his Buddhist and Baptist backgrounds. 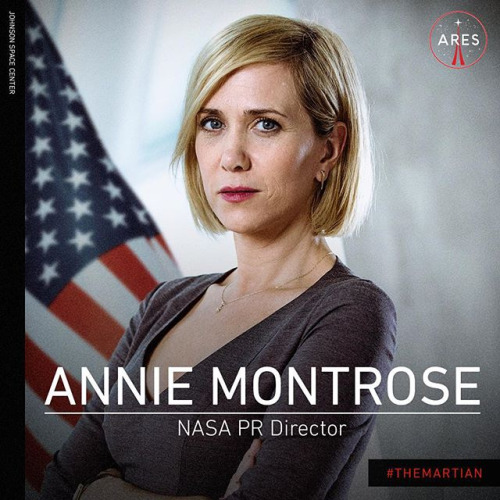 The film reanimates your faith in the space programme as a project that can unite mankind. Then there's the 'explicit' political references, such as Watney's statement: "Technically, Mars is international waters, meaning Maritime Law applies. And since I am illegally commandeering a vessel in international water under maritime law, that makes me a pirate. Mark Watney: Space Pirate." There's also this legal quandary: "They say once you grow crops somewhere, you have officially colonised it. So, technically, I colonised Mars." Thank heavens he blows up the airlock at one point and kills his imperialistic potato crops!

Potatoes were brought from the New World, after all, and in British thinking, spuds always stand for the impoverished Irish – ever watch Interstellar? The politics, then, are wonderful but shouldn’t detract us from how bloody enjoyable it all is.

There's lots of humour – the hydrogen scene, for one – and you empathise with the hero throughout the movie (wise choice in Damon, given how annoyingly cute he is, but that nude scene was completely uncalled for). You feel that you're there on the planet with him or in mission control on Earth, engrossed in the science of it all. You find yourself making contributions on how they can improve this or make that work, when it comes to gravity or botany or central heating or anything for that matter. 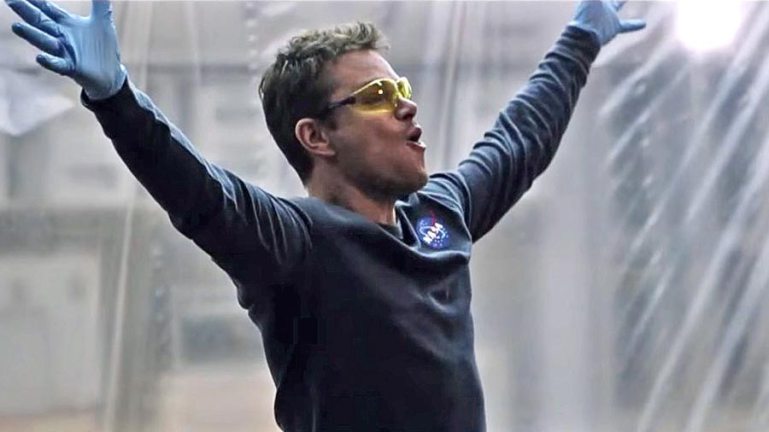 The space suits are wonderful and thoroughly believable, I think taken from the Soviet cosmonaut model, and the set designs are both practical and have aesthetic value. The music is effective; funny, exiting and tragic when need be. The landscapes are breathtaking and visualisation beautiful – the lighting in the suits and the emphasis on dust and grime and the hard metallic look of things and the night sequences are all vintage Ridley Scott. He's more than made up for Prometheus here and has finally reestablished himself in the sci-fi and space movie genre.

Scott was the original director earmarked for adapting Frank Herbert's Dune (1984) and was going to become the next George Lucas, if it hadn’t been for Blade Runner (1982). This is by far the best outer space movie since 2010: The Year We Make Contact (1984) and with lots of tributes to Kubrick's classic, 2001: A Space Odyssey (1968). It's also the best Mars movie since It! The Terror from Beyond Space (1958) and Robinson Crusoe on Mars (1964). Yeah, the rest of the movies since those two have been that bad.

I'd always suspected that Prometheus was such a dud because Ridley had been out of the sci-fi loop for so long. That was in part why Kingdom of Heaven (2005) had so many problems, compared to the stunning Robin Hood (2010) afterwards. There's also evidence here that Scott has become wilier with time. Prometheus didn’t succeed, in 'my' opinion, but the fans loved it, and The Martian was an even bigger success with talk of Oscar nominations. If you watch the deleted scenes from Prometheus you find that many are wonderful, and all 'vintage' you-know-who. So they were probably taken out to satisfy the superficial Yanks.

Here's one last British contribution: Watney's comment at the end of the movie, about space not cooperating and how you should never give up hope, solving one problem at a time, you feel is a message to the world today. If plants can grow against all odds in the Martian desert, then there's hope for the rest us, if we can plant the seeds of peace in our hearts. But the Americans have to start first since we've already done our part and found the water there! 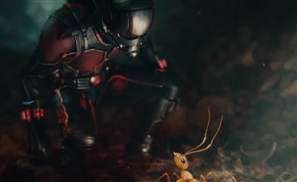