Video: A 2000-Year-Old Egyptian Mummy's Face is Reconstructed and the Results are Phenomenal

An expert team reconstructs mummy head of an ancient Egyptian female using modern technology and the result is incredible.

Tutankhamun is so 1922. Nowadays, modern scientists and Egyptologists are taking advantage of modern technology to gain new knowledge about how ancient Egyptians lived and looked like. Gone are the days where experts would need to actually host mummy-unwrapping parties (yes, those were a thing).

As such, a team of experts from the Harry Brookes Allen Museum of Anatomy and Pathology (part of  the University of Melbourne) have reconstructed the 2,000 year old mummified head of an ancient Egyptian woman with the help of CT scanning and 3D technology.

They named her Meritamun - ‘beloved of the god Amun’ and it’s estimated that she died young, between the ages of 18 and 25, although the reason of death is still unspecified.
How did they do go through with the reconstruction? Well, they teamed up with the Victorian Institute of Forensic Medicine to be able to scan the mummified remains including the whole skull and all layers of the item in a very non-invasive way that wouldn’t lead to any physical harm of the mummified head.

From there on, a 3D skull was created by forensic sculptor Jennifer Mann who has had experience in forensic facial reconstruction from the criminal cases she has worked on. It was then about indicating with markers how deep the tissue would be at various point of the face and actually applying the clay based on the actual anatomical rations of the skull accordingly.

“This way she can become much more than a fascinating object to be put on display. Through her, students will be able to learn how to diagnose pathology marked on our anatomy, and learn how whole population groups can be affected by the environments in which they live,” said Varsha Pilbrow, a biological anthropologist at the University of Melbourne’s department of anatomy and neuroscience.

The experts have also stated that the project was an exceptional teaching tool for individuals and students studying pathology and forensic analysis. Now that they have been able to discern her looks, the researchers are carrying out more tests to figure out her health patterns. Currently, it is estimated that she might have suffered from tooth decay, possibly dating her to Greco-Roman times when sugar was introduced after Alexander’s conquest of Egypt in 331 BCE, and anaemia. "Certainly we know there's thinning of the skull which could indicate anaemia," Dr Jefferies said although it might be hard to know for sure considering the rest of Meritamun’s body is missing.

Also, the fineness of the linen bandages behind Meritamun’s head mummification suggests high status embalming from the earlier time of the Pharaohs. With more tests and studies, they hope they will soon get to understand more about her and how her life was.

‘AlRawabi School for Girls’ was a first of its kind in the Arab world, resonating [...]
Week Month Year 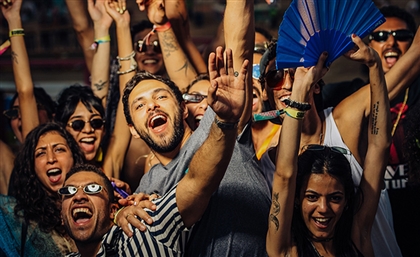