Earlier this week, Lindsay Lohan claimed she was "racially profiled" at Heathrow airport for wearing a headscarf. Senior Writer Niveen Ghoneim feels for LiLo, but would also like to tell the Mean Girl to quit touting her forays into Islam for shock value, and, maybe, check her white privilege.

In 1997, shortly after the birth of her daughter, Madonna opened up about her adherence to Kabbalah for the first time, signalling her departure from Material Girl to pop stoic. The pivot was basically her way of saying Okay, you guys, dry humping things on stage and flashing the audience is really unbecoming of a parent, so let me, at least, wear this red string bracelet and chant mantras as I dry hump things on stage and flash the audience. Pop Kabbalah soon became a fad, sweeping through Hollywood, attracting an assortment of very bad entertainers like Ashton Kutcher, Demi Moore, Britney Spears, and even Paris Hilton, and reducing an ancient form of mysticism that predates religion to 2000s kitsch in the process.

In similar fashion, American actress Lindsay Lohan has recently gone public with her latest thing, Islam! The Mean Girls star was seen cradling a Qur’an in May 2015, then, she doubled down with a slew of exhibitionist stunts, from quoting Islamic sacred texts to sporting headscarves.

It was all relatively fine and dandy until Ms. Lohan’s orientalism took a back seat for cultural appropriation. Speaking on Good Morning Britain earlier this week, the actress claimed she was “racially profiled” at Heathrow airport for wearing a headscarf. You read that right, Lindsay Lohan, from Freaky Friday, the whitest movie ever, has just been the victim of Islamophobia and racial profiling. Let that sink in.One could almost be forgiven for thinking the troubled starlet has never consulted a dictionary, but make no mistake, this is a classic case of cultural appropriation. Lindsay Lohan isn’t a Muslim nor is she a hijabi, and she most certainly isn’t the first person – and she won't be the last – to claim ownership of other another people's culture and struggle. But with Muslims being the underdogs du jour, she is sure to make headlines on the backs of human beings who are actually discriminated against, racially profiled, and denied refuge because they’re the wrong faith.

Unlike Kabbalah, which has mainly been embraced by the rich and famous, Islam, in the Judaeo-Christian west, has been the religion of choice for the underdogs and the rebels – Muhammad Ali and Malcom X being the prime examples here. Black conversion to Islam was, in many ways, a result of the white supremacy infiltrating American Christianity and many African Americans saw the Muslim faith as an antithesis to white Christian racism.

And while one can’t speculate as to what Ms. Lohan’s intentions might be, it would seem like the association is all too convenient and consistent with her reputation as a wild card, except she’s an actress whose idea of defiance is partying too hard, double parking, and not paying taxes, not a civil rights icon.

The manner in which Lohan displayed her interest in Islam is also quite telling. Earlier this year, the actress chose to wear a headscarf during a photo op in Turkey, which, unlike Saudi Arabia, is a secular Muslim-majority country – for now, at least. So it is quite interesting why a non-Muslim woman would willingly abide by a Muslim dress code, especially since she is not required to, as if all Muslim women are veiled. Nothing orientalist or caricatural there!

This isn’t about Lindsay Lohan’s soul, it’s about an entitled little white girl who is foraying into Islam for shock value to resuscitate her career. Just like Nicki Minaj, who pretended to be bisexual to garner attention, and Miley Cyrus, who wore black culture like an accessory to reinvent herself, Lohan is a confused girl seeking validation at best and an orientalist at worst. 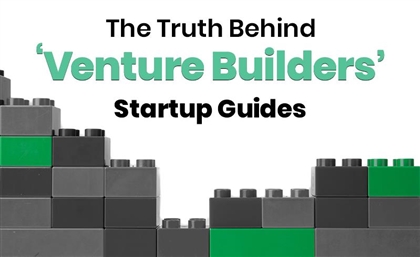