Previous Post
Smartphone Sales in Egypt Among the 10 Highest in Developing Markets
Next Post
Cloud 9 Music Festival is Back!

Human rights group Amnesty International has denounced a string of violations carried out by Egyptian police, following a shocking video released depicting the police beating a man at a metro station. 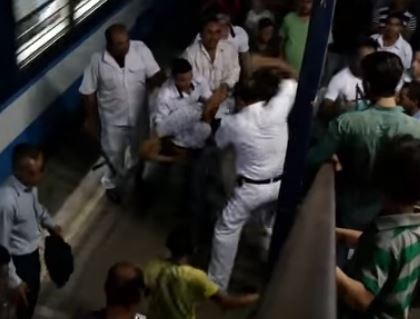 Amnesty International has denounced police violence in Egypt and called on the country's Interior Ministry to stop attacking its citizens. The statement comes just days after a video of a police officer beating a man in Dar Al-Salam metro station went viral online. Today, the human rights group called for an immediate investigation into the incident and the police officers' conduct.

The video appeared on Tuesday on YouTube, showing a group of policemen severely beating a man inside a metro station. The video’s publisher, named as Abd Elaty, claimed that the incident took place in the metro hub near Helwan on Monday afternoon.

He said: “A group of men were sexually harassing the man’s fiancé. Policemen however refused to rescue her, which urged her fiancé to go and argue with the policemen and insist on filing a report against them. One of the policemen then insulted the complainer, and kept arguing until other policemen stepped in to beat him as well.”

Egypt’s interim cabinet amended the country's sexual harassment law and included it in the Egyptian penal code in June. The new amendments escalated the penalties for any form of verbal or nonverbal sexual harassment or abuse in public or private areas, to at least six months imprisonment and a fine of between EGP 3,000 and EGP 5,000.

However, activists claim that many women still face difficulties when reporting harassment offences to police. The country's security officers have been long accused of brutality by activists and human rights groups causing many to fear a return of Egypt's police state. 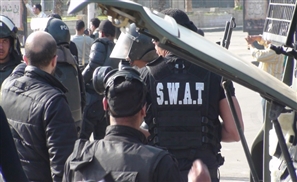