The 78th edition of the iconic festival welcomed Gemini Africa into the fold, where CEO Adly Thoma lead the charge in spreading the good word of a CinemaTech track on the cusp of changing filmmaking.

The entrepreneurial ecosystems in Egypt, Africa, MENA and other ‘emerging markets’ have often been accused of closing itself off from the world, talking inwardly to itself, rarely breaking out to explore the opportunities that the world presents.

It’s a loop that investment firm, Gemini Africa, has been looking to break with its innovative CinemaTech Track. Over the last 18 months, we’ve seen founder Adly Thoma preach the possibilities held by the future of filmmaking at a number of festivals locally and regionally, though participation at the 78th edition of the Venice International Film Festival represents the track’s biggest step yet.

Looking to the next big leap of filmmaking - where the touch of innovation has rarely surpassed evolution of software and tools - the CinemaTech Track has already gained traction, going some way to not only raising awareness of the many possibilities the future holds, but empowering filmmakers in the region.

This year’s festival returned in full force, after taking on a more restrained approach in 2020 due to the pandemic. Across 10 days, the festival served up its usual of red carpet glamour and premieres, with Gemini Africa making a mark as part of a special panel discussion held by Venice Production Bridge (the industry-facing section of the festival) and the Arab Cinema Center, one that brought together a host of influential impactful figures in the world of Arab film and beyond - including Thoma. Under the title 'The New Finance of the Arab World', the panel saw Thoma line-up alongside Wayne Borg, Managing Director at Sydney-based media and entertainment powerhouse, NEOM; Stephen Strachan, Film Commissioner at KSA’s Film Alula; Assem Ramadan, Director of Operations at Rotana Media Group; Mohannad Al-Bakri, Managing Director at The Royal Film Commision in Jordan; Rula Nasser, Jordanian-Canadian film producer and founder of The Imaginarium Films; and moderator for the panel, Alaa Karkouti, who is the co-founder of the Arab Cinema Center and Cairo-based MAD Solutions, an all-in-one film production company. 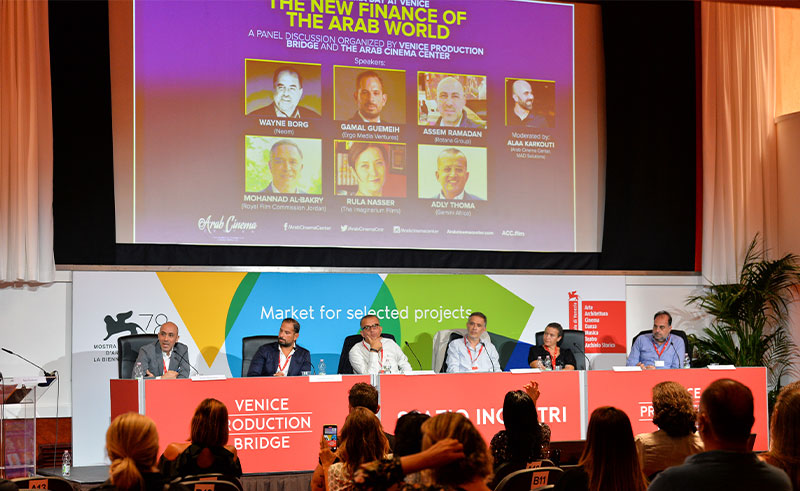 With such a diverse coming-together of people, the panel transpired to be a hot-pot of discussion, opinion and speculation, with a special cocktail reception hosted by Gemini Africa inviting guests to find out more about the unique track. It allowed Thoma and Gemini Africa to talk face-to-face to filmmakers, producers, studio reps and other industry stakeholders, outlining the goals of the track, the opportunities presented by Gemini Africa holding the intellectual property rights to it and striking up more partnerships on a global scale. 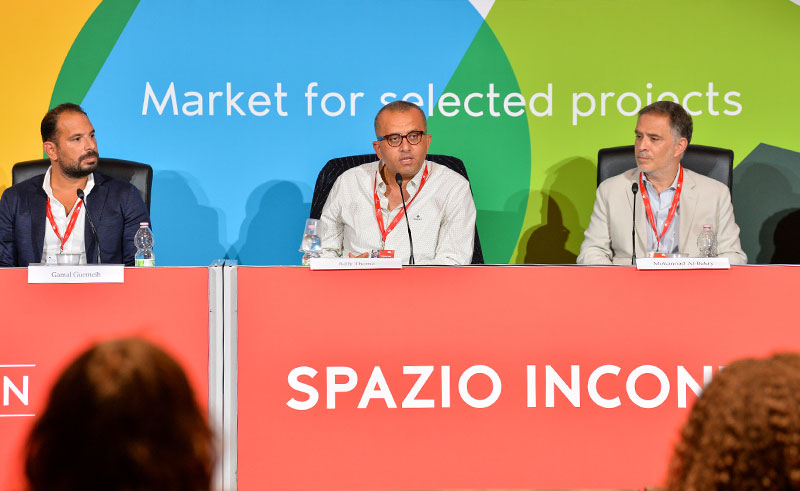 The event also saw Gemini Africa reveal its board of trustees, one that brings together heavyweights from every corner of the cinema ecosystem in Egypt, as well as some. Joining Thoma is on-screen talent such as Hend Sabry, Sherina Reda and Raya Abirached, as well as off-screen talent in the form of Ahmed Al Morsy, Amir Ramses, Alaa Karkouti, Tamer Mortada and Marwan Hamed, with one Naguib Sawiris as Chairperson. 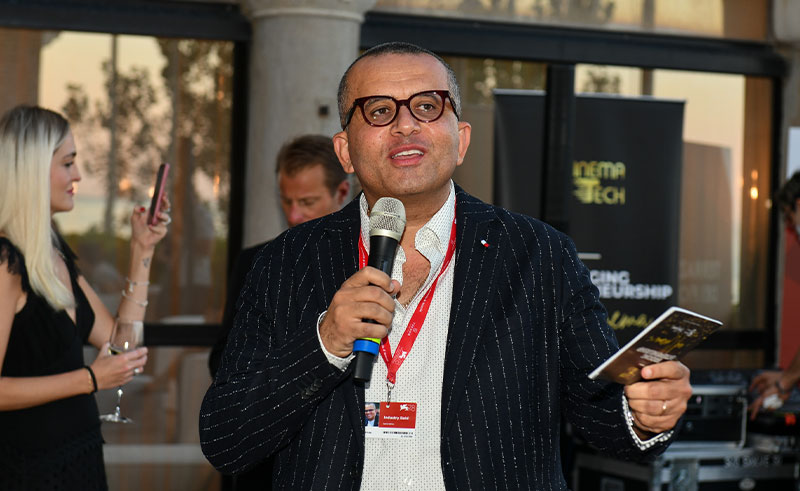 While Thoma and co. are under no illusions of the task at hand, of the tremendous efforts that the CinemTech Track requires to achieve its lofty goals, the roster of the board and its collective pedigree speaks volumes of the promise it holds. One key point is that these men and women have not been chosen for their names and will in fact play an active role in the track. They will lead the strategies and visions for the track, providing valuable insight on international tech trends, identifying potential hurdles, adopting ideas for investment, connecting with creatives and entrepreneurs alike as mentors and consultants in the process of project implementation and acting as ambassadors for the overall goal of accelerating tech innovation in the industry.

Participation in what is one of the world’s most revered film festivals comes as just one of many similarly unique collaborations and partnerships. Since launching, the track has participated in Luxor African Film Festival, Aswan International Women Film Festival, Monaco Streaming Film Festival and even Cannes, as well El Gouna Film Festival, which it is set to participate in this year, too.

These efforts form just one part of the bigger picture and are allowing Gemini to dig its heels in the industry, turning the way of entrepreneurs that potentially hold the key to the future of filmmaking in a world that is adopting new innovation and tech at breakneck speed. It’s time for filmmaking to catch up.

Through the partnership, Tabby and Paymob aim to create a seamless BNPL solution [...]

With the new investment, the startup plans to expand its presence in Egypt and [...]
RELATED ARTICLES

A slew of Arab stars, directors and presenters have been spotted turning heads at [...]

Egypt's 'My Girlfriend' to Participate in Venice Film Festival Contest

The short film will compete at the Venice Film Festival’s ‘Orizzonti Cortometraggi [...]

We sit down with Gemini Africa Chairman and CEO, Adly Thoma, to find out more about [...]
Week Month Year