With the fate of Egypt's legal system hanging in balance until a decision is made by the Constitutional Court come May 12th, Adam Mowafi finds that there are three sides to this story... 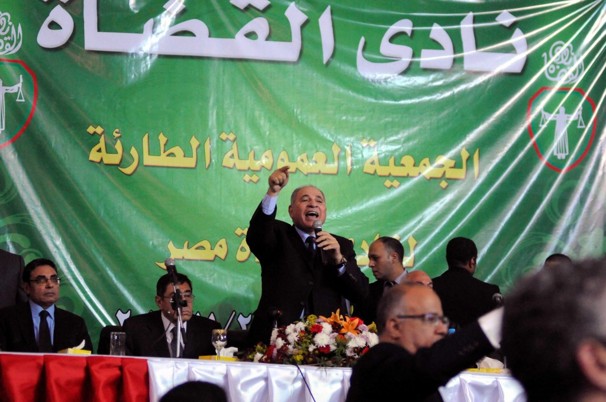 It's Friday morning and another mass rally has been planned. Mohamed has received his orders from someone at the guidance office to keep the pressure up. Without even knowing exactly why they are there, Mohamed has ensured all the Brotherhood youth were rounded up from his village and on the assigned bus to take them to the court. Mohamed surveys the scene and is pleased: flags with the crossed swords of the Brotherhood emblem are a-plenty, as well the signature black Jihadist flags. Mohamed has been told by his superiors what to shout out and has made sure everyone is well versed: "Cleanse the judiciary!" "We will complete the glorious revolution!" "God is great!" Mohamed knows that this protest is important because every village and town has had its youth sent here. He does not need to question; he has been taught his superiors are always right. To the left of him, Brother Ahmed is staring off into the distance trying to make out if the kafer opposition might be approaching. He places his hand over his pocket, feeling the concealed gun. He knows if he maims any of the opposition today, God will reward him.

Inside the Constitutional Court, the senior judges are confused; they never thought that the demise of law as we know it would be at the hands of a militia. This is not the first time they’ve experienced this sense of helplessness – it was only a few months ago, when they were surrounded by the same angry crowds, that they shut down operations as a sign of peaceful protest. However, this tactic did not work, and their punishment for not dissolving the Constitutional Committee was four of their members being culled, not to mention the passing of a constitution that they know isn’t worth the paper it’s been written on. The stakes are even higher now. If they do not choose to dissolve the Shura Council on the 12th of May, justice in Egypt will cease to exist and the President will have absolute power over the Judiciary. This will be their defining moment; history will remember their decision as that which ushered Egypt into the Dark Ages OR a heroic one that took a stand against extremism and power mongering. They look nervously at each other. At their age, and after such long careers, should they make this their fight? Each of them knows they can retire quite happily and leave Egypt but, if they choose to do the right thing, the consequences for their personal lives could be dire.

Hisham can't even look at the news anymore without feeling despair. He remembers that back in 2011, when the revolution started, he would obsess over every story and he rejoiced every day when he heard that Tahrir was swelling. His parents tried to explain that, if Mubarak fell, there would be chaos and the Islamists would seize the chance to grab on to power. He laughed at this and assumed they were just scared, naïve and, frankly, brainwashed by state TV. Hisham was out at every protest; he even voted Morsi, much to the malaise of his parents, just to prove a point. Since the presidential elections, though, things have gone from bad to worse: he lost his job, the police are back to their old tactics and, instead of more freedom, he finds his Coptic friends are being persecuted more than ever and that famous Egyptian friendliness has been replaced by bitterness.  At first, he lost all hope but now he is just angry. He likes what the National Salvation Front are saying but feels they do not turn these words to actions. It’s Friday morning now and he has joined a group of a few hundred youth, standing a few streets away from the court. In front of them is a tide of bearded men sounding more like an army brigade than protesters.  Hisham loosens a brick from the already-crumbling sidewalk, looks to his friends, and charges. There’s nothing to lose, he thinks. If the judiciary is taken over, the Egypt he dreamed of and fought for just two years ago, will never materialise.

As it stands now, the laws of this country are being applied by a body which was never voted to be tasked with such a responsibility. The next three weeks will be the most significant since the presidential election and there are only two possible outcomes. The first outcome is that Morsi, after instructing his militia to protest “cleansing the judiciary,” goes ahead with a new law which would allow the President to directly pick the Public Prosecutor. This will result in over 3,000 judges removed and replaced by Brotherhood ones. The second outcome is that the Constitutional Court dissolves the Shura Council and new laws of this kind will not be passed until a new parliamentary election with the hope that the results will be more representative. 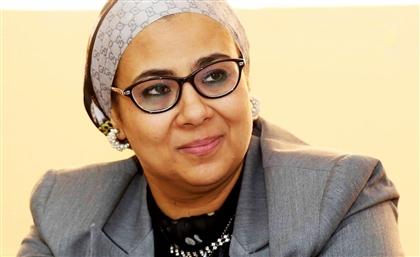 A testament to the kind of judicial efficiency these women of the law hold. [...] 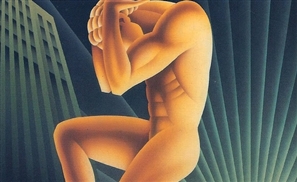 Egypt's legal dilemma might just be straw that breaks the camel's back, as Adam [...]