Having recently made headlines for his inclusion on Forbes' hotly-anticipated annual 30 Under 30 list, Egyptian doctor Mohamed Zaazoue talks to us about the initiative that got him there, the inspiring Healthy Egyptians campaign... 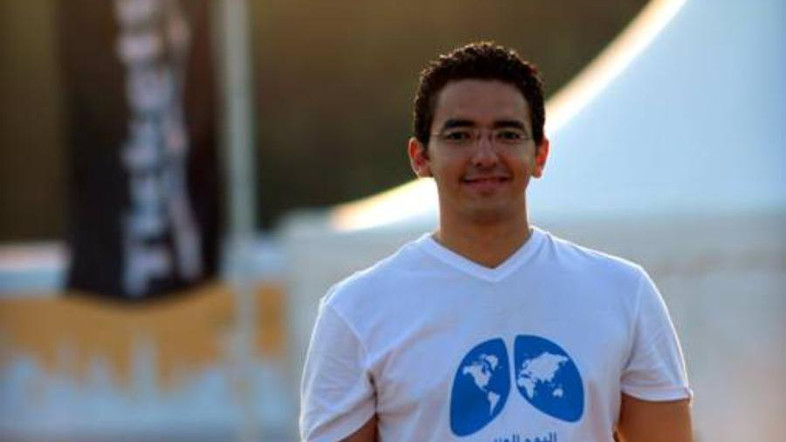 A modest Egyptian doctor, Mohamed Zaazoue, was caught off guard, as was the rest of Egypt, to discover that he was placed on Forbes’  30 under 30 Social Entrepreneurs list. The honour came as somewhat of a surprise, but was definitely well deserved. Dr. Zaazoue, a 26 year-old graduate from the Faculty of Medicine at Ain Shams University Hospital, is currently enrolled in the Neurosurgery residency programme. Since graduating, this doctor has been busy working with an organisation named Healthy Children, which aims to provide children with the educational tools required to overcome different diseases while correcting bad health habits, taking parts in initiatives such as Pneumonia Day.

The effectiveness of this initiative found Dr. Zaazoue being invited to join Ashoka, an international organisation that supports social entrepreneurs, as their newest and youngest member working in the field of health. Instantly enticed by this doctor’s efforts we decided to track him down, and ask a few more questions about his initiatives and how it feels to be acknowledged by Forbes.

How did you find yourself being noticed by Forbes?

Being chosen by Forbes was news to me as it was for other readers; you can't nominate yourself to become chosen on the list! It was happy news for me, however, I have to attribute this recognition to my fellow team members, who are the dark horse behind the success of Healthy Egyptians.

Tell us about some initiatives that Healthy Egyptians is taking...

Healthy Egyptians has created innovative health educational tools that carry hidden messages to the children, protecting them against different diseases prevalent in our region. The tools include colouring books, cardboard games, puppet shows and a high quality cartoon movie, in the form of a story about a boy called Montasser. In each book or cartoon episode, Montasser overcomes a different disease or bad health habit, and hence the name Montasser Overcomes.

We have also created an innovative called the Portable Child Cinema which we install in different venues that we visit, including shopping malls, impoverished areas and social clubs. The booth is designed from inside to be a cinema for children, with small, attractive chairs, a big screen TV and a sound system. The cinema features our health educational cartoon Montasser Overcomes.

So far, we have produced two colouring books, and a single cartoon episode. I am hoping that I can produce a series of 30 different books and 30 cartoon episodes that cover the whole spectrum of diseases and bad health habits prevalent in developing countries.

I also wish that we will start exporting these health educational tools to any entity or NGO worldwide that would like to spread health awareness using colouring books or cartoons, since these illustrations carry a universal message that can be understood by any child colouring/watching them, regardless of his/her native language. Any interested organization can contact us at info@healthyegyptians.org and we will provide them with the high quality PDF files and the cartoons, free of charge, on one condition: that they be used for non-profit purposes.

Also, if any social entrepreneur in Egypt has a genuine idea that would benefit the community in the field of health, and wants to work in an innovative way, we would love to provide him with the legal, financial, logistical and professional umbrella, to help him apply his idea and benefit the healthcare scene in Egypt and the region.

Approximately how many Egyptians die of pneumonia a year?

The exact numbers of the pneumonia deaths can't be accurately calculated because of the poor diagnosis system and inadequate documentation in Egypt's healthcare system. Pneumonia is ranked by the World Health Organization as the number one killer under the age of 5 years. The number of under-5 deaths in Egypt is 40,000 children each year, according to the UNICEF in 2011; Pneumonia and Gastroenteritis being the major contributors to these unfortunate figures.

How is it cured, and how many people have you saved?

As deadly as pneumonia is, it can be easily prevented using simple precautions which include hand washing, good aeration of homes, adequate nutrition and immunization (vaccination). What many Egyptians don't know is that pneumonia can be prevented using vaccines that are available in the Egyptian market. The most common causative organisms that lead to pneumonia are Streptococcus pneumoniae, and Hemophilus influenza.

Luckily, there are vaccines protecting against these two organisms, but they are not yet included within the National Immunisation Programme. Some rumours have been spreading around that the Ministry of Health will introduce the Hemophilus influenza vaccine into the National Immunization Program, but it is not confirmed yet.

What I have done regarding this issue is that I have spread health awareness regarding the disease to over 50,000 parents and children all over the country, from Alexandria to the Wadi al Gadid governorate. I have also vaccinated 14,000 children under the age of 5 years, using the pneumococcal conjugate vaccine, which protects against Streptococcus pneumonia, the most common causative organism producing pneumonia, with a total cost exceeding 5,000,000 Egyptian pounds. These vaccines were provided for free to children who belong to under-privileged families, free of charge, thus providing them with life-long immunity against their number one killer.

What is another condition plaguing Egypt that could be inexpensively solved?

Iron deficiency, anaemia, which affects around 66% of pre-school children in some governorates in Egypt according to a report by the World Health Organization. This can be easily prevented by following a healthy and balanced diet.

How did it feel knowing that your efforts were being ranked alongside celebrities like Justin Bieber?

While Justin Bieber might have made it to the "30 Under 30" list for his songs and concerts, my recognition in the list comes under a whole different category, which is social entrepreneurship. Many people dream to make it onto the pages of Forbes magazine, and those who succeed usually do so because of their smart business decisions or high incomes. I am proud that I have made it into Forbes for my community service activities that operate solely for non-profit purpose and has only one vision: to reach a population of 'Healthy Egyptians.'

On a side note, I am honoured to have made it next to Malala Yousafzai in Forbes, who took a bullet in her head promoting for girls' education in Pakistan.

You have three more years until you no longer qualify on the Forbes list. Do you have any plans that may secure your name on the list next year?

I surely don't mind seeing my name on the Forbes' list again next year, however, I don't have any plans for the purpose of securing my name on the list! My plans for next year include creating more books and cartoons for the children, reaching more beneficiaries inside and outside Egypt with my health educational tools, incorporating these tools into the curricula of all Egyptian schools. Actually, I hope other Egyptians would make it to the list next year.

I hope that we will start to realise the power and influence of the youth in Egypt. While I might have made it into the Forbes' list for being one of the most influential people worldwide under the age of 30, we do not see many under 30 physicians in Egypt being given important governmental posts. We have tried the management styles of different Ministers of Health over the past few decades, and the result is an inadequate healthcare system that doesn't suit a country with Egypt's potential. Let's try having younger, more energetic Ministers of Health in the coming period.

Get involved and learn more about Healthy Egyptians on the official website here: http://www.healthyegyptians.org/ 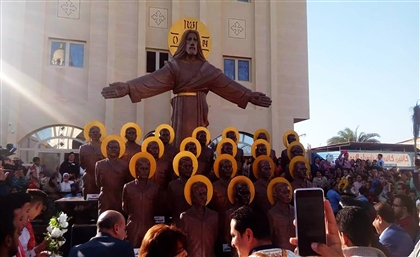 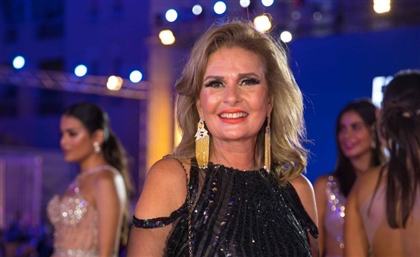 Egyptian film star Youssra will be the guest-of-honour at the Cairo Days for Arab [...] 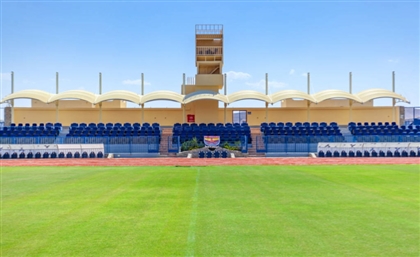 El Gouna Stadium has been renamed Khaled Bichara stadium to honour the legacy of [...] 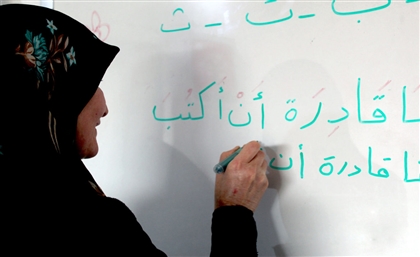 The faculty of commerce at Ain Shams University has launched an initiative awarding [...]
RELATED ARTICLES 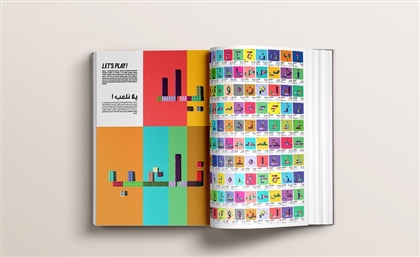 Internationally acclaimed graphic designer, creative problem solver, and one of [...] 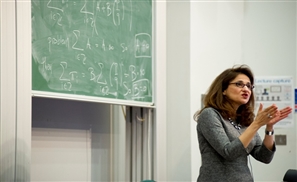 The Egyptian-born maverick is currently the deputy governor of the iconic Bank of [...] 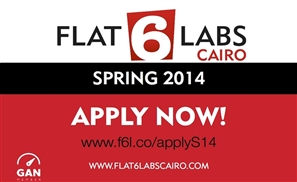 Egypt's most innovative start-up incubator is accepting applications for their [...] 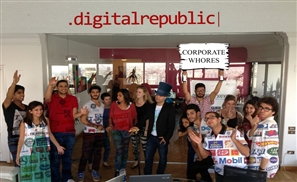 Reinventing online marketing in Egypt and the region, Karim Khalifa, the founder of [...]
Week Month Year