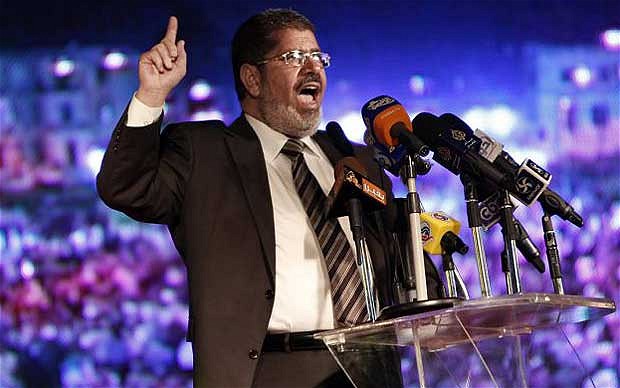 We’re always looking for new books to read, and if they’re fresh and current, all the better. And quite frankly you can’t get more current than Reda Al-Masry’s latest release: Nine Months of Achievements – President Morsi Builds Egypt Anew. Penned by a man well-known on the Muslim Brotherhood’s educational circuit, the entertaining 124 pages are set to be distributed among young members of the group to enlighten them on our dear President’s accomplishments. Why? Because Al-Masry wants to prove some points (nine points, to be exact) to the “envious people inside Egypt that seek to tarnish his image.” Obviously.

Sure, he’s the first elected president and he’s the first civilian to hold that position too. And yes, he’s allowed veiled TV presenters on air for the first time in 52 years, has challenged the Army and sued his enemies. However, these sort of achievements, intricately detailed in the new book, don’t necessarily do justice to the man. As such, we’ve decided to publish our own manifesto, paying homage to what we feel are really Morsi’s most shining moments:

By cutting off our excess supply of electricity and water, he has prevented the masses from wanton wastage. Even Amreeka ain't that sorted on the environmental front. How do you like them apples, Al Gore?

For the first time in recent history Morsi, has unshackled men across the country from the awkwardness and shame of ball-scratching. In one fell-itch, he has made it okay for men to adjust their nether-regions in public.  One small scratch for Morsi, one giant sigh of relief for MANkind.

While nations across the world struggle with healthcare, Morsi simply hiked up taxes on cigarettes and alcohol to extortionate prices. The genius of this is that he is now protecting both our physical AND moral well-beings. Rabina yekhaleek lena, ya Morsi!

For those who feared the powerhouse that is satirical commentator Bassem Youssef; for those who knew, deep down, that if left to ram his tongue into his cheek indefinitely, all hell could break loose and a 7,000 year civilization could collapse, Morsi came in and saved the day, by kind of annoying him with fleeting legal decisions that catapulted Youssef into international superstardom and landed him on the Time 100 list. Well done Morsi. Now he's Amreeka's problem. Phew!

5. A Culture of Dependency

Independence is burdensome. Having to look after oneself is for poor people and women who can't find rich husbands and /or choose to work (see: Whores). Thankfully, Morsi has saved us from a tiresome future by begging for hand-outs from richer and more powerful nations than little old us. Who doesn't want Qatar as a suga-daddy?!

We used to sit there and worry about the lack of Iranians at our hotels, resorts and landmarks. Thank God the Persians are finally here!

In one Time interview, Morsi educated the culturally-poor about Amreekani films like Planet of the Apes and Italian food like Spaghetti.

Before Morsi were YOU aware that, as a nation, we were being fingered? DID YOU? Well, we can sleep easy knowing that he will now cut the fingers off all our molesters.

9. Teaching Us the Difference Between ‘Versus’ and ‘Against’

As a result we are now only versus Morsi, not against him. 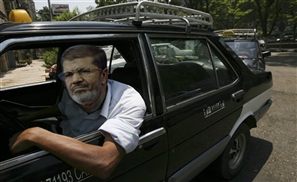 Taking a leaf out of Jens Stoltenberg's book, we imagine what would happen if Morsi [...] 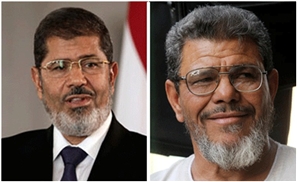 The splitting image of Mohamed Morsi, Ramadan Al-Sohagi was denied the simple and [...] 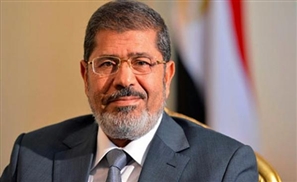 Many of you have been reading excerpts of our dear president Morsi’s groundbreaking [...]
Week Month Year