Our intrepid man-on-the-ground Eihab Boraie gives us a brief round up of the last few tumultuous days in Egypt... 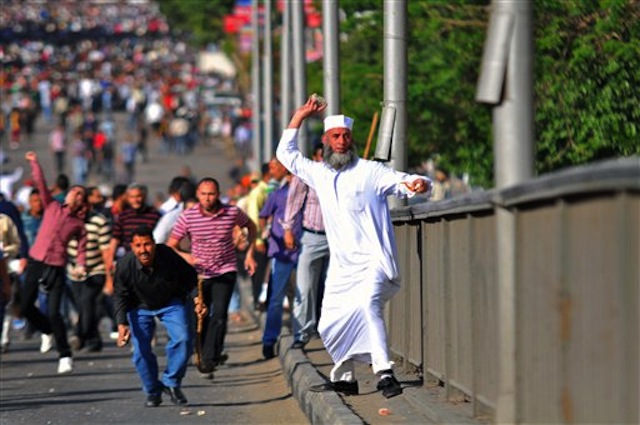 Revolution over? Maybe to the naive few who mostly sat around watching things unfold on their televisions. However, we are now living in the most dangerous time since the June 30th protests began. Overthrowing Morsi has given the majority of Egyptians their country back, at the same time it has collectively pissed off plenty of extremists who find it a duty to kill people who don't share their opinions. I know this first hand after writing the Heart of Islamess, during which I talked to more extremists then I care to remember. The reoccurring message received is that they have no problem turning Egypt into a Syrian mess, and that they would feel just as good in death as they do in life.

So what has happened since Morsi was forced out? Well the simple answer is a lot of noise and violence. Acting as interim president is Adly Mansour, the head of the Supreme Constitutional Court, and Mohammed Baradei was supposed to be interim Prime Minister, but that is now in question. In response to these, changes extremist clerics were calling for protesters to take a blood oath and take to the streets on Friday dubbing it the “Friday of Rage”. Their wish was granted resulting in at least 30 people killed in clashes between pro-Morsi supporters, anti-Morsi protestors, and the military. There are reports that the military has been using live ammunition on Pro-Morsi supporters, while at the same time detaining many of the Muslim Brotherhood leaders. As it stands Helmy al-Gazzar, Mohamed al-Omda and Abdel Moneim Abdel Maqsoud all face charges of inciting violence around Cairo University, where 21 people were killed and many more injured, just hours after I finished interviewing Islamists. Also arrested was Khairat el-Shater, MB Deputy.

All these arrests have just added more fuel to the fire and now the violence is spreading to all of Egypt. In Sinai, militants attack military checkpoints, a police station, a gas pipeline, El-Arish airport, and killed a Coptic Priest. Outside Luxor 23 Coptic homes are burned down, and in Alexandria at least a dozen killed.


Adding to the mess is the fact that those who supported military intervention are now questioning their role. The army is deployed on the streets for damage control. They have no problem with peaceful protests as demonstrated by anti-Morsi protestors on June 30th, but when pro-Morsi protestors take to the streets with blood oaths, then it is the army’s role to quell the violence from spreading. Even if it means using deadly force. With Ramadan quickly approaching and with both sides planning massive marches, one thing is for certain, if the violence keeps on, the military will have to put a curfew in place. As much as I hate that idea, it might be the right move as this crisis is rapidly spinning out of control. The updates keep happening by the hour so, we here at Cairo Scene's have decided to start a new live blog update….

For the most up to date information check out July 3rd Aftermath live blog. 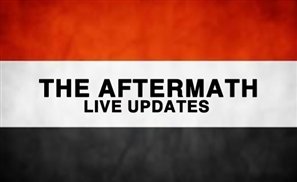 Following the July 3rd ouster of Morsi, the nation is in turmoil. We continue with [...]
Week Month Year