The Idea of Politics

We all have those dream scenarios about the girl on TV, the girl next door and sometimes that girl over there, which seem like a good idea, but deep down you know the idea of that person is better than the reality... 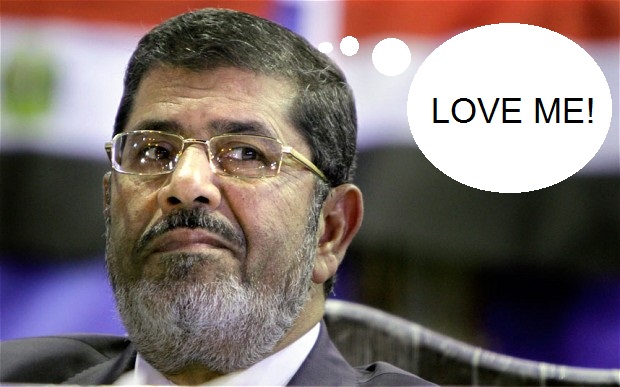 The fantasy is always perfect:  a combination of a fantastic body, Hawking-level intelligence and culinary skills that would make Gordon Ramsey go back to football. The reality is: a WonderBra, an article she memorised to make her look smart, should the occasion arise, and a meal which was in fact ordered an hour ago.

The same applies to politics. At some point over the last 2 years, a guy called Mohamed probably told Ahmed who told his mother, who told her social media savvy nephew that the act of voting would fix all the problems in Egypt. It seemed perfect; place your vote in this magical box and the country is fixed.

The reality is, while democracy is the correct mechanism for improvement, it does require effort from its population, something I feel most Egyptians have failed to come to terms with. We now have the responsibility to enact the change ourselves by our choices and actions. We will no longer wake up and find things done for us, predetermined by a daddy figure. This goes against the laziness built into our bones. This is a problem just saying ‘inshallah’ will not fix, however many time you curl up on the floor in the foetal position and repeat it.

Our fatal error was the election of Morsi as president, but not on the religious ground. The biggest issue is that Morsi represents the shortcut; he embodies the quick fix that we Egyptians seem to love. Remember Q Net?

Morsi promised to fix the country in 100 days, despite being unaccepted by 50% of the population, not having one credible economic figure willing to work with him and actually aligning himself to policies and parties which would make life harder and less free. However, as usual, the facts were ignored because someone promised it will all be fixed quickly and easily, even if it was physically impossible.

The fact is, yes, it will take time to fix these issues. A lot of time. We also need a change in our collective mentality but the argument of ‘don’t be so hard on Morsi’ doesn’t wash with me. I wasn’t the one who promised to fix the world in 100 days, I was not the one who promised Sharia to the Islamists, secularism to the liberals and riches for the poor.

With that kind of personality, this is what happens:

The people: The power cuts off a lot.

Morsi: If you don’t use your air conditioning for 3 hours a day, the problem will be fixed. Please love me.

The people: There are no policemen.

Morsi: Look, it’s simple guys. Just be really nice to each other and then we don’t even need police. What do you think? Awesome, right? Do you love me yet?

The people: You promised us minimum wages and an increase in salaries!

Morsi: You heard wrong, I promised an increase in SALADS. That’s why I made the minister of agriculture Prime Minister!

What does this mean for us? Unfortunately it means we will all have to read more and think for ourselves a little bit.  Who knows you might actually enjoy being knowledgeable.

By now, everyone has started to absorb the news that we are now the Islamic [...]