Egypt has announced that 144 female preachers will start carrying on lecturing tasks at premium mosques around the country starting in March. 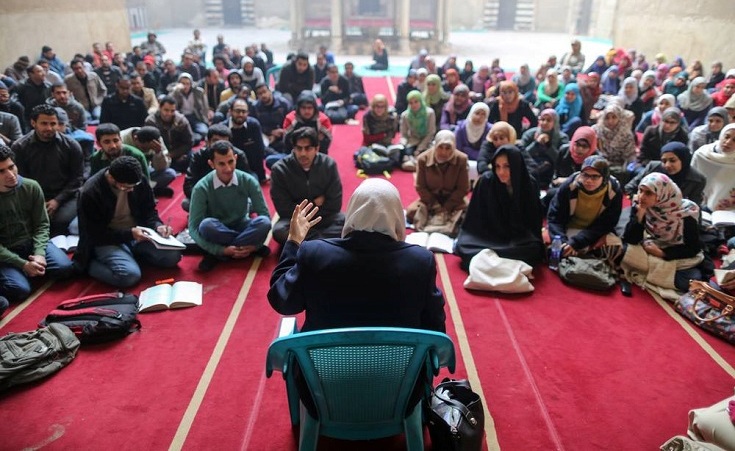 In an unprecedented move, Egypt's Endowments Ministry has announced the appointment of 144 female preachers that will perform their tasks at the women oratories. The announcement was made by Sheikh Gaber Tayei, Head of the Religious Department at the Ministry, and is the first of many new steps by the ministry to combat religious extremism Al Sharq Al Awsat reports.

In January 2015, Egypt’s Endowment Ministry announced it would be offering volunteer positions for women preachers, and have followed through on the promise appointing 144 female preachers. The move follows President El Sisi's calls for renewing the religious speech to eliminate extremism, with the appointment constituting a first in a field that is traditionally reserved for men.

"There are more steps in the upcoming period to activate the women preaching work," Tayei explains.

Female preachers will be giving religious lectures starting from March in major mosques around the country.

According to  El-Tayei, the appointment comes as one of the first steps in the ministry's plan to combat extremism.

After its nomination by the Egyptian government, the Egyptian Museum in Tahrir has been accepted into UNESCO's tentative list of World [...]

Starting in 2022, ancient Egyptian hieroglyphics will be included in the official school curriculum for students between 10 and 18 years [...]

Lebanon Native Offrami on Dance Music, COVID-19 and the US vs MENA

SceneNoise's Yassine Harris sits down with the US-based DJ and producer to shoot the breeze on everything from his latest release on [...]

Close your eyes, lay back and drift off with Stormalong's emotive release 'Burning Low' [...]