Mori Sushi launches another huge competition today, giving away free invites to the grand opening of their new branch in Mohandessin. All you have to do is follow them on Twitter and be well acquainted with their menu - simple! 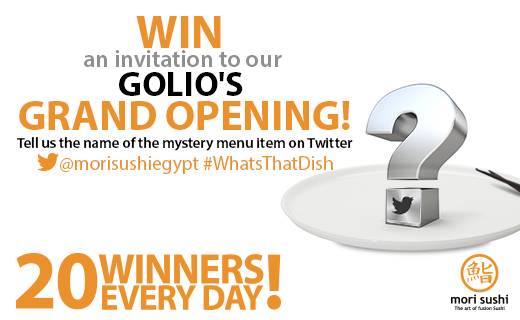 As if it weren’t enough that they gave us half price sushi, leading to queues around the block, late last year and free sushi for everyone who shared their birthday, earlier this month, Mori Sushi wants to fuel our addiction further. To get lucky with their new promotion, all you need is a Twitter account and good knowledge of their menu. Yep, it’s that easy.

Starting today and for every day for a week, Mori Sushi will tweet a photo of one of their menu items. Follow them @MoriSushiEgypt, and tell them #WhatsThatDish (using the hashtag is imperative!) and the first 20 correct answers will win an exclusive invite for themselves and a friend to the grand opening of their newest branch in Mohandessin. The latest addition to the ever-popular sushi chain will be located at Gomhoreya Square, just off Batal Ahmed Abdel Aziz Street, and will take over the villa formerly known as Golio’s.

At the lavish opening, winners will get acquainted with the newest location, as well as getting to eat sushi to their heart’s content, as the marvelous Mori crew put on a serious spread, showcasing their wide range of traditional and new-age interpretations of the Japanese delicacy.

So what are you waiting for? Follow @MoriSushiEgypt now and get guessing! Rumour has it they’ll be posting their first #WhatsThatDish image at 1pm! 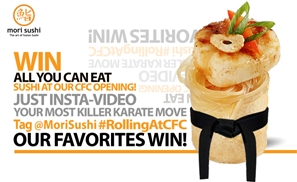 Win All You Can Eat Mori Sushi at CFC Launch

Show the pioneers of Japanese cuisine in Egypt your best karate moves and you'll be [...] 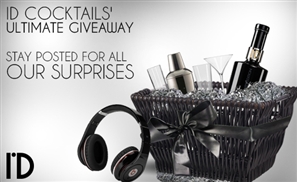 Give two fingers to dry January and beat those winter blues by winning big with [...] 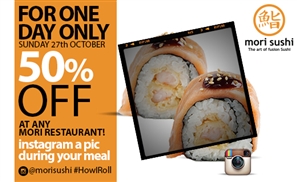 For one day only, get 50% off your bill at Mori Sushi by Instagramming a picture of [...] 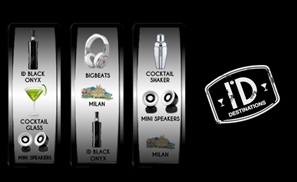 ID Black Onyx REALLY wants you to win big, so they've increased the ways you can [...]
Week Month Year