10 Heart-Wrenching Portraits of Syrian Refugees with No Family

Wars are fought on the backs of people, not soldiers, for it is they who live to remember. Those who have survived the war in Syria so far carry the memories of their fallen brethren in their hearts wherever they go, wishing they could let go – pictures of a life in ruins and a world reduced to rubble are their constant companions.

As a father of four, no one understands how irreplaceable family really is like 56-year-old Italian-born photographer Dario Mitidieri, whose fate brought him to a Syrian refugee camp in the Bekaa Valley in Lebanon to depict the human cost of the ongoing war, according to the Guardian.

A family portrait is probably not the first thing that comes to mind when you think of war zones, but that's exactly what Mitidieri wanted to show – the families that have been torn apart by war, where people lose fathers and daughters and sons and mothers and loved ones, and it is not always black-and-white like life and death; some just go missing in the fighting.

“These are families like yours and mine, [...] there’s a mother and a father, and there are children. Only for these families – because of war – some of these people are missing,” he told the Guardian's Joanna Moorhead. “What I wanted to do was leave an empty space where the missing person or people should be. It makes you ask the question: who should be there? And where are they now?”

The Lost Family Portraits went on to become one of Mitidieri's most successful photo series and earned him a second World Press Photo award. 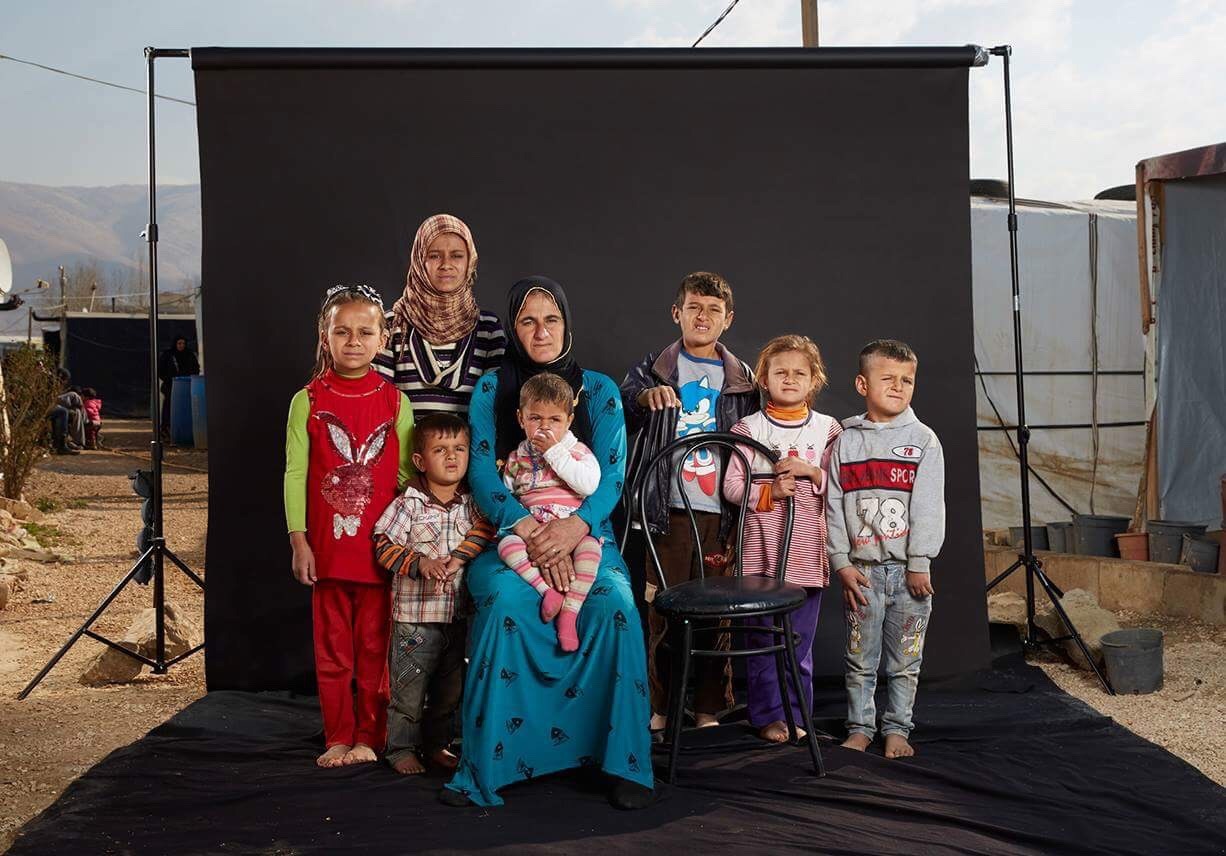 (Photos: Dario Mitidieri/Courtesy CAFOD)
The Lost Family Portraits is a collaboration between Dario Mitidieri, the Catholic Agency for Overseas Development (CAFOD), and M&C Saatchi. You can find out more or make donations here.