It might be a mans world, but where we would we be without a woman's touch? Valentina Primo uncovers the achievements of 11 Egyptian women who have left no stereotype unshattered...

They climbed the walls of entrepreneurship and jumped over the obstacles of a stereotyped gender. With an overdose of wit and determination, they are launching inventive concepts and hand-crafting their own business plans. In a country where gender inequality hinders a potential 34% GDP growth, according to the IMF, female entrepreneurs are taking it upon themselves to pave the way for a new economic model. From business women turning plastic bags into colourful furniture, to engineers creating sustainable housing for Cairo’s slum dwellers, these 11 Egyptian entrepreneurs defy statistics and tear down stereotypes.

A motherly figure for Egyptian entrepreneurs today, Dina El Mofty began exploring routes to bolster youth development in her twenties, when she founded Injaz Egypt, a volunteer-based educational programme that prepares Egyptian youth to start their own businesses. Today, after 11 years struggling against bureaucracy, partnering with schools, and involving the private sector, her organisation has made an impact in the lives of over 500,000 young students across Egypt, from Qena to Damietta.

After shuffling different positions across the marketing and telecommunications world, Abdel Asim embarked on an entrepreneurial journey in 2006, when she founded What Women Want… magazine and her boutique creative agency Media & More. Bold, irreverent and profoundly powerful, the magazine breaks gender stereotypes and addresses issues that cut across all aspects of the female life, from fashion to sexual harassment, to the trials and tribulations of the differently abled. With reputable clients in different business, her agency masters online marketing, content creation and viral video production since 2009. In 2010, she launch Egypt’s first travel magazine, The Travel Mag.

You wouldn’t see her across fancy runways and the Middle East’s leading fashion shows; Hegazy was an established engineer designing gowns for her friends in her free time, until a competition for Maybelline New York proved her she had a talent unmatched. A self-taught designer who studied through online courses and designed her own business plan, Hegazy specialised in custom fitted couture designed, engineered and embroidered styles which she went on to study at London College of Fashion. A TEDx speaker and the creative director behind her international brand, she was the first Egyptian couture brand to showcase at the London Fashion Week catwalk in 2013. Her Cleopatra collection, featuring crystals from Asfour, was featured at the Tiffany Fashion Show which ran in parallel to Paris Fashion Week 2014.

A former pro-basketball player and engineer, Helal founded Educate-Me in 2010. Originally a grassroots organisation, the initiative grew exponentially, providing more than 700 scholarships for children to access formal education in Egypt, and now expanding to a social business model. This year, the organisation was a semi-finalist at the MIT Enterprise Forum Arab Competition for startups, and is now exploring revenue streams through CSR and training services. Its community centre, located in Giza, houses 17 members and over 70 volunteers who are transforming the educational model, placing skills and values over knowledge and repetition.

In a world obsessed with figure, the Shunbo sisters embed the word “fat” with a trendy association. “A lot of people asked me: 'Aren't you worried about having Fat in the name?' Because it's like telling people, straight up, that it’s fattening. I told them that everything is fattening these days, unless you are eating an ice cube or drinking water,” said Nira in a recent interview. Kicking off with just an apartment flat and the heritage of their family’s recipes, the trio launched with strong social media action and changed the desert game, inaugurating a new era with top-notch cakes sold, not in stores, but delivered to homes all across Cairo. Earlier this year they opened up their first stand-alone store in Zamalek. This summer, they expanded operations and opened a new branch in the North Coast, bringing their most popular bakery goodies to Egypt’s most popular destination.

Yasmine is not a mother, yet she masters the parenting business on her online platform Supermama.me, a company that ranks as the 5th most successful startup in Egypt. A passionate entrepreneur with several international startup competitions under her belt, El-Mehairy turned an idea –providing reliable Arabic-language content for mothers and women across the Middle East— into a business valued US 3.5 million. Today, her portal is followed by 2.2 million women across the Arab world, has its own YouTube channel, and is planning to launch its own app in the near future. “There were days where we just wanted to hide into a corner and cry, but we never gave up. It was working until we made something great or died trying,” she said last week in an interview with CairoScene.

Launching with initial boost by Egyptian accelerator Flat6Labs, Riad and her partner Mariam Hazem turned a university project into a profitable business that not only pushes the boundaries of statement furniture, but also offers a sustainable solution to the problem of plastic waste in Cairo. What started out as a simple university initiative expanded into a design studio, which was awarded in 2013 in Milan. The entrepreneurs have also opened their own workshop, where they work in partnership with NGOs to collect plastic bags for re-use. "Plastic bags are the second most wasted material in Egypt and it takes a thousand years for a plastic bag to degrade," they said in an interview with CairoScene. The winner of international awards, their designs are responsible products that benefit the environment, have a positive impact on the society, and satisfy a user need.

8. Rasha Abo Elsoud, founder of The Workshops and the Women Entrepreneurs of Egypt network

A serial social entrepreneur pursuing her passion by helping other women become entrepreneurs, Abo Elsoud abandoned the corporate world to juggle multiple identities as a writer, an entrepreneur and a mother of two. The founder of The Workshops and MAKTABY, the businesswoman stretched the limits in the female startup world when she created the Women Entrepreneurs of Egypt network, working as a coach to provide one-to-one business and soft skills to professionals in and out of Egypt. A published author of five Arabic-language books and a motivational public speaker, Rasha Abo Elsoud is known as a multi-tasking woman with passion in social development, skill development, and culture.

Having created on of the leading fashion and lifestyle portals for Arab women, Azzouz launched her business in 2009, as she was attending her year in college as a Telecommunication Engineering student. With a solid presence across the Arab world and 1.5 million monthly visitors, Azzouz constantly works with worldwide leading brands in providing content for a rapidly changing female online market.

Selected as Arabian Business’ 30th most powerful Arab under 40, Radwa Rostom is a civil engineer with a passion for community development who decided to put her skills to action and create prototypes for housing units made solely of earth materials. A training and CSR specialist at the Solar Energy Co. and a member of UNIDO (United Nations Industrial Development Organisation), Rostom created her project after receiving a fellowship from the DO School in Hamburg, Germany. This year, she successfully raised $5,5000 in a crowdfunding project, aiming not only to provide a more humane shelter for slum dwellers in Egypt, but also empower architecture and civil engineering students to design and implement sustainable shelters using the rammed earth technique.

The only woman in the media empire she built with her three brothers, and the oldest of the four, MO4’s own Amy Mowafi knows no moulds. In 2007, she wrote Fe-mail, an outspoken account of her trials as an Egyptian girl looking for love, commitment, and marriage in Egyptian society, followed by a second part where she sarcastically tells her challenges as a married woman. After spending 10 years as the Managing Editor at Enigma, she joined her brothers in 2011 to launch the MO4Network. In just four years, MO4 has become one of the region's leading creative digital agencies boasting a team of over 100 people and more than 140 clients across offices in Cairo and Dubai. MO4 is also the company behind leading regional media platforms, CairoZoom.com and yours truly CairoScene.com. 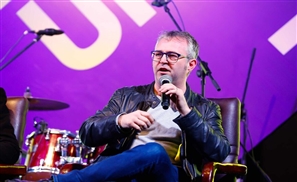