The court case lasted over 8 months. 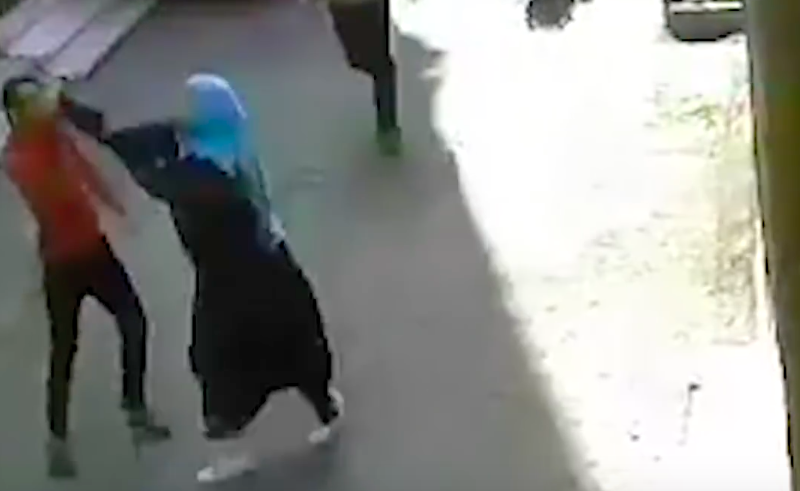 In August 2017, in Qena, 20-year-old Egyptian woman, Rania, undeterred by the danger that might come to her, repeatedly fought back her sexual harasser and refused to let him get away.

Rania, who was making her way to the local market, was caught off guard by 25-year-old Islam, who walked stealthily by her and abruptly grabbed her from behind. In sprint mode and thinking he made a clean break, Islam is surprised to find Rania chasing after him while she repeatedly beats him over the head with her handbag. They continue in the cat and mouse manner until a passerby intervenes, stopping the perpetrator from making a run for it.

Refusing to relinquish her rights, Rania then turned him in to the police, in a stark contradiction to the habitual stance of silence that is common with sexual harassment scenarios in Egypt.

The whole debacle was captured by a nearby CCTV, and the video then went viral on social media channels and was used as evidence in the case against the sexual harasser.

A few days ago, Islam was sentenced to three years in jail, according to Egypt Independent. He will also be facing a doubling of his penalties if the action is repeated.

This is a first in Egypt and a cause for celebration, as local Oena office of Egypt’s National council for women put it. With an increase in sexual harassement fines from to range between EGP 5000 to EGP 10,000, lawmakers are fast moving to combat the phenomena. In Egypt, clear cut laws criminalizing sexual harassment were non-existent up until 2014. Fines of EGP 3000 to EGP 5000 and jail sentences imposed on sexual harassers were only put into place in Egypt in recent years.

Sexual harassment is a rampant issue in Egypt, with victims refusing to speak out, due to societal pressure and taboos. And a lot of the times, even when reported, no firm legal action is taken, up until recently that is. According to a study released by UN women in 2013, it was found that 93% of women have suffered sexual harassment in Egypt. Having been recognized as a serious social and legal problem in Egypt, the recent events are a step in the right direction.