Previous Post
UN's Violence Against Women Billboard Sparks Talk
Next Post
Cairo’s Fashion Nights Out 5: Because You Can Afford It!

Six countries have just announced the withdrawal of their teams from the World Squash Championship to be held in Cairo due to "security fears." 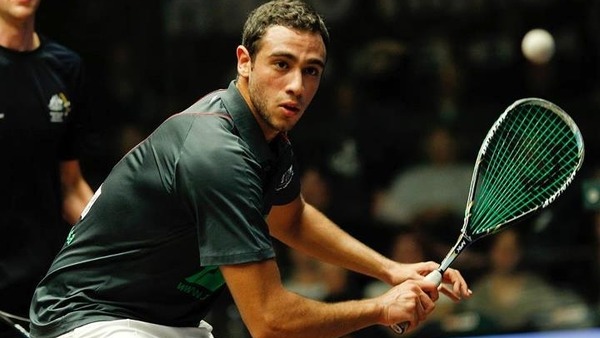 Just hours after being listed in Forbes as one of the top 10 cities to launch a startup, Cairo gets a slap in the face as six countries announce their withdrawal from the World Squash Championship that is scheduled to take place in Cairo on the 12th of December. England, France, Germany, Finland, Canada, and the US are the six countries to withdraw, with the anticipation that Australia will follow.

While some countries have been silent about their decision, stating only that it s due to “security fears,” other countries - like Canada and England - have been outspoken about the situation. According to Times Colonist, Dan Wolfenden, the Executive Director of Squash Canada said, "A core raison d'être for our organisation is to provide opportunities and the stage for our athletes to excel at the international level, that's what we do, so we did not take that lightly and our interests in our athletes are foremost. In this case it needed to be balanced with a responsibility we have for the safety and welfare of our athletes to take a responsible decision whether or not they ought to be sent into that environment." Wolfenden then added, “Several national associations were troubled by the decision to move the tournament to Cairo.” This comes after the tournament was moved from Kuwait to Cairo in October. The Foreign Affairs, Trade, and Development Ministry in Canada had also spoken and suggested avoiding non-essential travel to Egypt due to the unpredictable security situation in the country.

According UK Reuters, Keir Worth, Chief Executive of the English team, said, “We have been through a significant consultation with the players and support staff over recent weeks and we are extremely disappointed to be withdrawing, but the safety of our players and support staff remains our only priority and at this time we have real concerns." He further added, “We were very much looking forward to defending our title in Cairo, a city we have all enjoyed visiting in the past. However, having been consulted throughout the process by England Squash, the whole team fully support the decision to withdraw on the basis of the advice from the independent security report.” England’s players were not that disappointed, though, as Chris Simpson, a player said, "Overall the general feeling from the players was that whilst we were desperate to play for England and win the title, we weren't massively happy going there. The decision that was made was right this however will not be a true event. No one wants to play in an event when it's not as strong as it should be. I don't think the winning team would get the same satisfaction." The U.K. Foreign Office was the next to speak as it also has been warning that there is a high threat of terrorism in Egypt.

However, Chief Executive of the Squash Federation, Andrew Shelley, has expressed extreme disappointment in a released statement on World Squash regarding the six countries' decision, saying: ”This is both disappointing and a little difficult to understand as there has been no security threat there, unlike for the people of other nations tragically targeted by extremists. Cairo is a city where it is business as usual, though to add reassurance for nations, a full range of protection measures are in place managed by the Egyptian government as reported to participating nations.” He then added that the championship in Egypt is still planned to carry on despite the withdrawal of the six countries. “The Championship is proceeding and the Egyptian Squash Federation have a great welcome in place for participating teams and look forward to seeing you there next week," he said.

An updated draw and handbook are to be provided soon.