There's nothing more we love than a public holiday that falls on a Sunday. We've compiled all the best events, parties and hotel offers across Egypt for the long weekend. 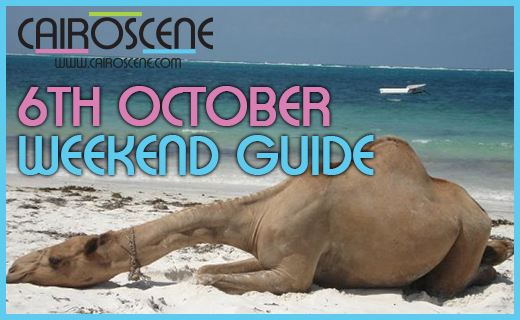 Ah, the 6th of October weekend! Another Egyptian holiday invented out of egotism so that, 40 years later, people can spend three days off work. And there’s nothing wrong with that! With summer just behind us, and Eid a few weeks away, we totally needed another break. We’ve compiled a comprehensive guide of where to go, what to do and exactly how much fun you’ll be having this long weekend...

The early curfew on Fridays means there’s little in way of partying and going out on 4th October, but some of Cairo’s best hotels have some brilliant offers on so you can throw your own little party in the comfort of a five-star room:

The iconic downtown hotel is offering a double room for just 455 LE per night throughout the long weekend, inclusive of all taxes and service charges. In addition, the package includes a buffet breakfast, free parking, early check in and late check out.

Enjoy a refreshing breeze and views of the Nile, Tahrir and beyond at the historic Semiramis hotels for just 789 LE per room, per night. This offer includes a breakfast buffet and a lavish three-course dinner at their Italian restaurant, Pane Vino.

Book one room at the stunning Sofitel El Gezirah this weekend and you can bring the whole clan along as they’re offering up a free second room for family members over the long weekend.

Get started early on Saturday 5th October as Nun Centre bring back their renowned Farmers’ Market, offering up organic goods, health foods and everything else you’ll need to prepare your body with before a night of partying.

Meanwhile, Bamboo will be throwing another of their lavish Lebanese Love nights, where fist pumping is replaced with hip shaking, and your favourite Arabic tunes are blasted long into the wee hours. This is a lock-in, post-curfew party, so get there before 11pm and leave at five in the morning.

After watching the 6th October festivities on TV, why not head for lunch at Fairmont Heliopolis & Towers’ Saki Sushi Lounge? Every Sunday this month, they’re offering up a traditional Bento Box meal – kind of like a packed lunch for grown-ups – where you can get a taste of a variety of Japanese delicacies all in one sitting.

Come evening, CJC will be holding a sophisticated night of actual Jazz, Blues and Be-Bop, courtesy of Pacific Islander Michelle Rounds who will be back once more to serenade you through the festive Sunday.

If Indie Rock is more your thing, catch Shady Ahmed live at Rocks in Maadi, where he’ll be playing his unique originals and a few covers too, so don’t worry if you plan to sing along – there’ll definitely be something you know crooned out by the big-haired music maestro.

The party doesn’t stop at Bamboo who will be holding yet another lock-in party, from 10pm to 5am the next day. Made in Bamboo is a night for House heads, so get ready to rave with DJ Zizo.

Sheltered from our curfew-stricken city lives, things are alive and happening all day and all night in Gouna. First off, book your room at the Captain’s Inn for just 400 LE per night, and stay right in the centre of the bustling Abu Tig Marina.

For fitness buffs, or those who want to pre-emptively counteract the effects of drinking, Stallions Gouna Camp - a three-day bootcamp style fitness course starts on the 3rd October and runs until the 6th.

If you’re more like us, though, you’ll be at Club 88 on Friday 4th October, where legendary British DJ Seb Fontaine will be make his Egypt debut, after years of wowing crowds across the globe, from underground London clubs to the world’s biggest festival. He’ll be joined by local favourites minus T and Misty & Hafez.

On Saturday 5th October, head back to Club 88 for a taste of Italian beat-maker DJ Catrina Davies’ musical mixes, as the lovely lass spins out the latest in House and Electro at the naughtily named Taste Me party.

On Sunday, you can rest.

With its sprawling, untouched beaches, Sahl Hasheesh seems like the resort to be at these days. A short drive from Hurghada airport, it’s a convenient commute from Cairo, as well as to Gouna, if you want the best of both worlds. Now, where to stay?

La Reve Hotel: Offering discounted rates for the festivities, you can get a single room for just 550 LE per night, while a double will cost you 900 LE and a triple is just 1,100 LE.

Azzurra Resort: The serviced apartments at Azzurra Resort combine the best of hotel convenience and residence privacy. A one bedroom apartment will set you back just $90 per night, while two bedrooms will be $100, and three bedrooms just $170.

Old Palace Hotel: The luxurious Old Palace, with its gorgeous architecture and deluxe rooms is offering up a double room for just 800LE per night.

Now on to what to do. The resort will be hosting Capoeira courses on the beach every day from the 3rd October until the 6th. A Brazilian tradition that combines martial arts with dance and movement, Capoeira is the trendiest sport these days and doing it on the beach makes it that much cooler. We can already hear 80s Synth ballads playing at sunset, while you kick some imaginary ass.

Friday 4th October sees the party we’ve all been waiting for. The one and only byGanz will be throwing a massive beach-front bash from 2pm until 10pm (we’ll leave it to you to find the after party!). Featuring DJs Jixo and Danz – residents of the notorious Blue Marlin Ibiza in the UAE – as well as Cairo’s very own Hisham Zahran, this party’s all about the beats and the beach bods. This is an invite-only event, so if you’re not on the list, you’re not getting in. If you ARE on the list but aren’t staying in Sahl Hasheesh, there’ll be party buses collecting invitees from Gouna and Soma Bay.

Finally, for those who want a beach party but would prefer to stay closer to Cairo, Tamarai Sokhna will be opening its gates on Friday 4th October to kick start the weekend with a Starlight Soiree. With resident DJ Lyon on the decks, expect all the fun of regular Tamarai with an added sea breeze!

On Saturday 5th October – if you manage to make it out of bed on the morning after the night before – they’ll be throwing a day time party, Sous Le Soleil with Heineken, for a beer-fuelled beach banger, marking the return of vivacious vocalist Lauren Rose to Egypt. She’ll be joined by DJs Lady Bex and Richard R on decks for an afternoon of dancing, drinking and tanning all at once.

So there you have it! Don't forget to check out our calendar every day to find out what's happening where you are. 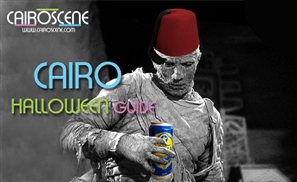 From sexy to spooky, fabulous to frightening, we've rounded up all the hot and [...] 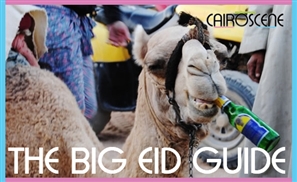 We know you've been waiting for it and here it is: CairoScene's annual guide to [...] 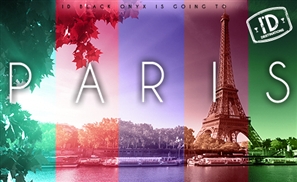 ID's Black Onyx bottle is travelling the globe again, this time to the city of [...] 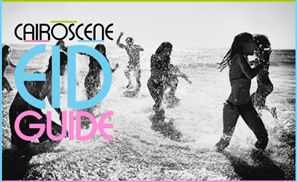 Get all the latest info on what's happening during Eid around Cairo, Sahel, Gouna [...]
Week Month Year