Previous Post
10 Days of Celebrations and Shenanigans Before Ramadan
Next Post
The Tale of The Clouds and The Nile: The Nile Choir's First Musical Operetta

7 Pivotal Moments in the Life of Sheikh Imam

Ahead of celebrating the 21st anniversary of his death at Cairo Jazz Club with Bahiyya band, we remember the legendary Sheikh Imam whose bravura works continue to inspire and fuel revolt. 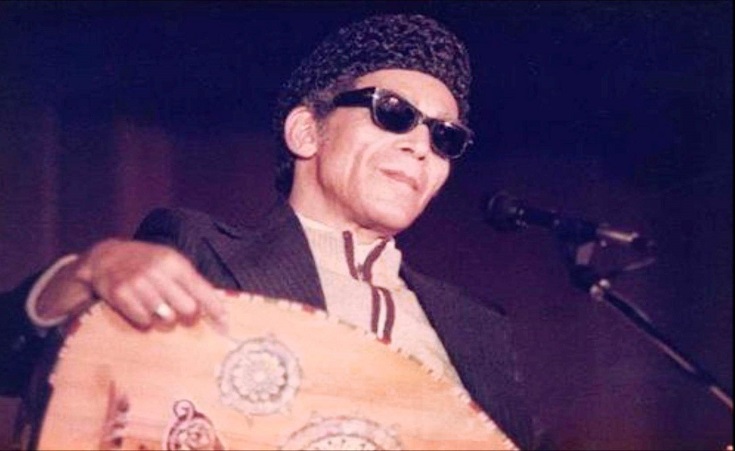 Egypt’s history is marked by turmoil – we have undergone more social and political shifts than any other nation in the world. Beneath the surface, we are quite the whimsical bunch, driven by a collective awareness – a shared state of mind often expressed through art, which probably explains why Egyptian artists usually get the brunt of political oppression.

One of the figures that had long stood at the intersection of art and politics is Sheikh Imam, who lent his voice and musical talent to Egypt’s downtrodden working class. Blind since childhood, Imam exhibited extraordinary talents and excelled at music from an early age in spite of his disability. Characterised by authenticity and heartfelt genuineness, Imam’s iconic songs came to define Egypt’s defiant masses. With over 350 songs, Sheikh Imam relayed this nation's grievances, its incomparable sense of humour in times of adversity, and, most of all, its bubbling passion for love, life, and freedom.

Ahead of his 21st death anniversary, Cairo Jazz Club and revolutionary local band Bahiyya will be paying homage to this legendary artist with tribute performances of his most iconic works on Saturday, May 28th. Doing our part, here are seven things you need to know before you can start to wrap your head around what an influential figure Sheikh Imam is in Egyptian history.

How He Lost His Sight

Born Mohamed Ahmed Issa in the village of Abu El Nomros in Giza on July 2nd, 1918, Imam was raised in a poor family. When he was just one year old, Imam was afflicted with conjunctivitis and lost his sight due to medical negligence and widespread ignorance about the disease at the time.

His Introduction to Music

Imam attended recitation classes where he learned the Qur’an by heart. His father had originally intended for him to be an Islamic cleric, but young Imam would sneak into women’s compartments at weddings and celebrations to listen to their singing, where he was first introduced to and fell madly in love with music.

In the 1930s, he studied music under Sheikh Darwish El Hariry, who introduced him to the biggest names in the music industry at the time, like legendary composer Zakaria Ahmed – the man who discovered Umm Kulthum.

After a short stint as a professional radio singer in 1945, he started addressing political corruption under the monarchy and voicing his staunch opposition to British occupation in his songs.

In 1962, Sheikh Imam was introduced to legendary vernacular poet Ahmed Fouad Negm, and the two have been inseparable ever since. Together, they released a number of politically charged songs criticising the Nasser regime. Following Egypt’s defeat in the six day war in 1967, they collaborated on a song decrying the acquittal of government officials responsible for the catastrophe. The move resulted in politically-motivated detention from then until the assassination of Anwar Al Sadat.

Both Negm and Imam were banned from leaving the country until 1984, after which they were invited to give a number of concerts in France by the French government. They went on to perform across Southwest Asia, North Africa, and Europe.

The duo broke off their long association after several disagreements shortly before Imam’s death, who spent his last days in complete isolation in his Ghouriyya apartment until his peaceful death on June 7th, 1995, leaving behind a legacy of outstanding music. 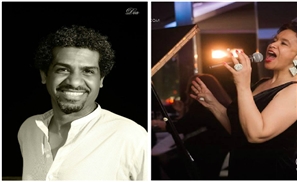 Not going anywhere for Eid? Not only is that not a problem, but you will be one of [...] 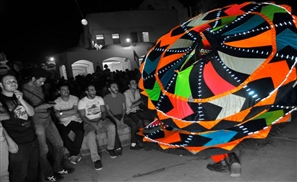 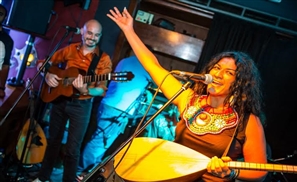 Cairo Jazz Club are bringing back the unmistakable Tarabband playing the kind of [...] 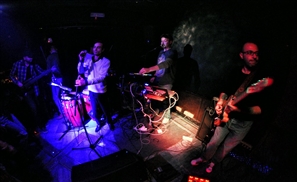