The prosecutor-general ordered for Ahmed Bassem Zaki - arrested in July 2020 - to be referred to criminal court on charges of sexual assault of minors, sexual harassment and blackmail. 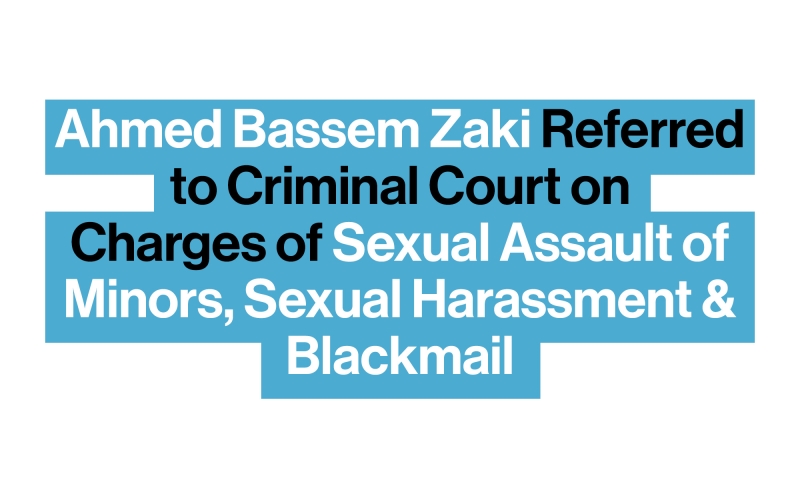 The prosecutor-general ordered for Ahmed Bassem Zaki - arrested in July 2020 after the prosecution received an official complaint accusing him of blackmail in November 2016 - to be referred to criminal court on charges of sexual assault of minors, sexual harassment and blackmail. The prosecution's statement shows that Zaki was accused of the sexual assault of three minors and threatening them with blackmail in order to continue having sex with them. Additionally, two of the girls were sexually harassed, and he had taken pictures of himself kissing one of them without consent.

The prosecution said that the case was based on the victims' testimonies, alongside witness testimonies and evidence that had been uncovered through police investigations, which include SMS messages and screenshots of conversations. These investigations also found evidence that Zaki possessed cannabis, with forensic reports determining that he had tested positive for cannabis consumption.