A team from the Ministry of Tourism and Antiquities and Germany's University of Tubingen found over 18,000 ostraca from around 2,000 years ago, giving us insight on regular people's everyday lives.

Remember back in December 2021, when an Egyptian-German archaeological mission uncovered a massive collection of ostraca - or fragments of ancient clay texts - in Sohag's Tel Atribis, also known as the ancient city of Athribis? A team from the Ministry of Tourism and Antiquities and Germany's University of Tubingen found over 18,000 ostraca from around 2,000 years ago, an extremely rare discovery that gives us a unique insight on regular people's everyday lives in the age of antiquity.

Nearly 200 kilometres north of Luxor, Athribis is the site of an ancient temple built for the lion goddess Repit by Ptolemy XC Caesarion. About 80% of the ostraca found are inscribed in Demotic, an ancient Egyptian script that came between Late Egyptian and Coptic writing.

The second most common text is in Greek. The team also found some in Hieratic and hieroglyphic, as well as Coptic and Arabic, although these last two were the rarest.

While they were initially uncovered months ago, you could imagine how long it'd take to dig through them and piece together life in Athribis. And what they found was surprisingly familiar. Receipts for bread, distributed in multiples of five. A Coptic receipt, issued by a man named Tiberius. An account for offerings to the Repit temple, giving us insight to the administrative workings behind ancient religion.

The most relatable finds however have got to be the ones made by the city's schools, with maths and grammar problems and everything. One ostraca shows school text with 'bird alphabet', where each letter was assigned to a bird whose name starts with that letter. Another shows a punishment, where children had to copy a line all down the page Bart Simpson-style. Yet another shows a bunch of (frankly adorable) doodles, showing that no matter what millenium you're in, you're still going to get bored in class. 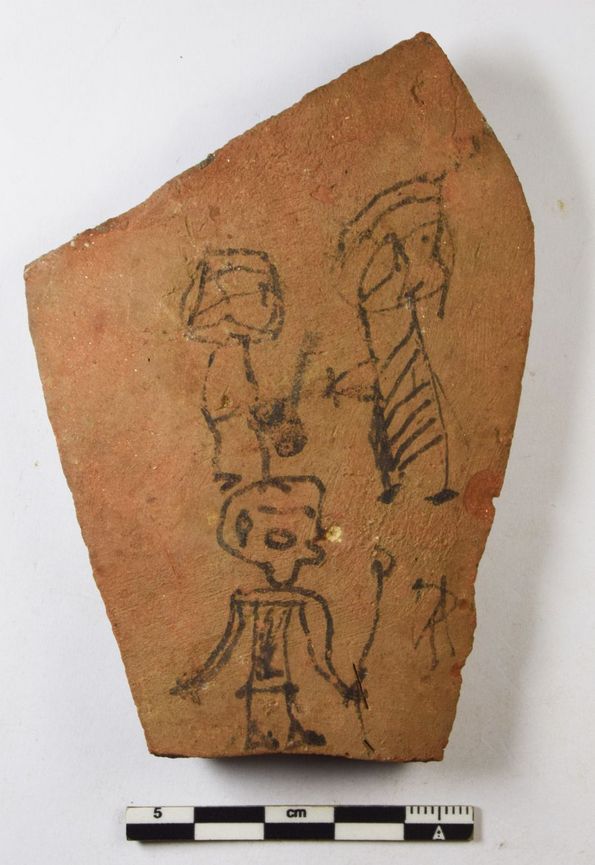 The joint Egyptian-German mission in Athribis began in 2005, and has since discovered and restored important sections of the city, including the unique limestone structures of the temple of Rebit.

A new beach restaurant and bar at Telal Al Alamein, Baia Beach Club, is about to [...]
RELATED ARTICLES

From ancient necropolises to medieval mosques, Sohag is a unique cultural and [...]

Although the amount paid has not been disclosed, it is reportedly one of the larger [...]

The revolution was never meant to be televised, but streamed. We speak with Egyptian industry pros about how these new opportunities helped [...]

Located in Marassi’s Marina on Egypt’s North Coast, Dara’s Ice Cream’s Museum of Wonders launches you - lipgloss first - into the most [...]

The new funds will help OneOrder address supply chain inefficiencies facing Egyptian restaurants by allowing them to buy all of their food [...]