Outliving many a party brand, Back2Basics turns two this month and they're celebrating their birthday with a classic B2B shebang at the Fairmont Nile City... 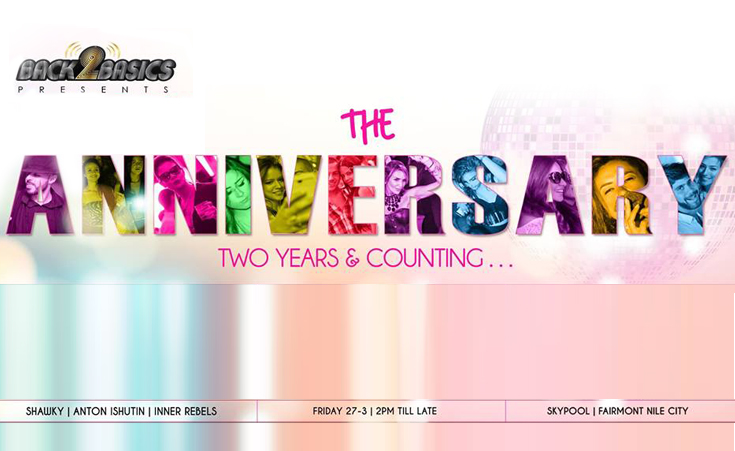 In breaking news, a new Cairo party series has actually managed to survive more than two years. Our flippant scene of nightlife marauders know what they like and they like what they know and Back 2 Basics has been hitting all the right spots, literally, with their popular location choices as well as their this-is-a-dance-party-not-a-stand-and-look-party vibes. This unprecedented sequence of events will culminate in a massive blow out on Friday 27th this month to celebrate entering their terrible twos.

The shindig will take place at Fairmont Nile City with a kick-ass line-up of people who know just how to push their buttons and yours. Warming up will be Cairo favourite, impossibly handsome, nimble fingered Shawky. He's going to do some music for you what sounds like this...

Next up is Russian Deep House spinner Anton Ishutin, whose name by the way is an anagram of The Unionist, and he will be unifying us all in a great mass of arms raised wiggling with his dark vocal-peppered, hopping bass-line inclined mixes.

Finally, following the recent release of their EP, 'Struggle Swing' Franco-Greek Tech-House duo Inner Rebels will be bringing out your inner rebel. Taking Europe by storm, and now at Back 2 Basics, they're going to do you some music what sounds like this:

There will also be some fantastic rates at Fairmont Nile City for the night. To reserve for Back2Basic's two year anniversary call 01009703970 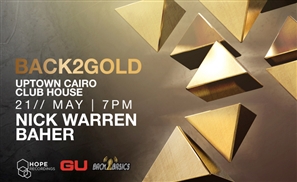 Nick Warren in Cairo For Back2Gold!

The legendary DJ will be taking the helm at Back 2 Basic's next big event, [...] 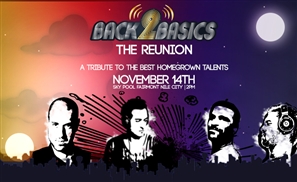 Back 2 Basics: The Reunion

Before the chilly Cairo weather sets in, Back 2 Basics are heading to Fairmont Nile [...] 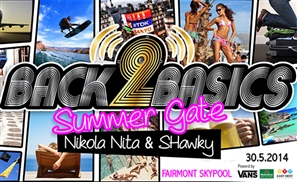 Back2Basics are throwing the first big bash of the summer - your chance to say [...] 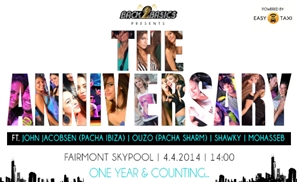 Back 2 The Future Basics

In a sea of complications, Back2Basics made partying simple again. This April 4th, [...]
Week Month Year