CSqaure Media Production are starting their very own webseries, Al Mafrood, in a bid to tackle Egyptian dilemmas and still remain entertaining. Their pilot, Happiness, is already giving us a snippet of what's to come. 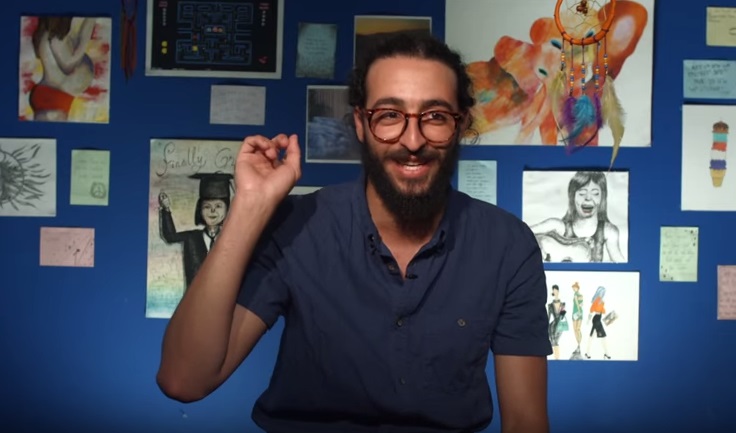 When you gather random people for experimental quests to find a gradient of thought on a specific topic, you are bound to spark up some question marks. Our own question marks were filled with chuckles and muffled giggles as we embarked upon the first webisode of Al Mafrood's long anticipated journey. CSquare Media Production, who have previously won Injaz Egypt's startup competition in 2015 and got a hefty seed-fund from MBC group, are hoping to tackle social norms and issues by starting their very own webseries, Al Mafrood. Making fun of our problems is an Egyptian trait learned by nature, and Al Mafrood is addressing it headfirst. They'll be talking to figures related to the topics discussed, or just randomly picking up people from the streets, while simultaneously entertaining our dark humour ever so deeply.

"We want the chosen people to be related to the topic. For instance, in our pilot, Happiness, we chose influencers who had already made an impact on their fan base in a rather joyful way," Founder Eslam Taha explains about how they selected the interviewees according to the topic handled, happiness. No, seriously, they had the six influencers trapped in a room filled with weird pictures and literally kept asking them what they thought happiness is until they cracked and started describing all of their childhood/adulthood dreams. We sure saw some dots connect when Abdoul managed to get our drinks spat flat on our laptops in his own interpretation of that painting of the laughing lady. Check Al Mafrood's Pilot webisode here if you're getting too impatient.

The webisode series title was inspired by how we grow friends with our issues to the point that we believe it's "mafrooda 3aleena". In other words, these social problems become imposed on our daily acceptance of what's going on in our lives to the point that we almost don't notice their existence anymore. In the likes of Dot Masr and Abla Fahita, they are using this random selection mode on a quest to seriously - humorously - poke fun at such concerns. However, they still remain different than all other media platforms that pretty much aim at the same direction. They managed to defy some stereotypical demons that possess our childhood ideals of what 'happiness' really is. Is it money? We're pretty sure it involves a yacht, dozens of sushi rolls, and a touch (or a splurge) of alcohol. Yet, stripped of all social norms and stigmas, would we still have the same mentalities regarding how happiness is truly viewed? But what about our sushi rolls?

We've already covered you on their collaboration with Tennra.com, but we need updates. Now. We asked Taha about how far they are with their their crowd-funding campaign, to which he replied that it continued with somewhat of a twist. "We're partnering up with two different places in aims of raising our $5,000 goal," he said. "The first one offers training in cinematography and scenario writing, while the latter teaches more of a videography angle in terms of lighting and editing." Basically, they're hoping Al Mafrood could feed on the campaign's exposure so that more people could join in the funny enlightenment.

Up next: they're introducing the random vibe to their series, along with English subtitles for our beloved English speakers - and for people who have forgotten how Arabic sounds due to hours and hours of working at an online English magazine. They still haven't fully painted the picture of how their ideas will proceed, yet Taha hinted that it should entail stereotypical thinking. We tried to dig deeper, but it seems they're keeping it undercover - or, maybe they don't know yet. All judgment aside, they'll be asking people randomly from the streets of Egypt to come in for a little Q&A, and shooting will definitely remain indoors for the sake of the naggy and the curious passers-by. Better stalk CSquare if you want to be featured on their next webisode. That, or just be everywhere all the time. 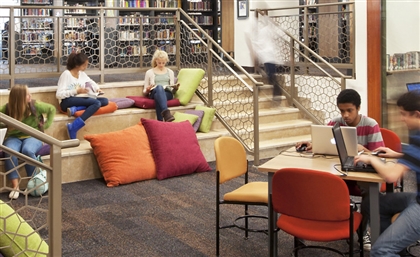 You wish you zipped and flipped it first, right? [...] 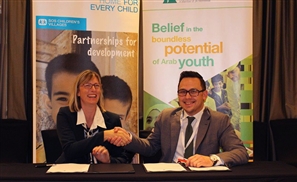 Entrepreneurship For the Poor: Injaz Begins to Work With Orphans in SOS Children’s Villages 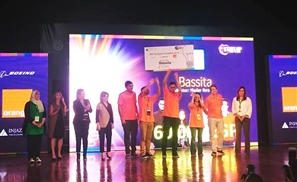 The clickfunding machine that is Bassita, a startup to trigger social change [...] 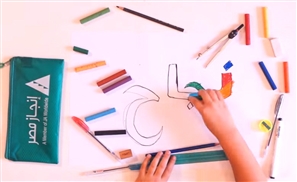