President of the Egyptian Opera House and Egypt’s representative at the academy Inas Abdel Dayem is the second Egyptian to take on the prestigious mantle. 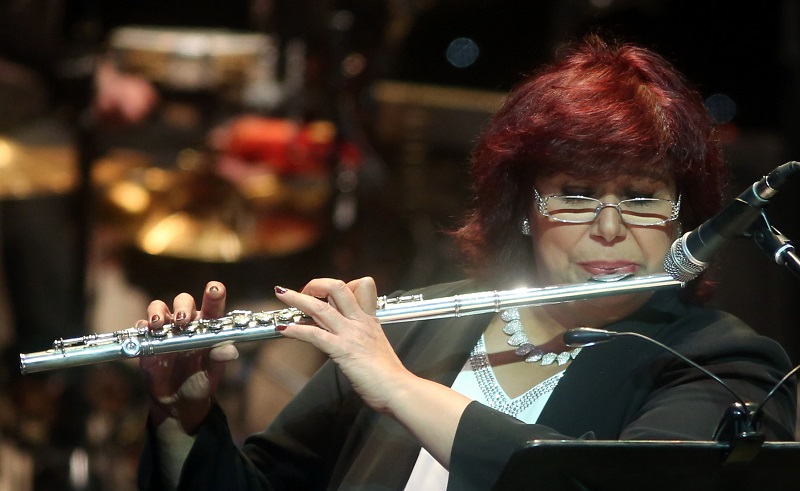 Abdel-Dayem, Egypt’s representative at the prestigious establishment, is the sixth Academy president since its founding in 1971, and the second Egyptian to garner the position after Ratiba Al-Hefni. The elections for the spot took place during the Academy’s 24th official conference, spanning two days in the academy’s research center in Amman, Jordan. During the elections, members of the academy took interest in a new board of directors. Morocco’s Abdel Aziz Bin Abdel Gilil won the post of first vice president, Saleh Hamdan Al-Harbi of Kuwait won the second vice president post, while the Academy kept Kifah Fakhoury as treasurer.

The Arab Academy of Music is part of the League of Arab States, pertaining solely to the musical affairs and happenings of the Arab world, focusing its efforts on preserving, developing and enhancing the musical education of the entire Arab World all the while spreading musical heritage and culture. It also functions as a nurturing and regulatory body for the standards of Arab music production, be it instrumental or vocal.

Abdel-Dayem, a graduate of the flute department of the Cairo Conservatory and holder of a PhD from the Ecole  Normale de Musique in Paris, is well deserving of her new post; having won numerous first prizes for her flute performances and chamber music performances and touring several countries the likes of the US, Italy, Spain, Germany, Morocco, Japan and the UAE. Among her achievements are Egypt’s State Prize in Arts in 2001 and her eventual positions as director of the Cairo Symphony Orchestra in 2003, dean of the Cairo Conservatoire in 2005, vice-president of the Academy of Arts and even Egypt’s Minister of Culture in 2013.

We here at Cairoscene are proud of this turn of events, to say the least.