Previous Post
14 Reenacted Photos of Egypt in the 70s That Will Make You Reach for Your Bell Bottoms
Next Post
Video: This Woman Is Changing Public Perception of What It Means to Be a Little Person in Egypt

Egyptian-Belgian outfit Binti will be putting on a back-to-basics guitar performance at Cairo Jazz Club this coming Tuesday along with indie rockers Living Too Late. 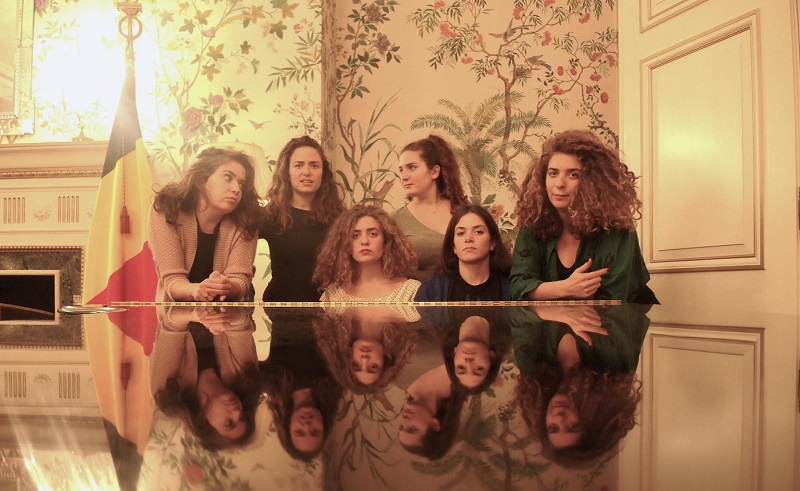 Egyptian-Belgian band Binti are going to be rocking us next week at Cairo Jazz Club with their exceptional blend of guitar-based music. Also making their debut, Living Too Late will be performing some new material in collaboration with journalist Elle Curancid.

Ahead of their gig at the iconic venue, we've come to learn a few things about Binti and their uniquely inspiring story.

Six sisters born to a Belgian mother and Egyptian father, Binti’s members have shared a passion for music and singing since childhood, so they decided to unite their talents and bring something a little different to Cairo’s music scene. Meaning “My Daughter” in Arabic, Binti are highly influenced by their Egyptian roots, interpreting many genres from Blues to Reggae with their own distinctive twist.

Binti burst onto the scene seven years ago, when they released their best-selling demo “Everybody Loves My Baby” in 2010. They then went on to perform in a variety of venues and settings, from the streets of the Belgian city Ghent, to gardens, living rooms, and music festivals.

In 2013, they played their first gig in Egypt at 100copies in Downtown Cairo, coming back a year later to perform at an Italian-Belgian music festival in Hurghada.

Their first EP “Our Light” came out in March 2014, which spawned their debut single “My Sun, My Moon”, perfectly showcasing their raw no-nonsense signature sound. Nothing but the strumming of an electric guitar to eerie harmonised vocals, it was a statement of intent for the band.

They are currently working on a new album, which they promise will continue to be on the rougher side of traditional guitar music.