Imagine a taxi but with half the time and double the fun. We speak to the founders of El Makana to find out more... 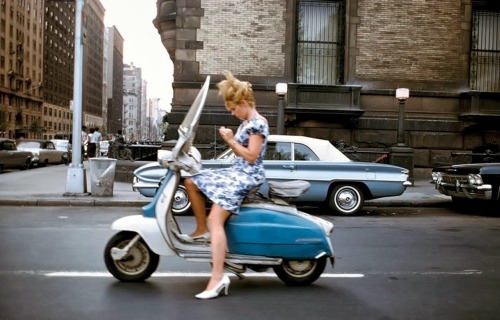 If there’s anything that is the unequivocally, mutually shared bane of everyone’s existence in Cairo, it’s traffic. A simple errand turns into a suicide-inducing task. All you wanted to do was go for a quick cup of coffee with a friend. Now you’ve been stuck in the exact same spot for 37 minutes alternating between trying to avoid the creepy looks of the man in the car on your right who might as well jump through both your windows and invite himself INTO your car, and wondering if you still have enough time to paint all of your nails and have them dry before your car gets the chance to move again. And you stare with hateful envy at the motorcycle drivers who weave in and out of traffic with ease and will clearly make it to their destination while you’re still twiddling your thumbs in your car. You kind of wish you could hop on behind them, shut your eyes tight (that shit looks scary) and just get wherever you’re going faster. But no, you’re stuck in your damn car or worse...a taxi. Not anymore! A revolutionary new service is about to hit the streets of Cairo; that of the scooter taxi!

Essentially, the company, humorously called El Makana, is offering the same services as those cab companies that you call up for a safer ride through Cairo because you don’t particularly want to get into a dodgy, dirty cab off the street that might fail halfway through the ride, but with some very important differences. First off, the scooter taxi won’t be like, giving you a ride to the airport; it’s designed to ease manoeuvring through Cairo’s ridiculous traffic, safely. “What we’re offering as a service is essentially the first of its kind in Egypt,” its CEO and founder Mina Shenoda tells us, “We all know how crowded Cairo is. When it’s jammed, a simple errand can take like two hours, so we thought scooter taxis would just be so much more efficient.” The tiny vehicles are perfectly designed to weave their way between cars, and also happen to be both more cost efficient than a car, requiring a fraction of the gas, and environmentally friendly to boot!

Ermmm, but what about safety issues? “There’s a huge misconception that a scooter is a motorcycle – it’s not,” Shenoda explains. “Accidents happen on motorcycles but a scooter’s top speed, which we will also regulate, is 70 kilometres per hour. Plus, accidents happen mainly on highways, and we’re not going anywhere near those; the point is to ease your way through traffic jams.” Also, helmets are mandatory.

One might wonder how many girls of the city are willing to hop behind a strange Egyptian man on a scooter, though. Isn’t this just asking to be kidnapped and chopped up into little pieces and fed to the strange things lurking beneath the Nile’s surface? Are you supposed to wrap your arms around the guy like it’s normal? Are you supposed to hug this strange man? No. Shenoda explains, the right way to ride a scooter is to hold on to the metal bar behind your seat so there’s no need for some driver-passenger cuddle time. “Our drivers are also very carefully selected, have good driving records, and we train them further,” he says. Also, the scooters are licensed so you can always hold the driver accountable, and going a step further, El Makana even plans to have profiles of their drivers up on their social media, so that people can get acquainted with who they’re sitting behind. Awww.

Essentially, the trio behind El Makana, Shenoda, Hussein El Mennawy and Reham El Sawy, are taking every precaution to ensure it’s a safe and efficient way of getting around the city. And unlike certain taxi services across the city which shall remain nameless, you don’t need to book it six hours in advance (that kind of defeats the purpose of a cab, guys). The ideal time is to call about 30 minutes ahead of when you want your scooter to show up. Eventually they’ll also be creating an app to ease your ride even more. The service is set to launch at the start of December but we’ll be getting our own test ride very soon and we’ll let you know how it goes… 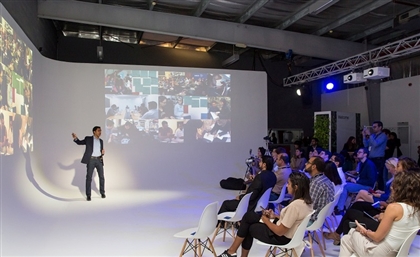 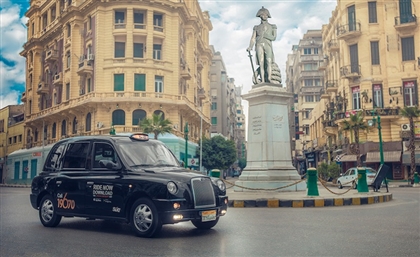 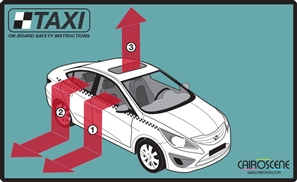 Getting around Egypt is not easy. Luckily, your friends at CairoScene have [...] 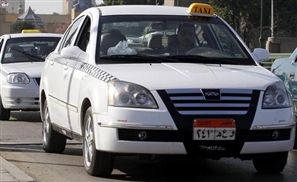 Thoughts Everyone Has In a Taxi