4PR Group is taking players and journalists from Egypt and 11 other African countries to the much-anticipated tournament. 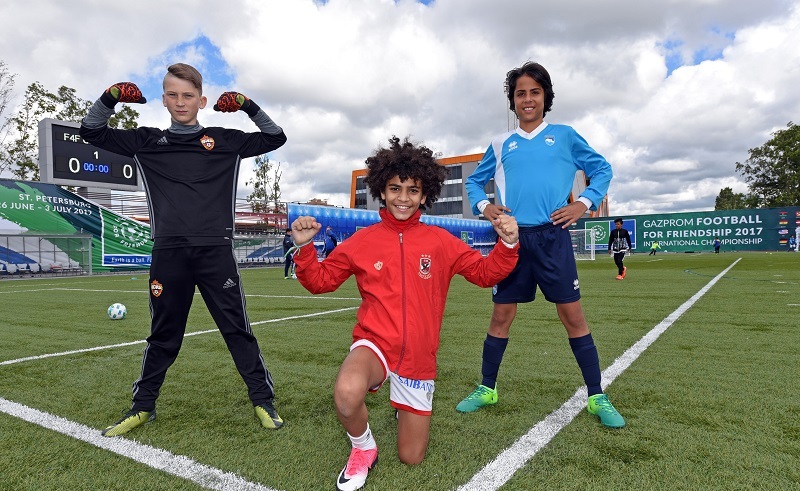 Few are the things that unquestionably unite the world as football does. You don't need prior knowledge, education, nor background to understand the language of the world's most popular sport. All the more reason why when the 1st ever Football For Friendship Forum kicked off back in 2013, it became an instant hit.

The tournament, which is officially sponsored by Gazprom Russia, is a global social initiative for children from different countries all around the world to join together in a number of initiatives that are designed to tighten the gap amongst the world's children and foster their young talents. International Children's Forum, International Street Football Tournament, and Football for Friendship Social Initiative, are all annual initiatives which are held in different cities and countries around the world to that end.

London, Lisbon, Berlin, Milan and St. Petersburg, witnessed the final events of Football For Friendships' last editions, with this year's final set to take place in Moscow this June. One children gets picked from every country to join the tournament as well as a journalist to cover the eventful occasion.

Growing from an initial eight participating countries, the program has now got over 3700 participants joining from 211 countries and regions, with Egypt's reputable agency 4PR Group being the official representative of three countries in 2017, namely Egypt, Libya and Algeria.

This year, 4PR Group is taking over representation for a whooping 12 African countries. With Al Ahly Sporting Club as their official partner,  4PR Group has brought young athletes, coaches, and journalists from across the continent to officially represent their countries in one of the most diverse global football initiatives.

In a world where there's a million and one reason to set us apart, we've always had one thing to blur our differences and make us unite; football.