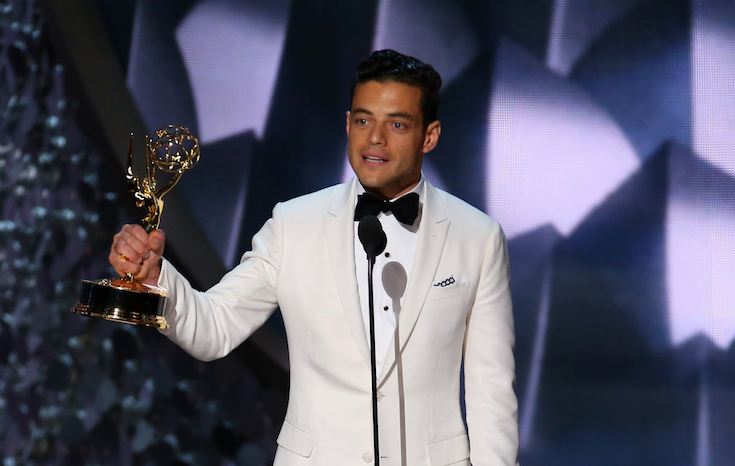 "I am honored to be recognized with such a distinguished and accomplished group of actors," Malek said in his acceptance speech at the 68th Primetime Emmy Awards. "I'm honored to work with a pure visionary in Sam Esmail, I wouldn't be here without you, to go to work with an absurdly gifted cast, and crew, and writers," Malek said, giving credit to the show's creator, and fellow Egyptian-American, Sam Esmail.

As the disturbed young hacker and revolutionary Elliot Anderson, Malek has given fans of the show a character they can empathize with if not outright identify with. "I play a young man who is, I think like so many of us, profoundly alienated. And the unfortunate thing is I'm not sure how many of us would like to hang out with a guy like Elliot. But I want to honor the Elliot's because there's a little bit of Elliot in all of us, isn't there?"

Malek's previous credits include Night at the Museum, 24, and HBO miniseries The Pacific.

The LA born actor's competition for the Emmy included several big names such as, Kyle Chandler from Bloodline, Bob Odenkirk from Better Call Saul, Matthew Rhys of The Americans, and Kevin Spacey in House of Cards.

Netflix is coming to the Middle East sometime this year and the company has [...]