Apparently Maseratis can sing, but only Bowers & Wilkins and producer Howie B can coax that beautiful voice out... 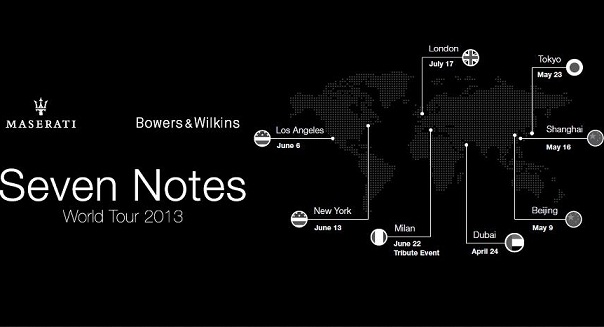 People love driving around in nice cars with the music blasting—this is just a fact of life. There is no point denying or fighting it. People also love singing in their cars because singing in the car is like singing in the rain, just without getting wet. But these days, cars can talk back. They give you directions, suggest dinner options, and remind you of anniversaries. Pretty soon they will start slyly commenting on how rubbish your voice is and patronisingly supplying drivers with the lyrics they completely forgot and tried to cover up by humming along to the melody. Yeah...Your car noticed. It goes without saying that cars are growing up fast, and pretty soon they are going to want to spread their musical wings and fly in a chorus of notes just like their human counterparts have been doing for thousands of years.

Maserati Quattroporte needed new a new project to keep her busy. Sure, she was the most sought after girl in school, but she aspired to something more than popularity, good looks, and being the fastest girl on the track team. She wanted to sing.

Bowers & Wilkins was captain of the football team and also the lead in the school's a cappella group—a rare combination of talents. Bowers & Wilkins, nicknamed Bow, was known for channeling his immense power into a clear musical voice. Bow saw something special in Masterati, and he decided to offer her a spot on his a cappella band. Bow had an athlete's clarity of focus and Maserati demonstrated the drive of a newfound artist, but this duo lacked a musical mentor. Enter Howie B.

Musician and producer Howie B created two original pieces of music after months of working with these two students. He found that Maserati's engine produces seven distinct notes, but these notes could only be isolated and transformed into quality music using Bowers & Wilkins audio systems.

Referring to his work, Howie B says, “with every project, whether it’s with Björk or U2, my role as a producer is to bring out the best of the artists I work with. Although this project is like nothing I’ve done before, the challenge for me is the same: to find the music in this car.” He sure found the music, and the result is a the Seven Notes World Tour that kicks off in Dubai on the 24th of April.

CairoScene will be traveling to Dubai with Archimedia to get the inside scoop on Bowers & Wilkins, Maserati, and Howie B. Follow us and @ArchimediaME to get the full story of this private event as it unfolds. You can also learn more about Seven Notes from their website: http://sevennotes.com. 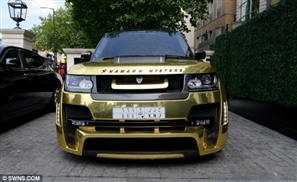 Rich Arabs are not known for their taste or subtlety, and from these pictures, it [...]