Siwa Oasis' Abandoned Shali Village to Be Restored by 2020

After decades of being a ghost town, the Siwa Oasis Village of Shali is in the works for being restored to its former glory. 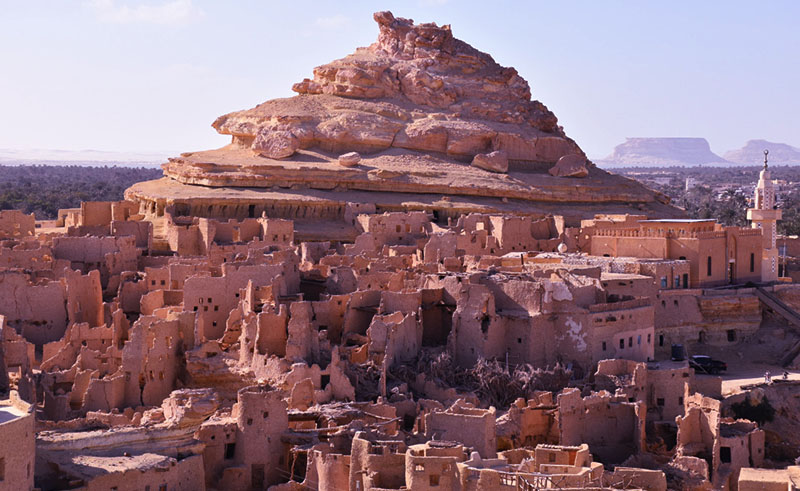 Siwa Oasis' historical Shali Village is to be restored by 2020 in a project launched by the Ministry of Antiquities and Ministry of Tourism, with funds provided by the British Council.

Famed for its ancient and mystical history, “Oasis of Amun Ra”, known as the Siwa Oasis village of Shali, is now basically a ghost town. Since 1926, the once bustling village was left uninhabitable after a heavy rainstorm, for the same reason it holds its fame- the natural makeup of its architecture.

The Siwa oasis is one of the most isolated settlements with its own distinct culture and language of the Berber family, known as Siwi. With their own culture and language, comes their unique architecture, made up of natural materials like kershif (salt mud), palm tree trunks, and natural earth floors.

Shali lies in the center of the oasis, fortified with three gates, securing its inhabitants within. Its buildings once housed hundreds of people towered over 60 meters with its highest reaching heights of five-storeys high.

The Shali village is a museum of architecture. One of its most impressive feats is the Tatnady Mosque. The restoration of the mosque began in 2017 and is to be a way of re-stimulating tourism in the area as it once was the heart of the community with its religious congregation; announcements of local news such like wedding announcements and funerals, etc.

This, combined with its prominent location in the village, makes the mosque an epicenter of historical, social, religious, and architectural marvel.

The mosque is the first step of restoration of the Shali village. According to Emad Farid, a consultant engineer on the conservation project, more ambitious conservation work is to be done and completed by 2020. The project intends to restore the village, but by retaining its original beauty and architecture. 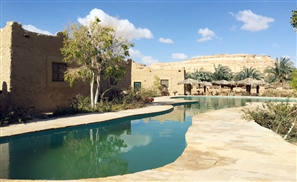 Siwa: Unearthing the Magic of the Isolated Oasis

Hot springs and sand dunes and salt lakes, oh my! Follow Farah Hosny as she heads [...] 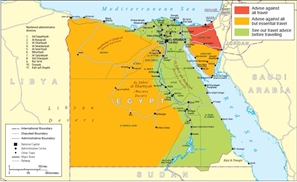 UK Advises Against Travelling to All Areas West Of the Nile

The UK's Foreign and Commonwealth Office has extended its travel warnings to pretty [...]

The completion of a project designed to light up some of Upper Egypt's most iconic [...]