We've created a list of the top ten suicide inducing Internet trends that deserve a massive face-palm from all of mankind. 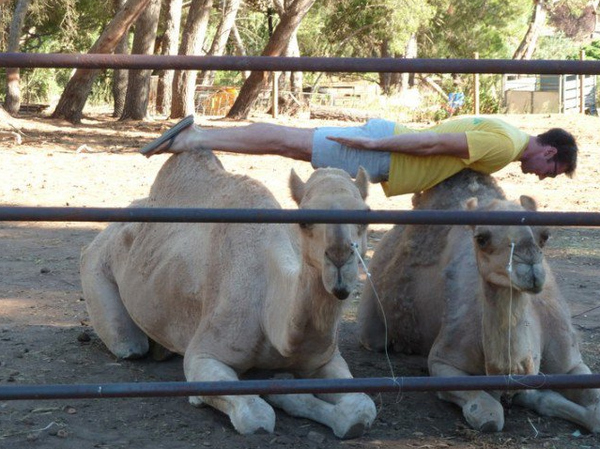 Ever wonder what the result of false praise and prepubescent hormones would look like when placed in a blender and garnished with a dash of crushed baby bones? If so, you clearly were still subscribed to dial-up Internet and unable to witness the eye and brain-sore that was Rebecca Black’s music video to her viral “hit” song, Friday. Let us take a second to consider what transpired in what can only be described as a step-by-step account of a freshman’s Friday adventures. She hops in the back of a car with boys who seem to use Nair on their face, attends school, returns home, indulges in some PG 13 debauchery, all to the musical accompaniment of her nasal tone voice. In case you didn’t clock on, she wants us to know she “gets down” on Friday. In Charlie Sheen terms, why the fuck did this video go viral? Perhaps it is one of life’s unanswered questions, a philosophical dilemma of Socratic proportions. To make matters worse, the vocal villain has produced another song recently with an equally creative title as her first release, "Saturday".

More recent a trend on social media is the urge to twerk, or to attempt to twerk at least. This was an act largely popularized by the likes of bootilicious women in clubs back in the day, especially via the back up dancers in videos produced by Sean Paul. Dass right, you know what we are talking about. “shake dat thang miss kana kana” –Please take a second to bask in the glory of the profound lyrics. Anyway, now it has seen a spike in numbers again. Only this time, the act of bending forward and shaking your bedonkadonk is being recreated by little girls (and some guys) around the world, recorded, and being placed on the internet for the benefit of sexually deprived fisherman who have a penchant for bad cinematography and child porn in the South of Indonesia. We view this move as a prime token of evidence to suggest the rapid devolution of class and mankind. It’s not funny. It’s not attractive. You don’t have a nice ass. And you are gross. That is all.

Guilty for having jumped on this bandwagon ourselves, we can’t really explain the phenomena of “Harlem Shake”. The trend took the world by storm as various people from all walks of society and from all corners of the globe emulated the humping gestures that later escalated into a drop of chaos and wild debauchery. No one stopped to wonder why this took off? Perhaps we can conjecture the world was in need of socially accepted sexual interpretive dances that allow throngs of people to shake it like a Polaroid picture. They say hindsight is a lens that offers 20-20 vision, well accordingly, WTF!

This was a ridiculously understudied trend. –Or so we hope. Basically, people thought it would be fun to try to balance their bodies in a parallel fashion over objects with relatively small surface areas, effectively balancing on their abdomens. Why was this cool? It’s still beyond reckoning, especially when held against its political and socially embarrassing historical context. Planking was a method of torture and punishment used by plantation farmers in the United States during the era of African enslavement. The harrowing act involved the forced balancing of “punishable” African slaves on similar objects of little surface areas, often made further painful by the stacking of slaves, one on top of the other. This is a trend that just goes to show that man is reckless in his endeavor to forget history, making a mockery of something that should hardly be considered a 20th century internet trend. Shame on you. Not only was it not funny, it was disrespectful of people whom the world has still not managed to fully redeem themselves before.

Selfies. The sweeping fashion of taking a photo of yourself, usually in a mirror, and usually an arrogant act that presents the idea that you think you’re a hottie. The move probably was an attempt to redeem the idea of hedonism, and make it a socially accepted practice. We can excuse the occasional selfie here and there, because lets be honest, the whole of social media is kind of founded on a principle of vanity and the projection of the self that we would like the world to see. However, when the practice escalates to become a daily, and at times, hourly affair, you have taken it too far. For fuck’s sake, when you turn your head 10 degrees and post another photo of your face while you claim to be engaging in wild “partying” practices… you are fooling no one. We can see the bathroom tiles in the background, bitch. Get a wet floor sign, because bitches be trippin.

This one was pretty exciting, only because it appeared to be furthering a philanthropic cause. Kony must be brought to justice! We must assume the white man’s burden, yes, even as Egyptian brown breads. It felt great reposting for a grand cause, showing the world what good Samaritans we were, offering two cents to a multi million-dollar sham. A prime example of American foreign policy capitalizing on the good will of people moved by tear jerking film making that showed the plight of a swollen bellied African in need of help, the unfortunate fact of the matter is that we all got Punk’d. What is now referred to as a “fake” video, it turns out the organization was not as non-profit as we had hoped. Lol.

We all love a smart ass. Especially when that smart ass appears in the form of one of technology’s giant companies, Samsung, and is pitted against an equally massive entity, Apple. The hoax propagated the story that Samsung, in a patent infringement lawsuit in which it owed 1.05 billion USD to Apple, sent the payment in pennies. Literally, truck loads of them. Seems pretty badass, we know. If only it had been true… But alas, such badassery is only a fact of fiction.

The year 2000 was meant to be the year to end all years. It was a widely popularized idea where everyone believed that all computers would malfunction due to the inability of the technology to handle a change in the yearly date digits from two figures to four. The scramble involved a desperate need to find programming that would be able to create an appropriate shift. However, like a lot of trends that get skewed by mass obsession with the matter, this too escalated into a belief that the world as we know it would end as soon as the clock struck 12. How dramatic. How embarrassing. How anticlimactic when the only losses that ensued at the close of the millennium were virginities around the world!

Arguably one of the worst trending articles in recent Internet history is the parody article posted by a comedic website called “National Report”. The article gave an extensive and fallacious explanation of an annual rape festival that takes place in India. The title of the article read, “The Assam Rape Festival In India Begins This Week” and provided explicit details as to a fake tradition in a village in India where the men indulge in a series of rape against the women. The women allegedly attempted to escape the popularized tradition but were often hunted down and became victims of the harrowing act. Especially in light of the recent spate of attention offered in international and Indian media towards very serious crimes involving rape and sexual harassment against women in India, the posting of such an article was highly inappropriate –to say the least. Frankly speaking, rape is not a joke. The article was a weak attempt at satire, and pressed against the boundaries of a very volatile and sensitive issue that applies on a universal level. When bullshit is sold as gold, we have a problem. This is why the fake “rape festival” article, believed by many across the world, deserves a spot in our list of Internet trends to invoke suicide. 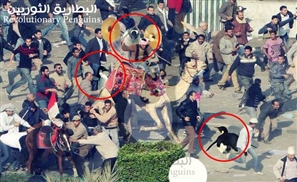 Showing us that Egyptian humour isn't dead, Revolutionary Penguins have added a [...] 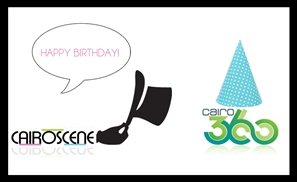 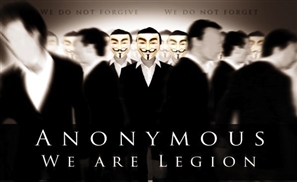 The geek warriors at Anonymous have decided to intervene when Israel threatened to [...] 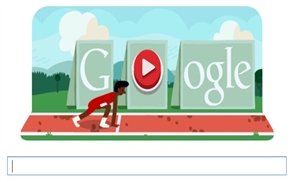 Every time I walk into the MO4 office, I begrudgingly communicate with my staff, [...]
Week Month Year